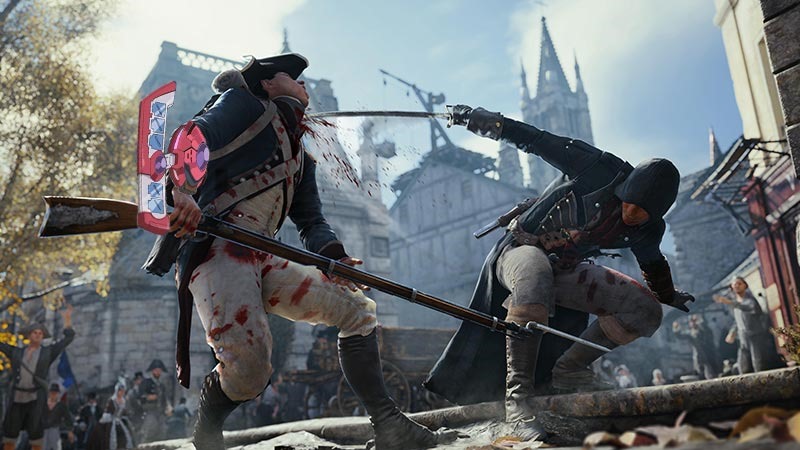 I’m a firm believer in talking out problems, arguments and conflicts. I’m also an even firmer believer in using a pistol to sort out said problems at a far quicker rate. Why, nothing works quicker than a slap of the glove on the face of someone who deserves it and a round of pistols at dawn. Especially when you happen to be a bastard who fires on the count of two, not ten. Expect to solve more problems with violence in Assassin’s Creed Unity,with a buddy by your side to help.

Ubisoft has brought out a new trailer for Assassin’s Creed Unity, this time focusing on the co-op aspects of the game. You’ll still be completing tasks in the game as your version of Arno, at least on your side of the bandwidth bridge. But when you meet up with pals in a local dingy Parisian pub, they’ll be presented as a “ghost” version of the lead character.

When you join one of their games, your character will be randomly generated to differentiate himself from their Arno, but he’ll keep his look for you on your end. It makes more sense when you see it in action, believe me. Assassin’s Creed Unity drops on November 13.