Everyone knows Hello Games. Or, at least, everyone knows of them now that No Man’s Sky has propelled itself to the top of the hype chain – holding imaginations up for ransom and refusing to let go until launch. Hello Games is, in fact, no stranger to success though, with their incredibly popular Joe Danger series kicking off the studio’s life in the best way possible. A success story that nearly left No Man’s Sky to remain an idea, and nothing more.

Speaking in a lengthy interview with IGN, Hello Games co-founder and creative director on No Man’s Sky, Sean Murray, looked back at some of the hard choices Hello games had to make when choosing to pursue No Man’s Sky. Originally called Project Skyscraper, the entire project began as an idea that was used as nothing more than conversation fuel – keeping other Hello Gamers enthusiastic about making games, even if it wasn’t the one Murray wanted to actually create.

“We used to talk about the other things we were going to do. This idea – this Project Skyscraper idea – was so ambitious, silly, and aspirational it almost wasn’t real in our minds. But it was a thing you could talk about and get excited about no matter what else was going on, and almost think we won’t be doing Joe Danger forever.” 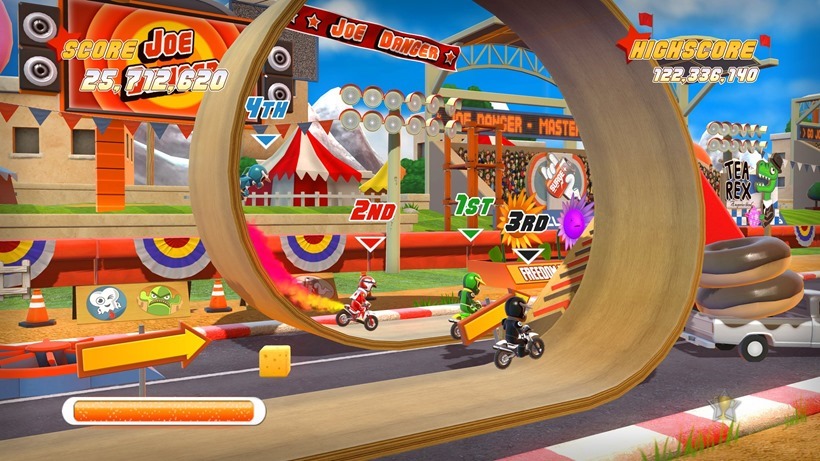 That is, however, until Joe Danger became a roaring success for them, spawning two console titles and another two for mobile. Success isn’t something you look in the mouth, but for Murray is was personally bittersweet. Yes Hello Games was making good games people wanted to play, but it also made it harder for him to introduce an entirely new game. One that he desperately wanted to create.

Until a single line of code was written, after which there was no looking back.

“I was just here really late one night,” Murray tells me. “I was arguing with a publisher at the time – just about stuff to do with the game. I had to wait all night for a phone call, and I just started programming. Just as a break almost – clear my mind – I started work on what would become No Man’s Sky.

“I started writing an engine, kept it going in my spare time. When the other guys – Dave, Grant, and Ryan – came in the next morning, I was like, ‘I’ve started. I’m going to make Project Skyscraper.’”

Creating a game that hinged on procedural generation to create a universe that the potential collective player based might never fully explore sounds like a ludicrous idea, but it was one that Murray truly believed in. He was under no illusion about how ridiculous it sounded to everyone else though. For that very reason, and because Joe Danger 2 was still being wrapped up, a small team of four was assigned to creating No Man’s Sky – entirely secluded from the rest of the studio. 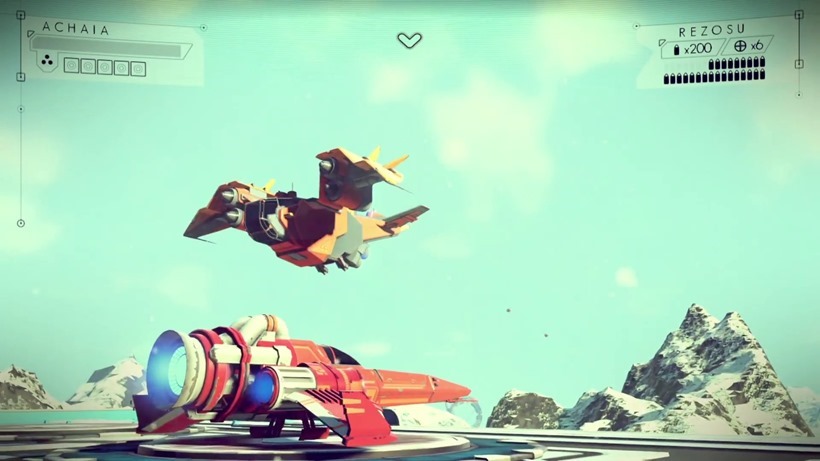 Nearly a year later, and Hello Games stole the 2013 VGX Awards with their debut of No Man’s Sky – a game they had not only hidden from the public, but basically every single publisher they could think of. A risky, silly move that Murray thinks could’ve gone either way.

“So we did something really stupid which was just announce the game to everyone at the same time. Sony had never seen it before, Microsoft hadn’t, or anything like that. We just went… ‘Here’s the trailer.’ At a really high-profile thing which is the Spike awards. That was a big deal, as if the public reaction – had it been bad – would’ve been end of days for us. It was such a risk. If no one had liked it, it would’ve been publicly… Nobody likes this. You’ve shown it to millions of people and none of them like it. Forget it.”

Murray even tried to have the trailer pulled at the last second, in the fear of having unanimous negative reactions to it. That, as you know, didn’t happen, with No Man’s Sky trending worldwide for days after the conference. Days that saw the entire Hello Games studio flooded and essentially destroyed – an emphatic low after the immeasurable high No Man’s Sky put the team on.

But despite that, Hello Games hasn’t looked back. As Murray states, the flood acted almost as a palate cleanser – a complete reboot for the studio to get into the rhythm of being a No Man’s Sky team. It’s part of the reason why such a small team is still having an incredible impact at conventions like E3, and why No Man’s Sky is still one of the most anticipated games on anyone’s watch list.

There’s no release date yet, but I feel as though it isn’t too far off. And before you know it, you’ll be discovering unique planets in your very own spaceship – a dream come true for Murray and his talented team.