Home Gaming Journey could launch on PS4 this month 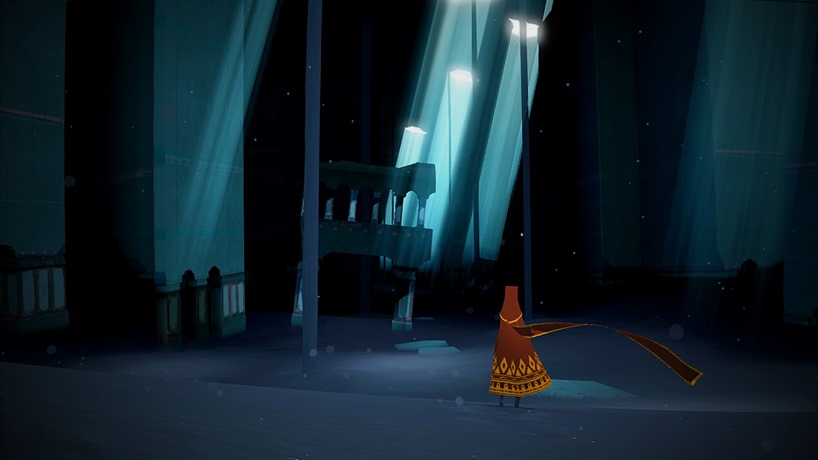 If you don’t know it yet, I absolutely adore thatgamecompany’s crowning PS3 title, Journey. The charming, relaxing and bite-sized adventure stands as one of the best games I’ve ever played, reducing me to a drooling idiot when I saw it on PS4 in the Sony Room at E3 a few weeks back. Sony has been tight-lipped about its release, but a small PSN leak suggests the game is really, really close.

According to documents on Docs for PlayStation, the 60 FPS remastered beauty will launch for digital download on July 21st, which is just shy of two weeks away. Considering its absence during Sony’s keynote at E3, this would be a rather unsuspected surprise. That said, I saw the game at various states on the show floor – and it certainly looked locked up and ready to go at a moments notice.

For those of you who never had a chance to pick it up, Journey is an emotional tale of a singular robed figure and its quest to reach an ominous mountain on the horizon. That’s a really condensed, diluted version of a game that really needs to be experienced rather than explained – sticking with the experimental, arty ideals that developers thatgamecompany so eloquently showed off with Flower and FlOw. If you did pick it up on PS3, you’ll get the PS4 version absolutely free. And even if you didn’t, it’s well worth any asking price that Sony is planning to slap onto it.

Suffice to say, I’m extremely excited to go sand dune surfing in the gleaming sunlight again. And if you’’ haven’t yet, you should be too.