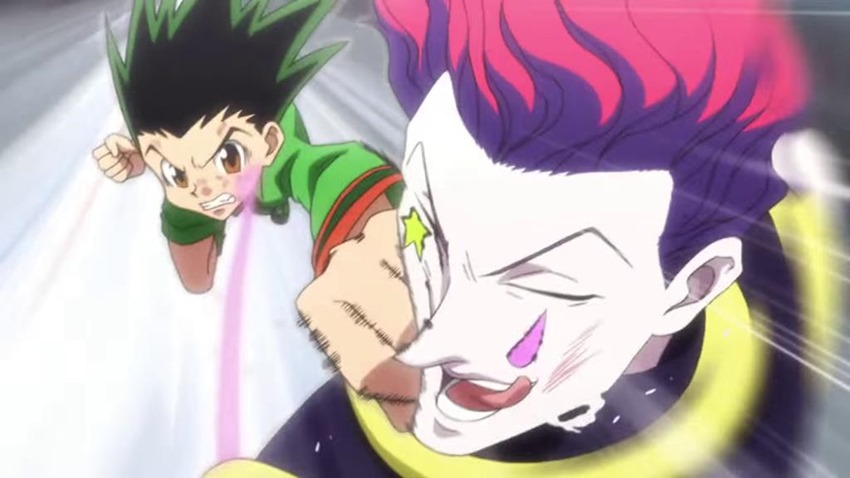 Jump Force! A sprawling fighting game featuring the most popular characters from across the history of Shonen Jump magazine! And even a few characters from Bleach! Oh man, how the might have fallen. Anyway, Shonen Jump doesn’t just look great, it plays great as well. With every punch having the explosive force of a Hydrogen bomb and a roster that includes Monkey D. Luffy, Goku and Naruto, Jump Force is a fan service fighting game experience that should be the final word in “who would win” arguments.

After all, what’s better? Chakra or Haki? Reiatsu or Ki? Here’s another power fantasy to add to the mix, as Jump Force will also feature a pair of Nen-wielding masters in the form of Hunter X Hunter’s Gon Freecss and Hisoka. Here’s a look at the scanned page reveal, via All Games Delta: 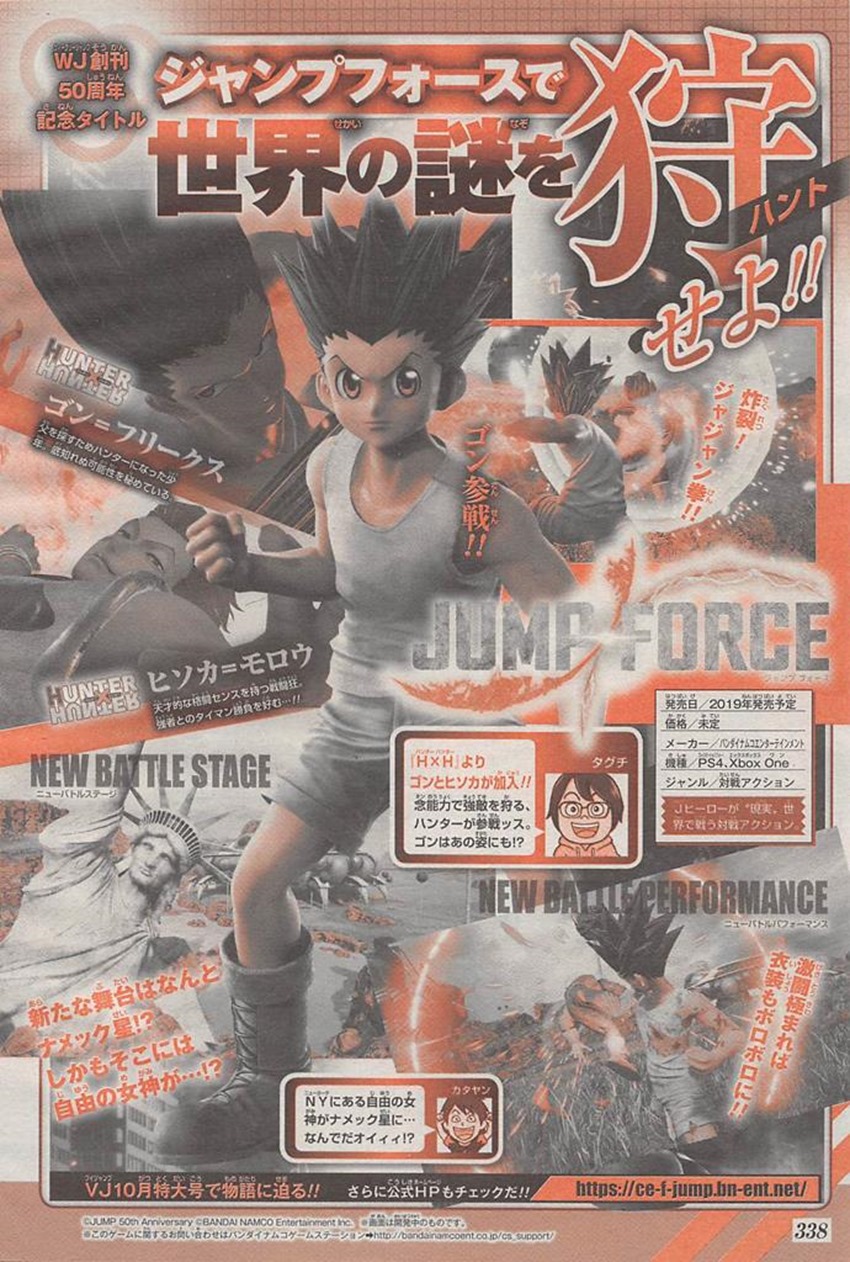 If you’re unfamiliar with Hunter X Hunter, then buddy you have missed out on one of the best anime series around. It starts out like your typical Shonen anime, dropping likable characters and deadly enemies into its narrative, but around a third of the way into the series the poop hits the fan and the show evolves into a gorgeous beast of well-defined protagonists and antagonists.

Holy hell, the Chimaera Ant arc alone is a masterclass in upsetting the established equilibrium of a genre. It’s also the kind of anime series that has some very very weird moments, such as watching a masochistic clown assassin get his rocks off at the thought of a young boy being almost powerful enough to deck him in the schnozz:

So how does Nen perform in comparison to Naruto’s ninjutsu and One Piece’s Devil Fruit abilities? It depends! A highly variable system, Nen is a versatile power source that manifests itself in some very unique ways. In the case of Gon, it primarily enhances his abilities and allows him to fire off almighty attacks using his trademark Rock-Paper-Scissors technqiue. For Hisoka, his Nen allows him to manipulate objects and people with his “Bungie Gum”, that creates a springy link between himself and his target.

There are other techniques that the two characters possess, but I don’t want to spoil them here in case you decide to binge on the anime. You’ve got plenty of time to do so, as Jump Force will only be out in 2019. 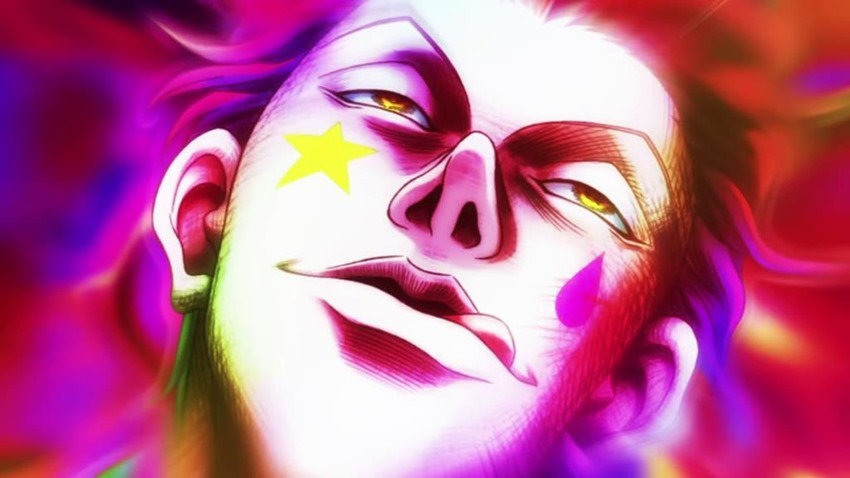