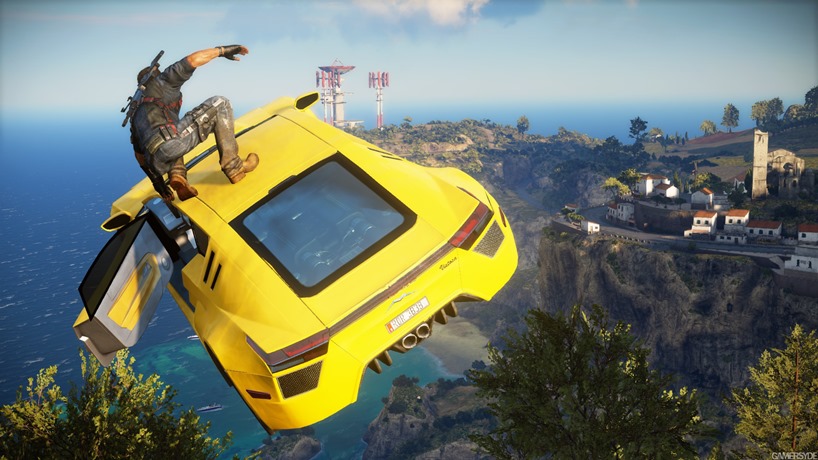 Just Cause 3 was, unsurprisingly really, a standout title for me at E3. Despite not actually going hands-on with the sandbox destruction simulator, the footage I saw of the game in action had more jets, oil plant explosions and destructive tethering than any heart could ask for. The only thing really missing was multiplayer – a mode which Avalanche isn’t going to support.

Just Cause 2 didn’t have multiplayer either, but the functionality was eventually modded in by the die-hard community years later. There’s no doubt that the same will eventually be done for the imminent sequel, but this time console players could also get in on the MMO-like mayhem. That’s if Avalanche actually get mods working on console – just like Bethesda with Fallout 4.

Speaking to Gamespot during E3, Just Cause 3 creative director Roland Lesterlin expressed his desire to finally get mods working on console too – promising that it would be something his studio will look at properly this time.

“We’ve been wanting to do quite a lot of that stuff for a while. We’re not announcing anything there yet, but… we would want to support [mods] as much as possible.”

Modded multiplayer could potentially connect hundreds of compulsively mischievous Ricos into one map – creating endless mayhem filed possibilities for competitive, co-operative and just generally crazy free-roam play. It sounds a hell of a lot better than the asynchronous, leaderboard challenges that Avalanche is currently calling multiplayer too.

It is, however, a pipe dream for now. If Avalanche can’t get mods working on console, then it’s likely this unique brand of fun will be reserved for a single platform again. It’s a shame really – and especially so considering the studio could’ve taken a hint and actually added it themselves.