Home Gaming Karma will bite you in Infamous: Second Son 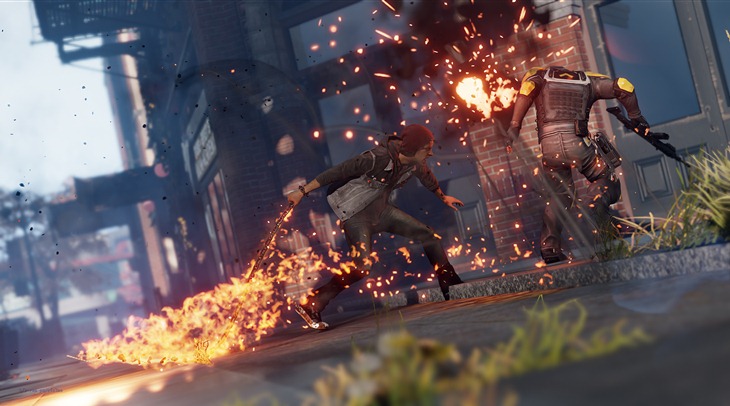 I’m plenty happy to be an early adopter of the PlayStation 4. Sure, the argument right now is that there happens to be very few games out for the system, but that’s actually a good thing. Games are expensive enough as it is, and one quality game every month is more than enough for me. And March is going to be my Infamous month.

Infamous has always been a game about choices, with the previous titles showing off your good/evil decisions in ways that were about as subtle as a brick at a political rally. In the new game, those choices are going to matter more than ever, as karma can be a right bastard at times. “What you do with that freedom is the player’s choice,” game director Nate Fox said to Polygon.

You can either walk the high road and try to prove to people that Conduits are good; redeem Fetch and show her how to be that hero character. Or you can choose to be a jerk and corrupt her, you can turn her into a killer.

We’re charting what you do second-to-second. We’re making sure that if you said you’re going to try to be evil, you stick to it and keep up your mayhem levels. And if you’re good we say, ‘Hey, did you screw up and hurt somebody innocent?’ and we zap you for it.

Fetch by the way, is the new character seen in the video above and the screens below. As for the karma system, it’ll be symbolised by the two birds on Delsin’s jacket, with the red standing for chaos and the white standing for order. Walk too close to the dark side or stay on the straight and narrow, and one of those birds will begin to dominate the other. That’s visually neat.

And of course, combat plays a large role in all of this. “Delsin can choose whether he wants to obliterate enemies or take them down alive,” Fox said, as he described the moves that included headshot kills and non-lethal takedowns.

Your powers evolve differently based on whether you’re a hero or villain. If you’re a good guy, you get more surgical strike abilities to fight the enemy and avoid civilians. If you’re bad, you get more indiscriminate powers, you’re just all about mayhem.

I still played Infamous: Second Son back at E3 last year, and I had a blast. It’s as challenging as ever, looks sublime and the visuals just pop. Don’t believe me? Then pause your torrents and download this 900 megabyte video of uncompressed footage.

Infamous: Second Son is out on March 21 for the Pee Ess Fawr.

Back to the Future, E.T., Jurassic Park, and The Goonies are currently in the top 10 at the US box office

GREAT SCOTT! Thanks to the COVID-19 lockdown resulting in very few new movie releases, the…