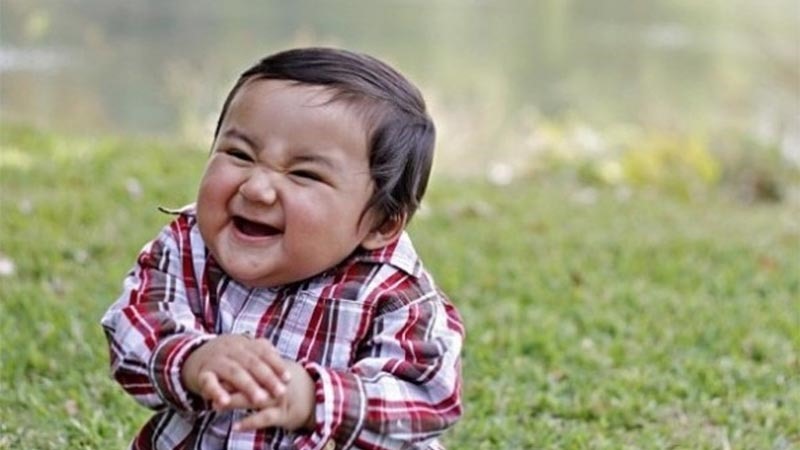 Skaldic games, the folks behind the juvenile LGBT-bashing game that was on Steam’s Greenlight before being summarily removed are not particularly well liked by the internet at large. Their tasteless game, “Kill the faggot,” has stirred up a hornet’s nest of controversy – precisely as they’d anticipated. They’ve now released a statement about why the game was released – and as you’d expect, it’s as juvenile as the game, predictably saying it was all done as satire – and as a social experiment.

Wow surprised how much response this game got. So some points on why this game was made and released.

2. Originally this was only going to be a part of the other game, but I decided to release it on Greenlight to see people’s reactions. The reason behind this particular game is because of how tired I am of people being overly sensitive and how easily offended people are by every little thing, especially with LGBT issues. I have worked in the game industry since 2007, so I know that’s how the game industry pretty much is. I didn’t make this game to attack LGBT people personally, and no I don’t hate gays and think they should be treated farily, but I made this game just to piss off those people that are way too overly sensitive, which includes straight people. These people that think if you are even remotely homophobic, you are “hateful” and a “bigot”, and do everything they can to destroy you in every vicious way possible.. So I decided to go down a path that most developers are afraid to go down: to piss these people off by making the most overly offensive game possible to these idiots to prove a point. The point being that a crappy made video game would offend people so much. I mean so offended that people will waste all their time posting on forums, redit, etc of how disgusted they are, offended, how much everyone involved in the game should die, and even getting into large debates over it of how worthless and evil we are, etc. Lots of people are sending very vicious and disgusting emails as well, and it just proves that my mission was accomplished in pissing off these people, and how many of these sick people in the gaming world there are that would wish all kinds of physical harm on me. I mean come on, its just a crappy made video game made by a no-name developer. Why do you care so much? It’s obvious no one in their right mind would take this game seriously. If someone made a “Kill all straight white people game”, I would totally play it and have a laugh, as seeing it wasn’t made to be serious. Keep sending all the threats and hate mail though, its a fun read, and proves you have no time on your hands.

3. Obviously this game was made in only a few days, so for people complaining about the game’s graphics and lack of gameplay, we agree with you on that one !

4. People are saying this will hurt our business and future development. We are self-funded, and if this game ruins any future sales, then so be it. We will continue releasing games even if they don’t sell. We are not about profit, we are about making great games.

5. Of course we don’t endorse killing or murder of any kind. This game was not meant to be taken seriously.

6. Send me all the hate mail you want, but stop sending out vicious hate mail to our actors and licensed bands. They have nothing to do this this mini-game, and are not featured in it. That just proves my point that the majority of the LGBT community are truly the hateful ones, sending threats and horrible messages to everyone they think is involved with this project.

7. As for an apology. Ain’t gonna happen. To everyone that got overly offended. Good, thats what we were going for. Just wait for our next game we are working on, its gonna be way more offensive as this one.

The whole thing was created to prove a point, says Skaldic games. Unfortunately for its head, Christian footwear promotor (via Ars Technica) Randall Herman, the points it’s proved is that he’s an asshole.

One of the bands brought in to do some of the audio for the game has said they had no idea what it would be used for, and has denounced it all. Member of Irish folk metal band Cruachan, Keith Fay, says this on Facebook:

It’s just been brought to my attention that a game featuring my voice as well as my girlfriend Rachel Lally (also music by Cruachan) is involved in sending messages of hate towards the LGBT community. The company is called Skaldic Games and they have released a game called “Kill the Faggot”. A disgusting game where you get points for killing gay people and penalised for killing straight people. We did not know anything about this when we agreed to appear. A statement was released by the games company that tried to explain their intention. The statement was juvenile and bizarre, basically saying if you are offended by the game you are an idiot. Well i am offended and I am not an idiot. We cannot condone this game and hereby disassociate ourselves with it and Skaldic games. We are all for free speech etc. but not when it’s spreading hatred towards a demographic.

[Thanks to Chris for the tip]