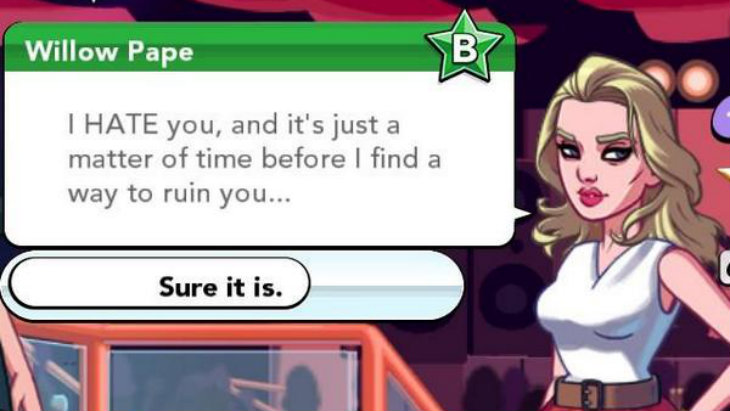 Oh the horror of Error 37 – gamers all know the pain of servers going down and love to rage about it. I guess even Kim Kardashian players are real gamers, then, considering their fury when servers went down on Friday night.

The game went down on Friday, just at the start of a double-money earning weekend for photo shoots. Twitter just about exploded with tweets. Some of the early ones just raged:

Keep on with this broken game and I won’t watch KUWTK ever again. @KimKardashian

Then someone decided to start the hashtag #fixthekardashiangame – which ended up trending. Even Glu Games (the makers of the Kim Kardashian game) used it.

#KimKardashianGame fans apologies for the down time, we’re working to have you back in Hollywood as soon as possible! #fixthekardashiangame

Judging by the hashtag, it looks like the game might even be going down again at the moment. I suppose this is what happens when you make a game expecting it to be small and crappy, and then it gains an enormous following. With tons of people playing it and it breaking onto all the top app lists, the servers simply couldn’t handle the strain. It seems that they have boosted capacity, but it’s still going to be tough for Glu Games to keep up with demand.

I still can’t believe how much money this game is raking in, how many people are playing it. I know it’s just celebrity simulator, but I’m getting strangely curious. C’mon guys, fess up – are any of you playing this game? Is it secretly a lot of fun?