If you missed the previous entries, maybe take a few minutes to check out part one and part two. Done? Good, we’re all on the same page now. You might have noticed from the previous entries that Kingdom Come: Deliverance (KCD for short) has left me filled with mixed feelings. At first it frustrated me, then I loved it. Now, I’m somewhere in the middle.

Let’s get this out of the way: I still haven’t finished the game. I’ve logged nearly 60 hours into the game, so I think I can review it with authority, but I really wanted to comment on the ending and whether or not it is a satisfying conclusion to the narrative. Unfortunately, I encountered a game-breaking bug and couldn’t progress any further. After finishing a mission and returning to the questgiver, the next mission refused to load. The game just left me stuck watching the plot-critical NPC slowly walk away into the Bohemian wilderness. I tried the conversation again several times, but the bug persisted. Eventually, I just threw my hands in the air and kept playing, waiting for developer Warhorse Studios to release a patch that fixes this. 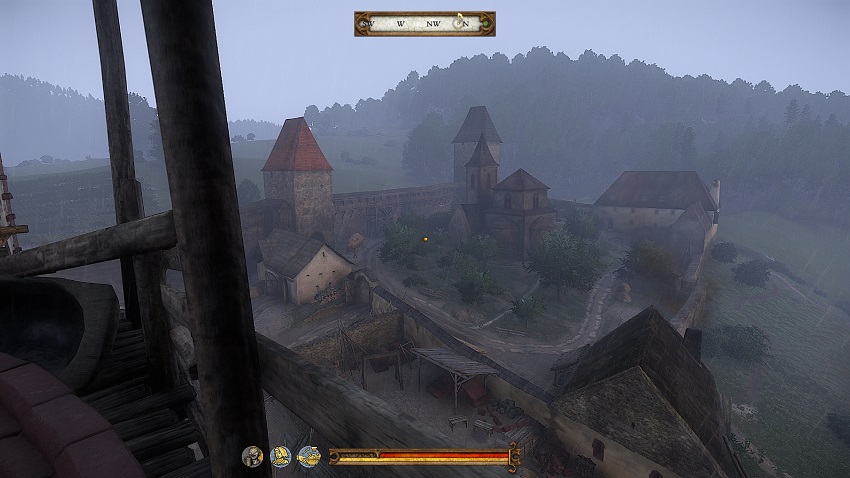 With no way to advance the plot, I went into the sidequests. Like I mentioned before, KCD does show a wonderful variety in its missions, and even simple thieving jobs or fetch-quests have unique dialogue or potentially dire consequences. Unfortunately, two missions ground to a halt because of bugs. In both, critical NPCs simply vanished off the map and made progress impossible. I stopped playing shortly after finding these issues, because some sidequests run on an invisible timer and can fail suddenly. I was not going to let the game fail me because it couldn’t run properly.

So as it stands, I’m not ready to pick up KCD again until Warhorse Studios finally release the eagerly awaited patch 1.03. According to their Twitter feed, the patch launched last week for PC and will be available on consoles soon. I’m hesitant to conclude the review because in a few days the game may contradict a lot of what I say.

Kingdom Come: Deliverance is an ambitious, yet deeply flawed game. It sets out to provide a historically accurate depiction of 1403 Bohemia (modern-day Czech Republic), but it is hindered by bugs and questionable design elements. The more time I spent with it, the more I began to see the cracks in the overall design. As I mentioned previously, there is very little of Bohemia that will stick with you. It’s as if the world design mentality was to play it safe, and not throw complex moral dilemmas or ideas at the player. Exploring the world is still fun, and it’s easy to get lost soaking up the atmosphere of the woods or the architecture of the cities, but it lacks a true identity and will ultimately come across as shallow. 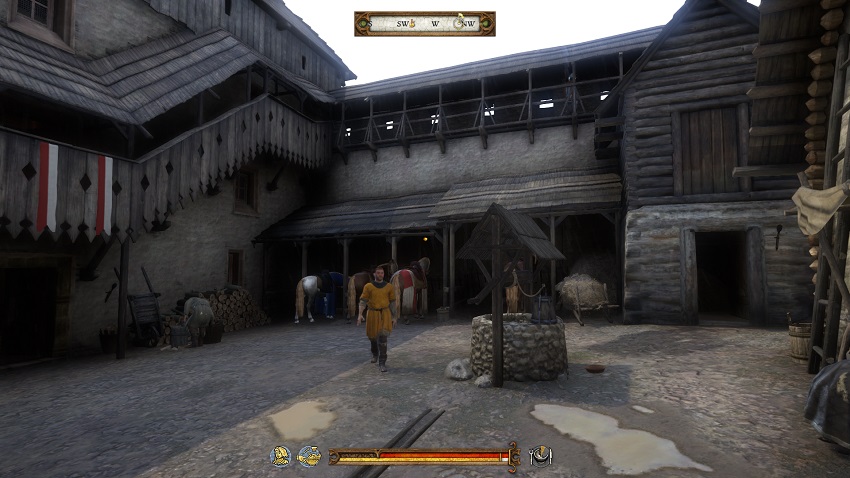 To add to the sense of realism and authenticity, KCD features gameplay elements that may seem archaic or beginner unfriendly. If I wasn’t already a huge fan of historical European martial arts (HEMA) then I may have had issues with the combat. It tries to be technical, but suffers from issues like unregistered inputs or a general clunkiness. It’s also an exercise in frustration trying to change your lock-on target, which leads to a lot of death in the early hours. Speaking of early death, KCD features a bizarre difficulty curve.

The game starts off frustratingly difficult as the player takes their first few stumbling steps into the world. Initially, there is a lot to learn as a player, and your character needs to learn and develop too. It feels like strong roleplaying and character development as you watch the protagonist Henry become a badass, slowly transforming from prey to an unstoppable death machine. However, the difficulty curve can plummet startlingly quickly. As I was waiting for a patch, I overlevelled Henry and clad him in impenetrable armour. Suddenly nothing could harm me, and any fight was won by spamming the thrust attack. Gone was the need for stealth, ranged combat, and the tactical duels. Instead, battles were won because my numbers were higher than the enemy’s, and Henry become something that hunted humans for sport. I mentioned previously that the game doesn’t level enemies according to the player, and instead there are just foes that are too strong for you. Unfortunately, that means that fresh challenges become rare after a certain point because enemies simply won’t pose a threat to you unless you’re heavily outnumbered. 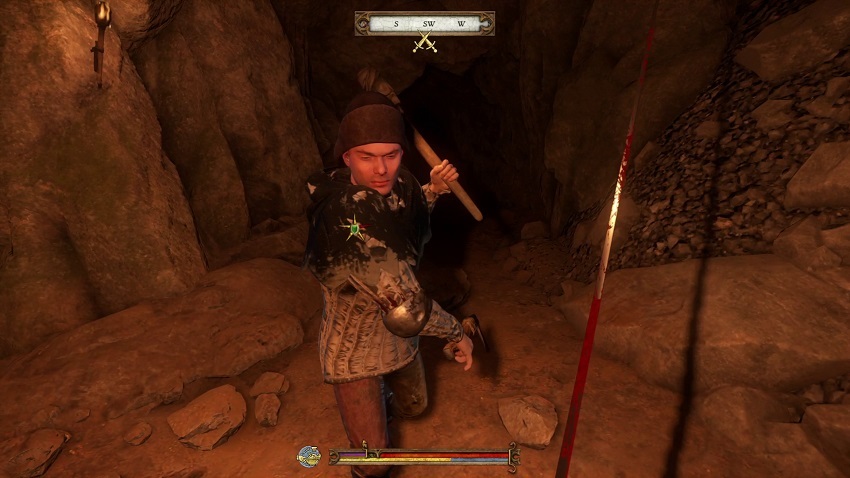 Granted, this might not necessarily represent the endgame of KCD. Perhaps more powerful enemies and challenges are introduced later in the story, although I have no way of knowing. The story itself is engaging and straightforward, if a little unimaginative. Henry is on a path of revenge, and he quickly becomes embroiled in larger events. The narrative does a good job of investing players, and there are enough surprises in the plot to keep people guessing. The bigger reasons to keep questing come from the terrific mission variety, and Henry himself. While the world feels shallow, Henry remains an interesting character, one that is easy to connect with. Players will want to see him improve, and become invested in his struggle to be stronger, even though he can be too powerful quickly.

This entry in the review is more negative than those prior, which feels representive of my opinions of the game. Having spent this much time with it, I see the flaws, the cracks in the design, the gamebreaking bugs, and the missed potential. However, my overall experience with Kingdom Come: Deliverance is far from negative. I kept playing because I was invested in the character, because I wanted to see him grow and develop. I wanted to learn the gameplay systems, and get good at them. I found the game to be one of the most engrossing and absorbing RPGs I’ve ever played, one that offered an experience quite unlike anything else I’ve found in the genre. It wasn’t until the bugs halted my progress that my experience soured.

The personally heartbreaking thing is that this bug doesn’t affect everyone. I checked online and found that some people can progress normally, while others like me just happen to draw the short straw. It makes KCD difficult to recommend, because you may log 60 hours only for the game to break. Save yourself the potential dismay and wait for the next patch to clean things up. At least, that applies to PS4 and XBox One player, PC gamers are already living in the magic world of mods and quicker updates. 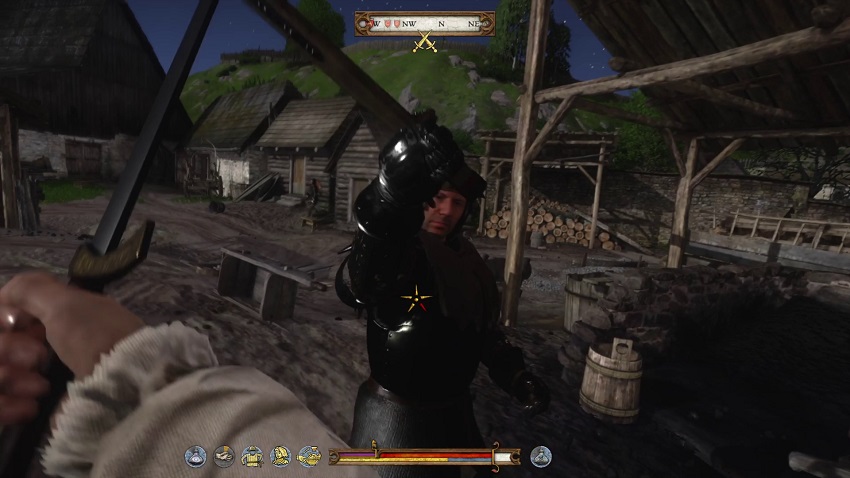