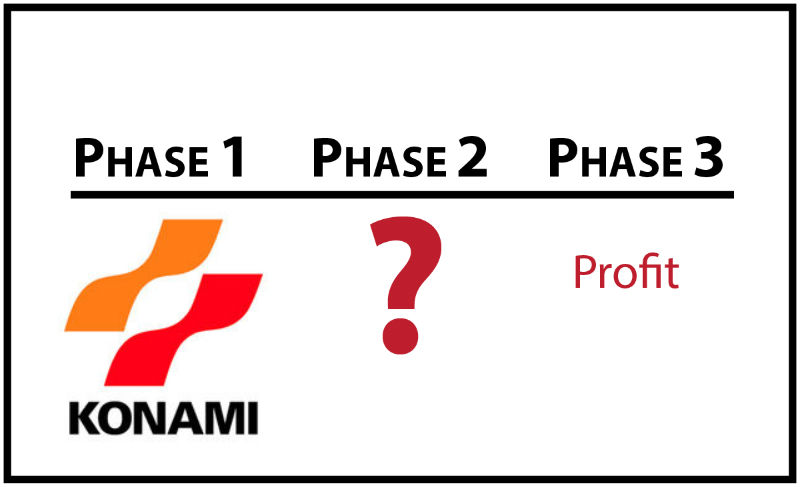 Konami has become a bit of a joke lately. The drama with Kojima, the fall out around Silent Hills P.T., and even their refusal to make the games players keep begging for (read: I just want them to make Suikoden, please), it’s all enough for us to bet that they are in a downward spiral towards bankruptcy. However, that’s a losing bet at this point.

The financial year end has come to a close, and Konami has made some cash. A lot of cash, in fact. The company is reporting growth in net income of 147%, increasing from ¥3.8 billion ($31.7m) in 2014 to ¥9.5 billion ($79.1m) for the year ending March 31, 2015. However, Konami has predicted exactly the same margins and profit for next year – after 150% growth, a flat year despite the release of MGSV? I guess they realise that they might not continue to grow thanks to recent revelations.

Most of the controversy has come to light after the point when it could impact the financial year. However, it will be interesting to see how the company does in the coming year. I often tell Gavin that people care about issues and will make this opinions heard with their wallets. He always replies by saying that people like to make noise but rarely change their actual behaviour.

He’s probably right, but I like to think that gamers are sufficiently outraged to make their displeasure known to Konami. Then again, Konami isn’t relying on console gamers anymore – they’ve changed their model to make most of their money from mobile gamers. In fact, they probably don’t care what we’re saying about them; mobile gamers continue to throw enough money at them to stop caring about Kojima or their die-hard fans.