Home Features The Late Game: Can Ubisoft still save For Honor? 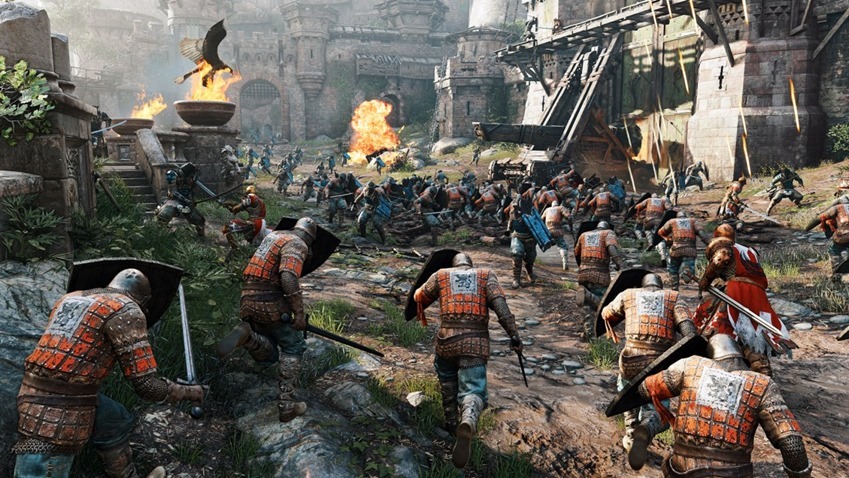 Ubisoft Montreal’s peculiar medieval fighter generated a lot of excitement around its release early last year. Where the company’s out-turn was in an uncertain place – AC: Origins and Mario + Rabbids still a ways from release – For Honor stood pressed to reinvigorate Ubisoft’s line-up with something markedly fresh in the multiplayer sphere. The game mostly delivers on its promise of technical and precise weapons combat, while chart-topping February sales stand as proof of the concept’s novelty, but its implementation of an archaic and broken peer-to-peer connectivity system quickly dashed all hope that For Honor would be gamers’ next competitive treasure. However, it seems Ubisoft have suddenly and miraculously unearthed the cryptic alien technology behind dedicated servers and plan to apply them to the game in its fifth (FIFTH) season update. Player numbers are said to have plunged rapidly after release but, with its publisher recently growing the impetus to fix their ‘failed’ online games, can For Honour still be saved?

Any who partook in the title’s pre-release beta and opted not to purchase it may be surprised to learn how strong its initial sales were. They only sit at around 1.5 million copies since launch, but nevertheless topped the charts in Japan, Europe and the US when For Honor came to market. The game offered taut and relatively tactical team-based combat in an alluring setting; with an actual skill curve and fighting that emboldened practice and patience. It was a new IP at stage when Ubisoft’s flagship franchises were continuing to fumble and falter. But players were disappointed when an abominable net code made it practically unplayable for most.

Though battles in its 4v4 Dominion mode were suitably tense and entertaining affairs when they worked, the unpredictable nature of one’s connection made it a thankless and taxing exercise overall. It was marked a sizeable missed opportunity and gamers promptly moved on. The developers continued to support their work with new characters, balancing updates and a new 4v4 mode called Tribute, but has yet to see a resurgence in the player base. This is in stark contrast to Ubisoft’s other recent multiplayer releases The Division and Rainbow Six: Siege. 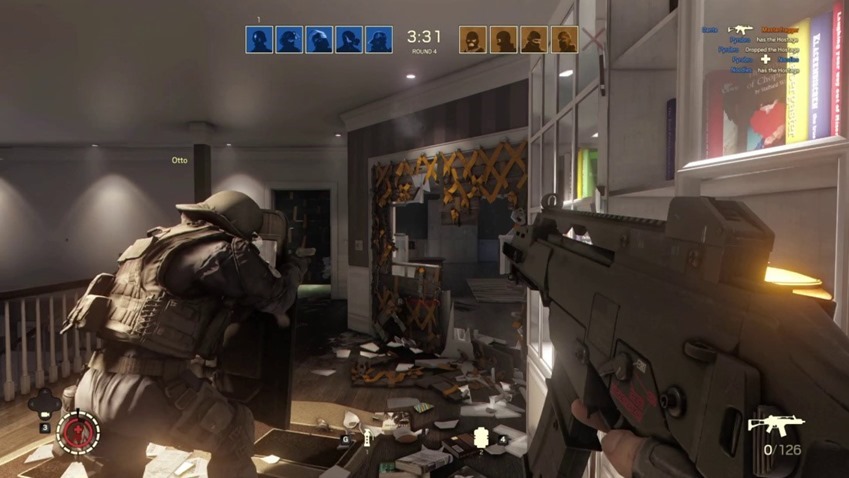 In an age where multiplayer games with less-than-stellar debuts are so often discarded, burnt and neatly erased from history by their own cannibalistic publishers, Ubisoft have admirably shown a strong aversion to this philosophy in the last year or two. The Division’s sales were predictably strong and still see considerable bumps in numbers every few months. These bumps are entirely down to the effort Massive Entertainment have put into their title since its launch. When it arrived, the divisive Tom Clancy game was criticised by fans and critics alike for many reasons: its lack of content, its rampant issues with griefers and the classical Ubisoft post-E3 graphical downgrade. Similar issues plagued Rainbow Six.

At present, The Division is something closer to what it was pitched as. The streets of New York have opened up considerably, its PVP ‘Dark Zone’ has seen several improvements and the ‘Survival’ add-on gave fans a new way to play – as well as motivated players both old and new to dive back in. The same can be said for Siege, whose launch was equally as pandered as the prior, but today enjoys a large and active player base that have given the title new life and it’s now deserved place as a must-play team First Person Shooter. Whether or not Ubisoft Montreal will be able to engineer such a revival is as yet unclear.

In order to experience the rise in player counts that its familial titles have, For Honor will need to supplement its addition of dedicated servers with a range of improvements and new additions in the vein of The Division and Rainbow Six. Its gameplay is nuanced, but all too often devolves into a frenzied button-mashing contest, while its game modes are few in number and lack much real notion of originality or detail. Ubisoft Montreal will have to pursue developing mechanisms that actively encourage playing the game with the level of tact they intended in order to entice the kind of crowd that actually sticks around. Its focused 1v1 or 2v2 duels provide a decent platform for fine-tuning the art of combat, but its larger scale 4v4 modes are its main draw and need to be expanded upon. Ubisoft needs to conjure more modes that require and reward cooperation, put up walls to block character spam and rework the way it handles its cosmetic customisation and additional paid content (removing it entirely seemingly being a bit much to ask for these days). 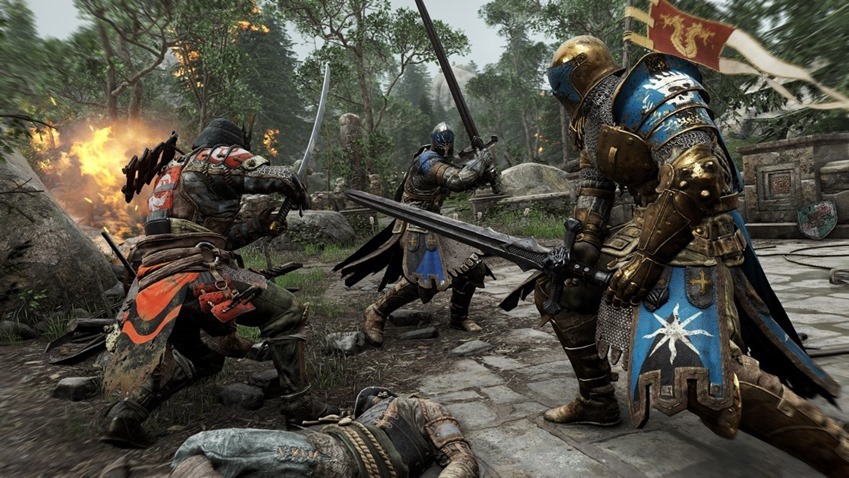 When it comes to forging a rift in your community, few tactics work better in gaming than locking content up behind paywalls. Characters in a revived For Honor would need to be more easily accessible through in-game points rather than designed to force more money out of the player. The title has simply rested on its laurels for far too long to make demands as soon as it begins to show potential again. Siege locks its Operators behind DLC passes, but has been making up for its mistakes in other departments since launch. These types of decisions create goodwill with an audience; as does constant communication and effort from the developer to said audience.

Speaking of Siege, Ubisoft Montreal can take a few more cues from that title in terms of its marketing. For Honor’s streaming life died along with its initial hype and so the studio can only rely on bettering the game in tangible ways to bring back any real interest. The launch of dedicated servers is an opportunity to saturate portals like the PlayStation Store with the title all over again in the shape of free weekends on a regular basis. The same strategy did wonders for Siege as players were incentivised to give it a go and often treated to discounts off the price of the game should they play the trial. Finally, it probably wouldn’t hurt to see the game rereleased as your typical ‘Definitive Edition’ to spike awareness, just so long as it remains in line with For Honor’s current price. But that could be wishful thinking. 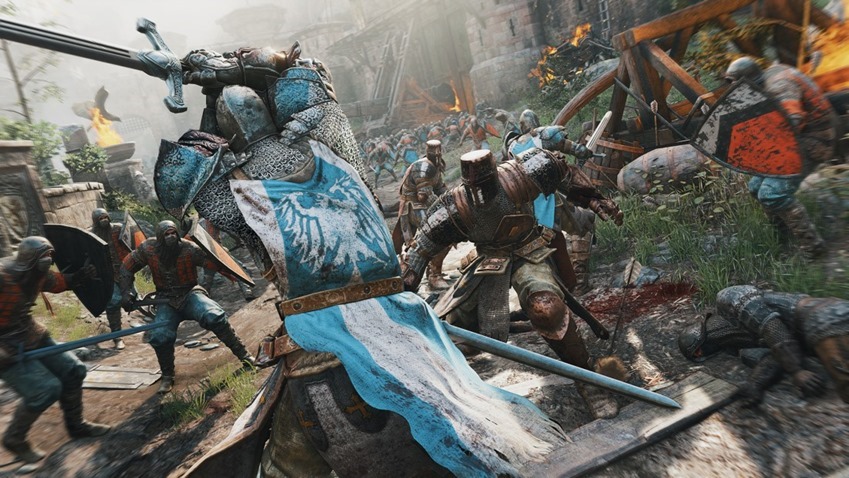 The future (or lack thereof) of For Honor depends entirely on Ubisoft Montreal’s actions in the coming weeks. The title has long faded from the limelight, but has a clear opportunity to reassert itself. Its banal excuse for a campaign may be a lost cause, but the core experience of combat and teamwork in the title are worth saving alone. It’s easy to imagine that it may be too little, too late for For Honor, but if the success of Rainbow Six: Siege and even The Division have proven anything; it’s that Ubisoft is entirely capable of surprising us every now and again.