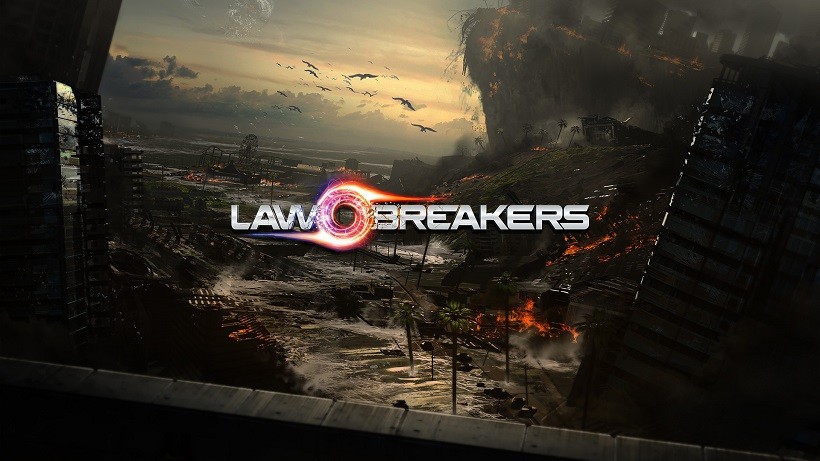 Back in July last year, former Epic Games extraordinaire and Gears of War creator Cliff Bleszinski founded Boss Key Studios with Arjan Brussee. The studio’s first game has lived under the name Project Bluestreak ever since then, with the team revealing a not so revealing in-engine trailer for the title in April. Last night though, we finally got our first look at the game properly and Lawbreakers is certainly looking interesting.

During a livestream Blezinski, Brussee and the rest of Boss Key revealed their free-to-play PC shooter Lawbreakers. The game is set on a near future Earth, where experimentation on the Moon’s surface has lead to a cataclysmic event know as “The Shattering”. The moon split in two, and subsequently messed up a lot of things on the Earth it orbits. Gravity in particular was drastically changed, fracturing countries and forcing humans to adapt.

And for a time, they did. Until drugged up cartels stating using the altered gravity to bestow superhuman abilities on themselves, leaving a unified police force to take them down.

That’s the fluff behind the now 5v5 multiplayer shooter, which will experiment with gravity-bending mechanics. As a gang member of peace bringer, players will be able to use grappling hooks, jetpacks and more to essentially make the ground lava – with Bleszinski alluding to the idea that the floor isn’t exactly the most conventional means of getting around. You’ll also have all sorts of guns to, well, shoot stuff with. Duh.

Bleszinski also confirmed that half of the playable characters in the game will be women, with the designer stating that Boss Key wants “all players to feel represented when they play”.

No gameplay was revealed during the stream, but Bleszinski has since tweeted that there will be footage shown as early as Friday – with the game being playable at a secret location during PAX this weekend. Lawbreakers is currently slated for 2016, and we expect a lot more information now that Boss Key is actually ready to talk about it. Right now, the premise itself has me rather invested.