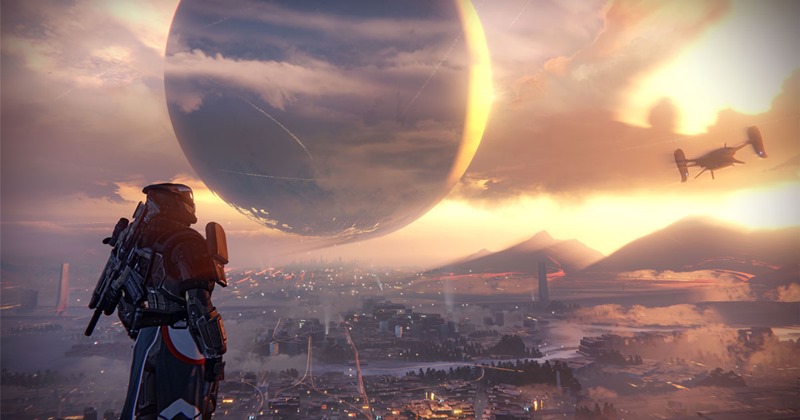 Whether you loved or hated the game, there’s no denying that Destiny is a platform for DLC. It has plenty of that content on the way, having recently released the Dark Below DLC and paving the way for House Of Wolves in March. But that’s nothing compared to what’s on the horizon for Destiny.

Over on the Bungie forums, a leak was quickly plugged with “Ninja Justice”. Fortunately, YouTuber LittleBigOkey has a high-res image of said leak. 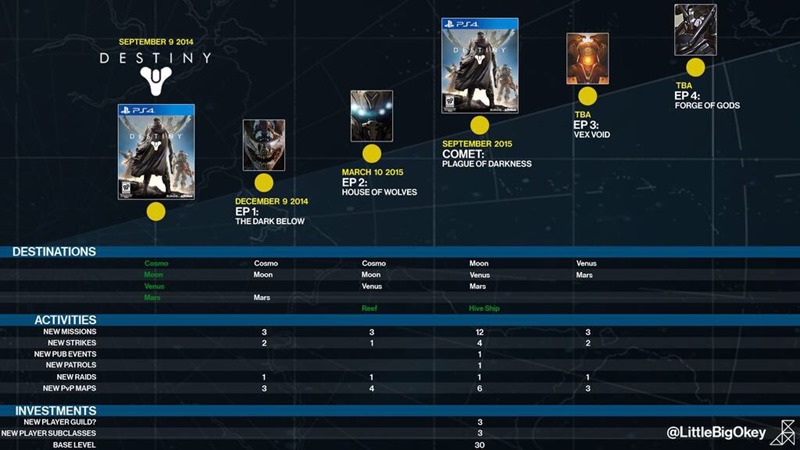 According to rumours (PINCH ALL THE SALT!), Comet: Plague Of Darkness will be a massive expansion out in September 2015. It’s going to be so big in fact, that it’s rumoured to be a retail on-disc release, as it also includes three new subclasses. Comet essentially rewrites Destiny entirely, taking the game to a new development level. From there, players will get to tangle with the Vex once again in the third DLC pack, Vex Void. And possibly swap lead with the Cabal in Forge Of The Gods.

That leaves 2016 and beyond for a possible Destiny 2, although I’m rather keen for the Game Of The Year package that is likely to arrive after Comet. That will most likely be my own jumping-on point for the game, which will hopefully address the various criticisms that have been levelled at the game so far. Hell, I’m happy to pay for expansion content for the “Not-an-MMO”, if it means not paying for any content that makes the game feel finally complete.

Including that stingy bastard Cryptarch who hogs all the cool gear.