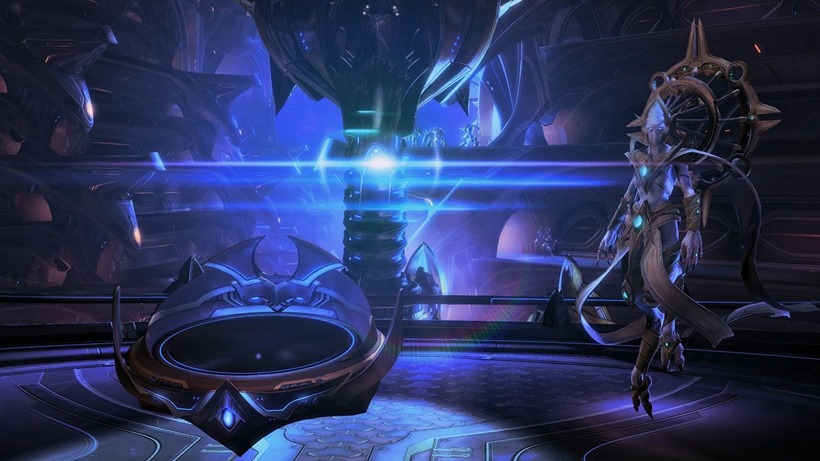 The last part of the StarCraft II trilogy, Legacy of the Void, looks to be the best yet. While the game is yet to receive a release date (past the ‘sometime in Winter’ estimation by Blizzard), pre-purchasing it is now possible. Doing so will not only grant instant beta access, but also an unlock of the prologue campaign – Whispers of Oblivion.

Whispers of Oblivion was announced last month at E3. It’s essentially a mini campaign spanning three missions that fills the narrative gap between Heart of the Swarm and Legacy of the Void. Though it’ll be free to everybody at a later stage, pre-ordering the concluding chapter to the StarCraft II trilogy (through Battle.net itself) will grant access to it now.

That’s not all. If you’re itching to get in on the Legacy of the Void multiplayer action early, pre-ordering it will grant instant beta access. That doesn’t need to be done via Battle.net however. Ordering through selected retailers will suffice if this is the only pre-purchase bonus you’re interested in.

So, what’s the damage then? There are two choices:

Legacy of the Void will come in a Standard Edition (physical and digital versions available), which players can pre-purchase now digitally for $39.99. Anyone who purchases or pre-purchases any edition of the expansion will also unlock access to an upcoming, yet-to-be-revealed StarCraft Warrior Hero in Heroes of the Storm. Players also have the option to upgrade their pre-purchase to the Digital Deluxe Edition ($59.99), which will unlock a variety of in-game bonuses for Blizzard games (available upon Legacy of the Void’s release), including:

I wonder who the mystery Heroes of the Storm character is? My money is on Artanis or Fenix.

Anyways, if you’re willing to spend even more, a proper physical collector’s edition will be available too when the game officially launches. Here’s a sneak peek:

Legacy of the Void will also be available in a retail-exclusive Collector’s Edition, which comes equipped with the digital bonus items from the Digital Deluxe Edition, as well as a special edition of the upcoming full-color hardcover StarCraft Field Manual; a DVD loaded with cinematics and special features; and a CD soundtrack.

The problem with being in South Africa is that our currency is pretty damn weak at the moment. It makes little sense to pre-purchase online. I’m not even mad though. I’m happy to wait so I can experience Legacy of the Void and Whispers of Oblivion together in one go.

It is sneaky of Blizzard. I wonder how many people have coughed up money upfront just for access to the three extra missions and beta access? Will you be one of them?