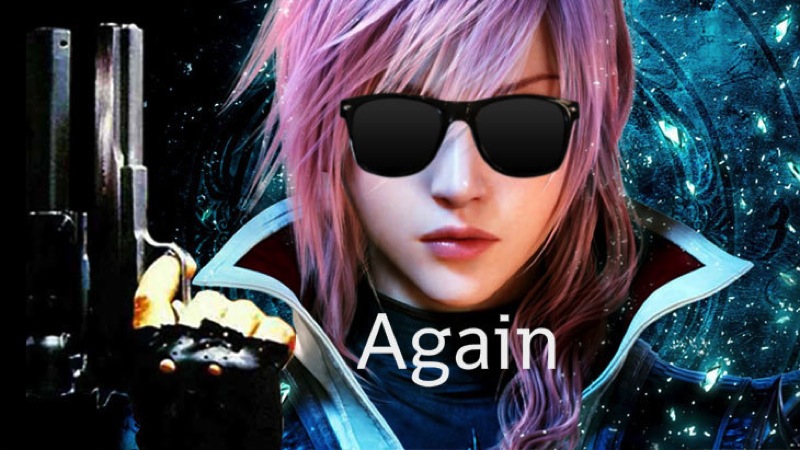 Unlike the rest of the gaming world, Square Enix loves it when Lightning Returns. No game is safe, it seems, as she will be returning to Eorzea via special events in Final Fantasy XIV: A Realm Reborn.

Via the Lodestone (the Final Fantasy XIV website), we get the following teaser:

In recent days, the city-states are atwitter with talk of a rogue adventurer roaming the land. Clad in peculiar garb and wielding a blade alien to this realm, she has been sighted dispatching foes with lethal efficiency, only to vanish before her identity can be ascertained. Who is this fearsome warrior, and to what end has she journeyed to Eorzea? Ever wont to seek out the truth, the Harbor Herald has dispatched a reporter to probe the mystery behind this otherworldly personage.

The Lightning Strike event runs from 1 September through until 10 September and is identical to the ones held in February 2014 and November 2013. Upon completing the event, female players will get Lightning’s costume and male characters will get Snow’s costume. However, if you’ve already completed these quests, you can’t do them again.

Whoever said that lightning doesn’t strike twice was obviously very wrong. This is the third time Lightning Strikes has come to FFXIV, this time as part of their one year anniversary celebration. Are people that interested in getting her outfit, or are Squeenix just that desperate to prove to us that she’s actually a cool character?

I liked her more upon completing FFXIII: Lighting Returns… so maybe there will be more of an appeal for players now than there was in the past.