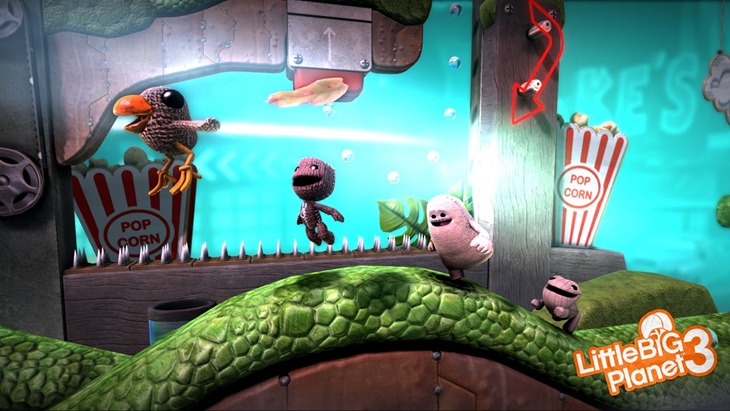 The LittleBigPlanet series is one of my all time favourites. It was my first ever PlayStation 3 game, something I actually bought months before I even owned the console. When I got around to playing it, I refused to do it alone. I roped in three friends for some weekly LBP action for a good few weeks. The same weekly meeting happened when the sequel rolled around. It makes me happy knowing I will be entering the imaginative shoes of Sackboy once more, with the third one being announced at E3. LittleBigPlanet 3 will be hitting a closed beta next month.

The news was announced over at LittleBigPlanet Central by its community manager.

Our LittleBigPlanet 3 Private Beta will be beginning next month and we have hand-picked a small number of you brilliantly creative folks to participate! What this means is that we will be contacting our selected community creators over the next couple of weeks via your favourite fansite’s Private Message inbox to extend an invitation to the LittleBigPlanet 3 Private Beta.

So I guess I won’t be getting access anytime soon. I’ve never been part of their community, and I’ve never so much as created a teaspoon in the level creator. Still, I’m glad this sort of thing is happening now so that they can start ironing out some of the potential bugs. Hopefully it won’t be too long before we see some sort of open beta.

LittleBigPlanet 3 is set to be released in November later this year.