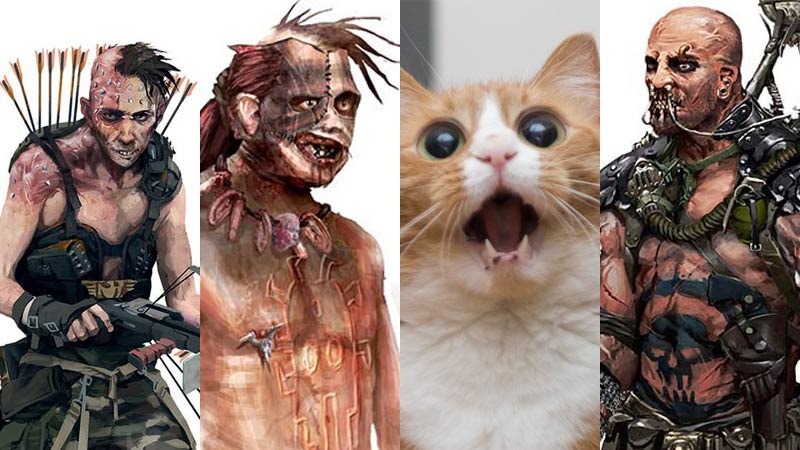 Out of all the post-apocalyptic scenarios to find yourself stuck in, the world of Mad Max may just be the worst. Frequent road wars, warlords exacting their literal pound of flesh from frightened scavengers and an environment built out of nightmare fuel. Sort of like Port Elizabeth on a Tuesday, but not that bad. Still, a wasteland without characters would be a dull wasteland. And the world of Mad Max has some interesting characters to meet. 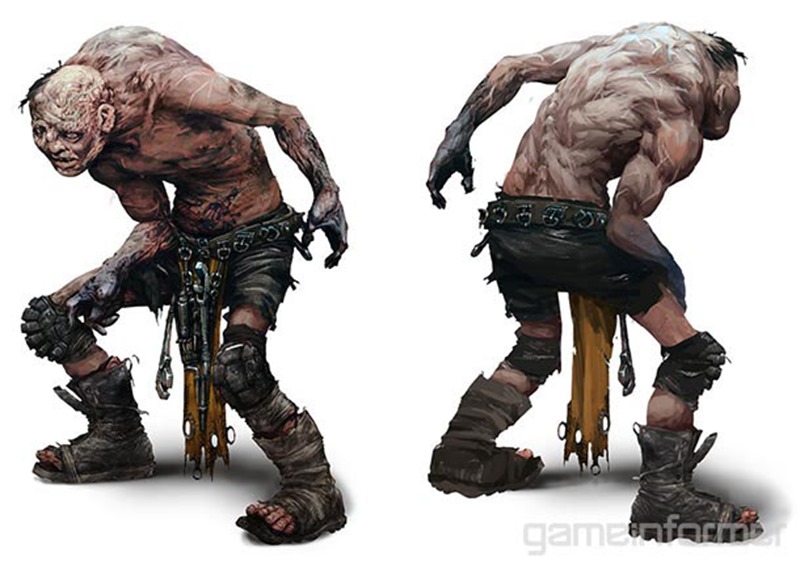 Max’s constant companion, Chumbucket talks for the road warrior who happens to be a man of few words. He’s also an extraordinary mechanic, with a skillset that is highly valued in the world of Mad Max. “The only thing that you can trade with someone – there’s no monetary system at all – is with your skills,”Avalanche Studios principle writer Odd Ahlgren explained to Game Informer.

Chumbucket has survived because of his godlike skills with engines. And everything in this world is driven by engines, so people will need him every now and then, so they don’t kill him. He has built a little bit of a reputation for himself, even though he’s a bit of a bizarre hermit at the beginning of this game. People know of him and he’s done a little bit of work for everyone in the past.

As a blackfinger in the world of Mad Max, a mechanic savante, Chumbucket is also obsessed with building the fastest car in all of the wastelands. Called the Magnum Opus, the game will have you steadily gathering parts to create the masterpiece. “The thing is, even then Chum had begun planning for his Magnum Opus, which was like a feverish religious idea that came to him in a dream,” Ahlgren said.

He needed to build this car, this ultimate desert-survival vehicle. Incidentally, it’s the same vehicle that Max later will want. But he began this a long time ago. The thing is, he started pilfering from the engine bays, hiding stuff for his vehicle in his little bunk. He has a pseudo-religious/sexual relationship with engines. What he did with them in his little bunk, we don’t really want to know. But he was saving them up to build this car.

But one day they found out and they threw him out of Gastown. It was just out of a playfulness from one of the characters who threw him out [that] made him survive, otherwise they would have just killed him. But they wanted to play a little bit with him before they killed him, and he managed to escape. 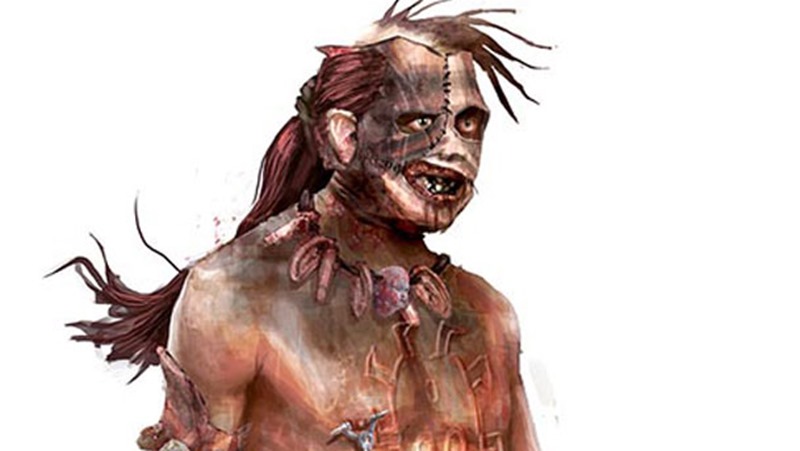 There are of course, other characters in the game. Who are far more heinous than an engine-diddler. Characters such as the face-wearing Stankfist and the big bad of the wastelands Scabrous Scrotus. “Scrotus is part of a bigger hierarchy of the canon,” Ahlgren said. “He is a warlord in this part of the world, and he’s commissioned there by a bigger hierarchy. 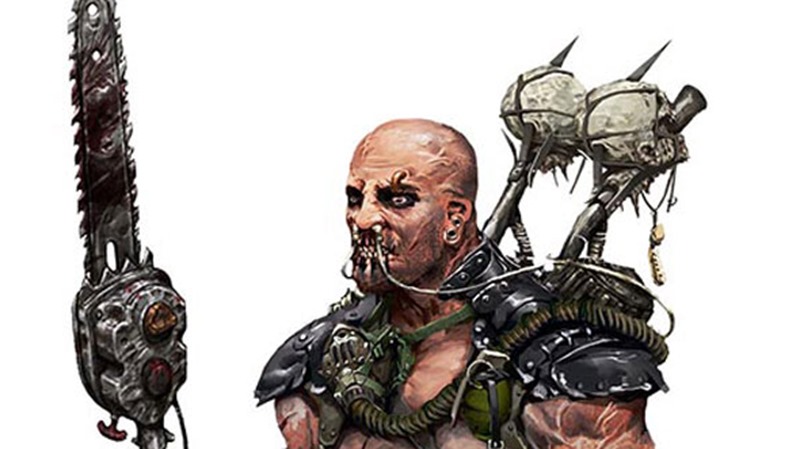 He is the protector of a place called Gastown, where he is ruling supreme. As we perceive him, he is war in the flesh. He is complete and utter violence, and that’s the only thing that drives him now. He begins as a normal warlord, but something happens to him that turns him into a bloodthirsty monster that only can find solace from his own pain through the suffering of others.

Scrotus’ minions will serve as cannon fodder throughout the game, a gang of self-mutilating freaks who terrorise the sands of the outback. There’s also Jeet, a rival of Scrotus who runs his own stronghold and helps Max along the way. “He suffers from these extreme head pains, and he has learned that he can control them by causing himself pain in other parts of his body,” Ahlgren said. 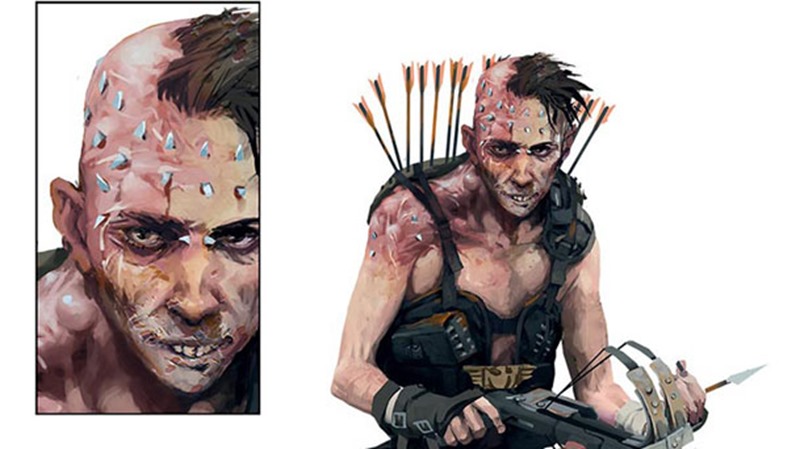 When he gets these flaming headaches, he can twist one of these shards of metal and twist them and cause himself an intense pain there, so then he can forget about his pain in his head. That’s his way of dealing with it. He’s living in this constant pain, and that makes his character really, really livid.

Allies are in short supply, as are answers, but Max may be able to count on the grizzled survivor Gutgash. “Most of the people in his camp are younger,” Ahlgren explained. “He’s realized that in order to give people hope, they have to cling to something. He’s started to tell them that the water will someday come back. It first withdrew in disgust from the world, and one day when we’re worthy it will come back.” 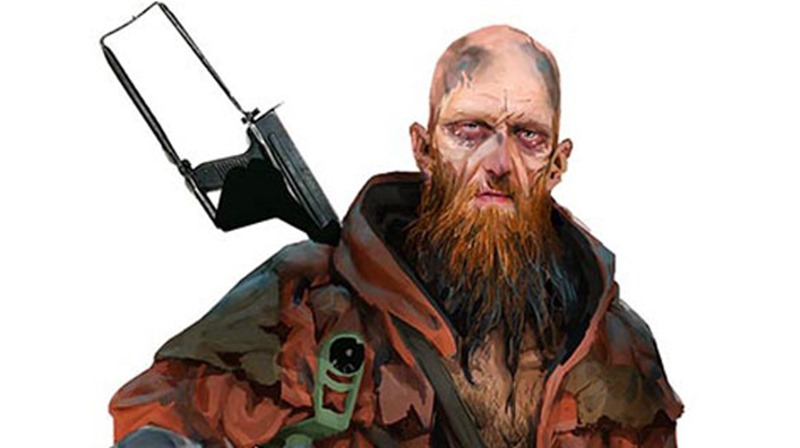 Groovy. It wouldn’t be a Mad Max game without some sort of insanity present that was inherited from the films. Looks like the game will be proper mental then.