Some games are hard to fit into one genre.Remember Evolve? It was an asymmetric team based shooter with hide and seek elements in a massive world where one side could level up by defeating NPCs…. not exactly Counter Strike, is it?

And I’m not even going to get started on trying to box-in Overwatch.

Heroes of Might and Magic started with the basic premise that building a fantasy empire would involve more than just XCOM tactical thinking, SimCity macro management and an RPG levelling system more complex than the social etiquette of Magic the Gathering. 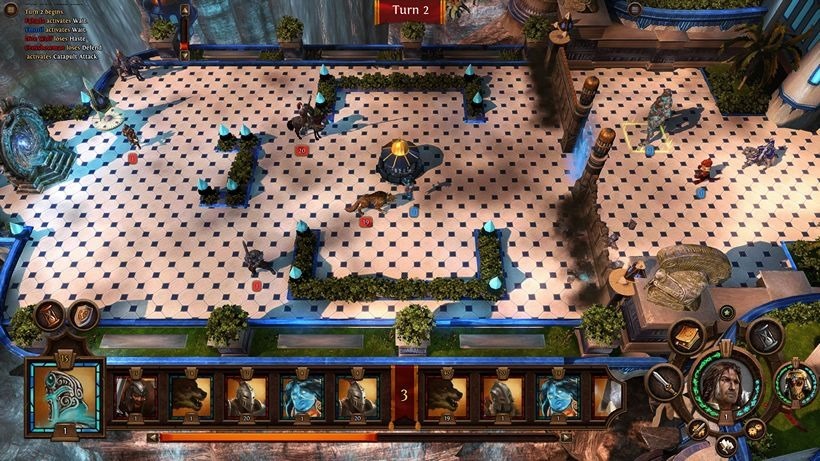 So when Heroes 3 came out those many years ago, naturally I sunk countless hours into it – mostly with friends taking turns on the hot seat and accusing them of peeking at what I was doing, which I can assure you was no good for their hopes at victory. Now, over a decade later, I sit here writing that not much has changed in the formula – this is a good thing, and a bad thing.

Many fans of the series have hailed Heroes 3 as the golden child of the spin off series, which has since spawned 7 games over the span of 3 developers. Its history is about as messy as the war torn world of Ashan that players fight over. Currently, the IP sits with Ubisoft have stated that Might and Magic Heroes 7 will attempt to recapture the best aspects from Heroes 3, and that they would be listening to what fans of the series have to say while developing the game. 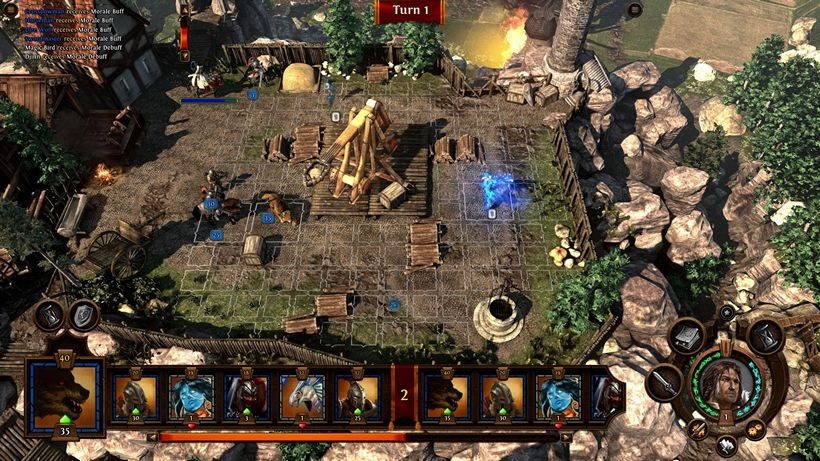 Now I’ve heard this countless times from PR executives in pin-striped suits and pin-striped smiles right before they announce a pay-to-win business model, however, Ubisoft has actually gone the extra mile with this and created an online community called the Shadow Council where fans could actually interact with the developers and come up with suggestions. You can immediately see the effect players have had the second you login, with two of the six factions being selected by the player base being presented to you. And if you’re a Heroes fan you’ll know that factions are what make the game feel different every time you play. 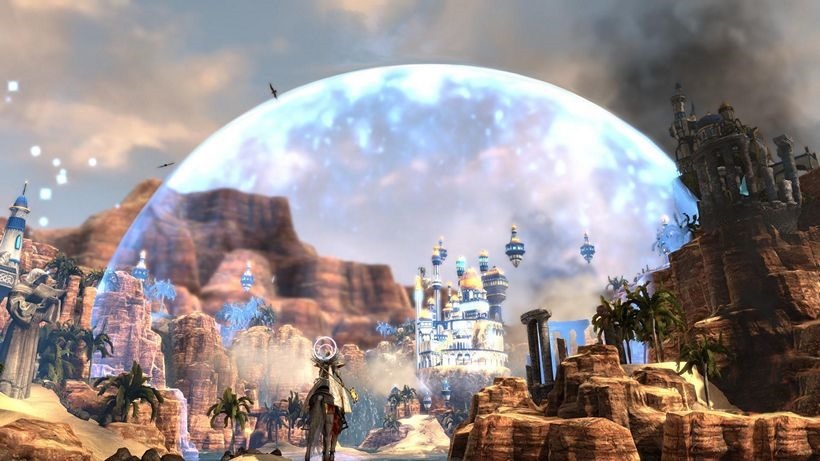 Long-time fans will be pleased to hear that the series staples Academy, Necropolis, Stronghold and Haven are still throwing their brand of spell power at each other. However, there are two other factions that the fans have chosen to include in the game – Sylvan and Dungeon. Players will remember the Sylvan faction as the tree elves from the previous games. The Dungeon faction consists of the dark elves and other cave-dwellers like Troglodytes.

With the factions, I can honestly say that Ubisoft has done a great job in making each one feel different – on the battlefield and on the world map. If you play my personal favourite, Necropolis, you’ll feel like you’re a slow plague descending on your adversaries with your troops never quite dying – and your ranks being bolstered with every passing death of an enemy. If you play Haven, your troops benefit from sticking together with stacking passives, inspiring a well-oiled machine like approach to conquest – and yes, diplomacy is still intact meaning you can recruit neutral creatures around the map. Stronghold tactics push towards brute force, and have warriors that back up an aggressive playstyle that rewards players who like to boldly charge in. 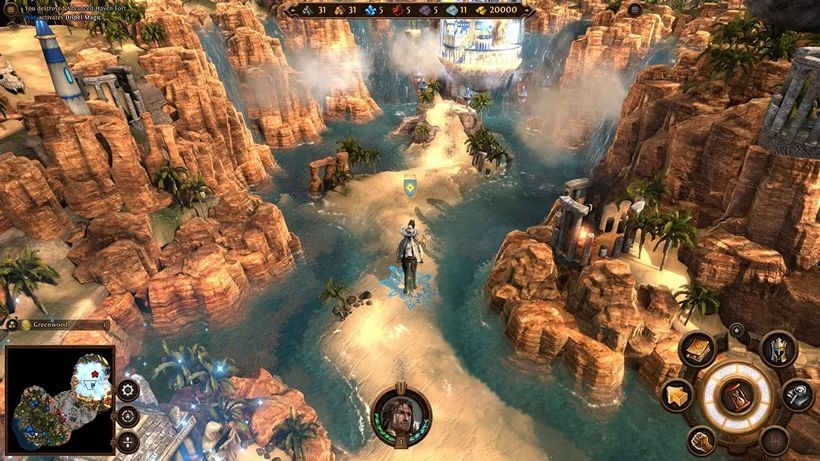 The town building mechanics have been simplified and become more forgiving than the classical entries, with less decision making and lock-out building options. Generally, each town will present players with one resource choice option, one town defence option, two creature growth options and one champion creature option. All creatures only have one upgrade which can be built at any time. While this is great for newer players, I really enjoyed making these decisions in the past to create my own unique playstyle. I also found that this simplification extended to other aspects, like the hero levelling system.

Heroes of the Scorn 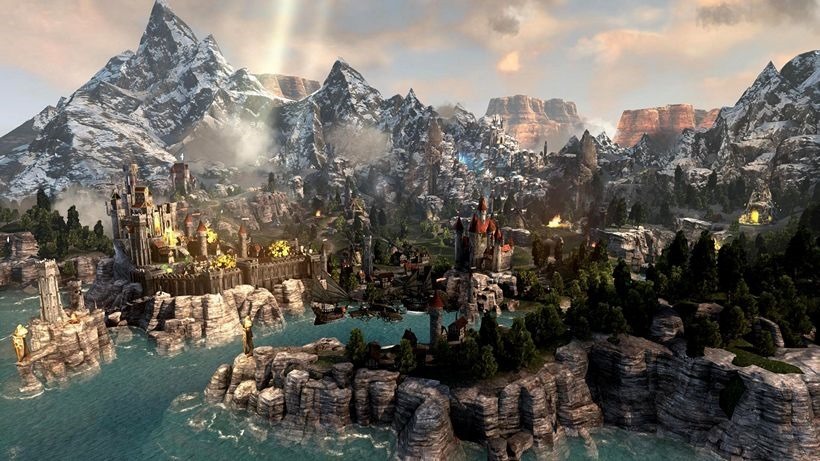 The game wouldn’t be called Might and Magic Heroes without heroes!

Previous Heroes games offered HUGE skill trees consisting of many perks that were shaped based on the class and faction the hero was from. Players had to carefully select which abilities each hero should have to accomplish their goals. This appears to have been replaced by a simple wheel of abilities that has some differences based on class and faction, with a few perks per level.

While not as deep as it was handled previously, it is much easier to understand and makes it simpler to plan out your course of action. This kind of ethos has even spread to the creatures themselves, with most creatures having passives rather than castable actives – and even the creatures who have actives are reduced to having a single actionable ability.

This doesn’t mean that battles were not enjoyable and sometimes even nail-biting. It just means that it lacks some of the strategical depth from the previous games that a lot of veterans really liked.

There’s also more of a focus on selecting a governor for each town, offering certain bonuses depending on the hero’s abilities. These abilities also affect the area around the town, meaning that friendly heroes exploring the area will enjoy benefits that they otherwise wouldn’t outside of the kingdom. 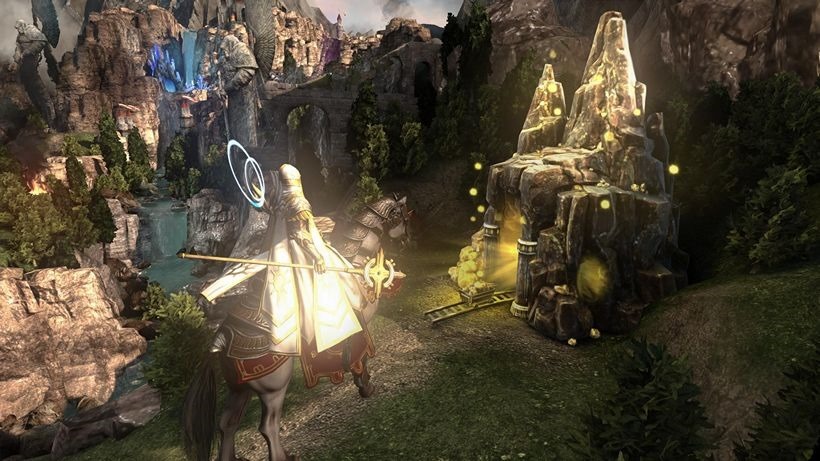 The world map and the battlefields are where Ubisoft has done most of their work since taking over the IP.

When a hero conquers a town, that town’s kingdom; as in the resource sites claimed around it, will be conquered too. This saves players from running around and claiming each resource. Instead, heroes who attempt to claim these sites but do not own the nearest town will instead “plunder” it, taking the resources for that day for themselves while draining their movement points. I believe that this is part of Ubisoft’s plan to streamline and shorten the often long Heroes games of the past. It was sometimes downright frustrating having to run back and forth because a lone enemy hero would claim your resources the second you left base.

Armies are also unable to move around the map without a hero to lead them, and garrison buildings now stockpile their own troops – meaning that you never have to split your army to defend a vital location.

Unfortunately, a lot of the world map spells are missing that would have made for some interesting interactions outside of the battlefield. The battlefield itself now rewards flanking, adding a tactical approach to taking on enemies. The new interface also tries its best to remind players which town can be built in for the day and when’s the last turn a hero can act. It even supplies the estimated damage based on the location you attack from.

While these little improvements to the game aren’t on the tactical level of XCOM, they still help for making the battles interesting. 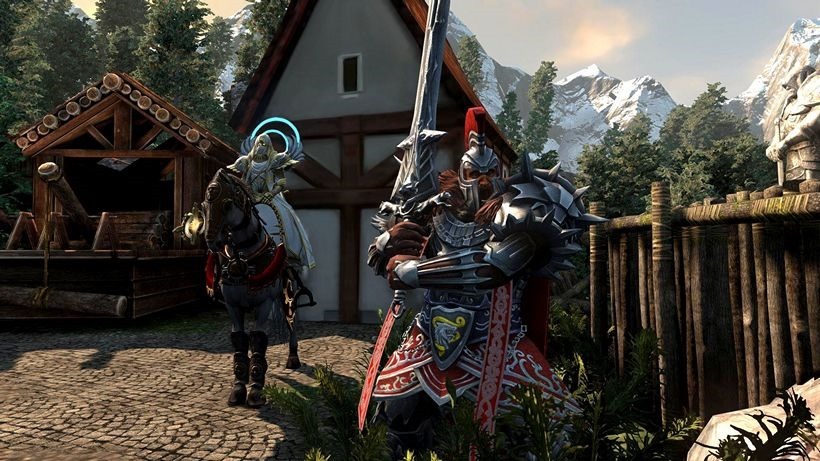 There is, of course, a single player campaign.

Judging from the more recent Heroes games that have been released, I wouldn’t expect anything to sweep you off your feet. The short time I played I wasn’t too invested in the characters and the campaign missions felt a lot like multiplayer with some added dialogue every now and then. There were no major changes to the game to make you feel like it was designed to be played alone.

The classical Heroes games had text heavy explanations for every pickup, and the single player campaigns (my favourite being Heroes IV) could hold their own as fantasy novels!

Having said that, you usually wouldn’t play Heroes to play by yourself – it’s ultimately a game meant to be played with some other friends or some angry Russian guy half a world away.

The Good, The Bugs, and the uPlay 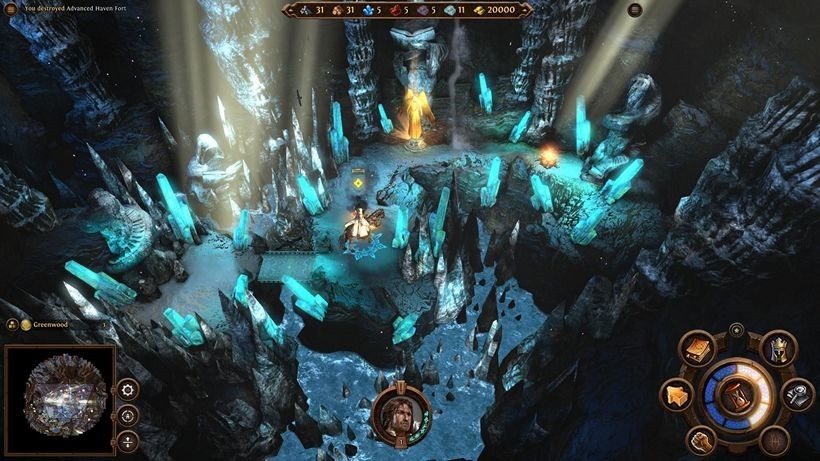 Yes, there is uPlay involved.

And yes I did run into some bugs in the game, some of them game breaking, and usually I wouldn’t mention this because I played a very early build. However, the last Heroes installments had multiple bugs on release day – with Might and Magic Heroes 6 still burnt into my hard drive and soul.

The one thing I’d say in conclusion, is that Might and Magic Heroes  is not for everyone.  This isn’t going to be the latest eSports sensation, or a created to be a fast paced twenty minute game fix. It’s more of the same turn-based, RPG, empire building strategy that the IP has stuck to since the late nineties – just with a new simplified, streamlined design.

And I guess that’s why you can’t box a game like this in a particular genre – because Heroes will always be Heroes.