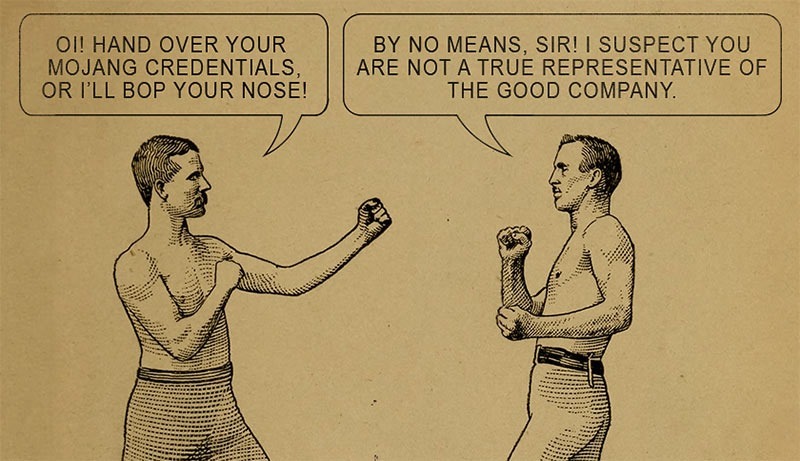 I happen to own Minecraft on PS3, PS4, and PlayStation Vita. I am part of the reason that Notch lives in a giant mansion. I don’t even play Minecraft – but my kids certainly do. I also, for some reason, have two PC Minecraft accounts. And I’ve just changed my passwords on them. Apparently a small number of Minecraft account details have been leaked.

1800 plain-text user names and passwords for the block-breaking game have found their way to the seedy side of the internet. They’re probably not yours, but it’s probably worth changing your passwords anyway – especially if you haven’t done so in a while.

No! We haven’t been hacked,” Mojang says in a post. “A bunch of bad people have tricked some of our users into disclosing their account information. We’ve emailed everyone affected, and reset all compromised passwords. If you haven’t received an email from us, you don’t need to worry.

No-one has gained access to the Mojang mainframe. Even if they did, we store your passwords in a super encrypted format. Honestly, you don’t need to panic.”

The simple take away here is that you shouldn’t give your details to people asking for them in emails and on dodgy sites, and you should end up being fine. You should also not use the same password for everything, to minimise your risk in the event that one of your logins is compromised.

Still, if you’re worried, it’s best to change your details on the game’s official site over here.