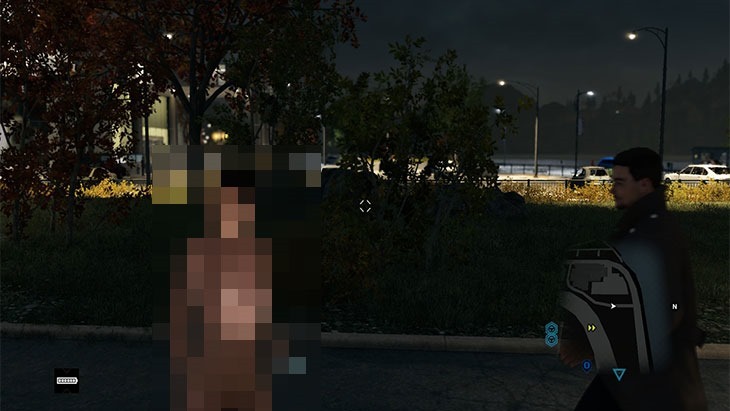 A modder, SoloCreep (via DSOgaming),  has found that by switching out the character model files, you can replace the dull and dreary Aiden with a random naked woman, because the game does actually feature random naked women. Naturally, the character’s voice files remain, so even if you do decide to roam Chicago as a naked woman, you’ll sound like a gruff white male.

Diversity is a real problem in games, and I’m sure the transgendered community would love to be represented in the medium in a better way than Final Fight’s Poison, but this probably isn’t what anybody had in mind.

The modder has also replaced the dull Aiden model with the infinitely more interesting Jordi Chin; though we Asian folk got our own bit of representation in Sleeping Dogs. That game let me play as an ass-kicking, morally divided bad-ass fellow of Cantonese decent. Basically, it was a super-realistic Geoff simulator.

Here’s the Jordi mod in action. I’d have played this.