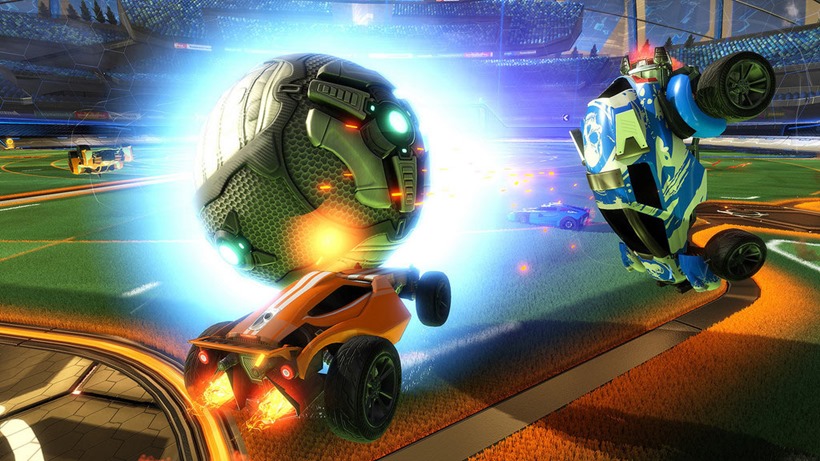 Rocket League, which really should have been called SocCAR, is game that has you playing vehicular football. Sort of. It’s one of the most fun games to be released all year – and that shows. According to developer Psyonix, it’s been downloaded over 5.5 million times.

AMAZING! More than 5 MILLION downloads since we launched on July 7! Your continued support for our game is truly humbling. Thank you.

That seems like a huge number of people playing a futuristic fantasy sports game that replaces soccer boots with trucks, but one has to assume that it includes the people who’ve downloaded the game using their PlayStation Plus subscriptions. Given that it’s one of this month’s free games, coupled with it being released on PC too, the number seems lower than it really should be.

Still, it’s a huge success for a game that many people have overlooked – and for any developer, having millions of people paying your game must be the best sort of gratification. And it’s done a lot better than its mouthy progenitor, Supersonic Acrobatic Rocket-Powered Battle-Cars.

“In comparison to the original Battle-Cars, Rocket League has had more than double the lifetime downloads in its first three weeks,” said Jeremy Dunham, vice president of Psyonix. “It’s a much stronger response than we ever imagined, and the studio is ecstatic about it.”

If you haven’t given Rocket League a look, you’re being silly –  because the game is genuinely some of the most multiplayer fun I’ve had in this, or any other lifetime. The game is out on both PlayStation 4 and PC, and even allows for cross-platform competitive play between the two systems. Or at least it does through matchmaking.

The game has now been officially accepted – eve embraced – as an eSport, thanks to its simple pick-up-and-play mechanics that are, at the same time, deep and complex, making it perfect for competitive play.

The game is set to receive some DLC soon as well, bringing new vehicles and paint jobs – but won’t be on the receiving end of powerups, as that would ruin the game’s fine, fine balance.