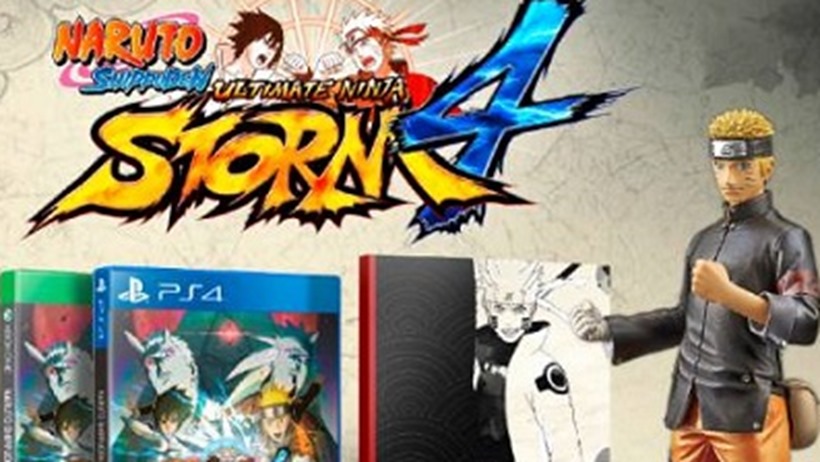 SECRET NINJA ARTS! SEQUEL NO JUTSU! ALSO KNOWN AS THE KAGE BUNSHIN NO JUTSU. WHY AM I SHOUTING? SAAAAAAAAAAASUKE! Naruto Shippuden Ultimate Ninja Storm 4 is right around the corner, bringing the usual annual release of ninja action onto current-gen machines.

And of course, it’s getting a collector’s edition released in European territories. Which looks like this. SCREENSHOT NO JUTSU! BELIEVE IT! 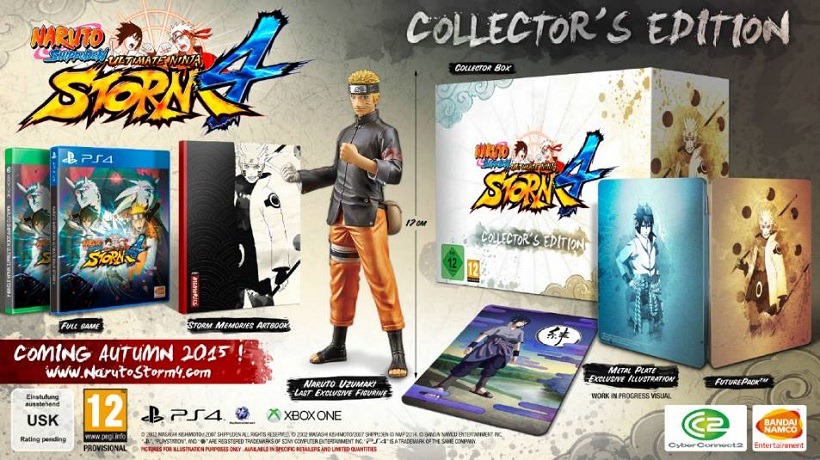 Inside, you’ll find the following contents:

I have no idea what the Futurepack is, outside of being a weird way to describe a metal cover for the disc. Pre-ordering the CE will also net players the following day one goodies: 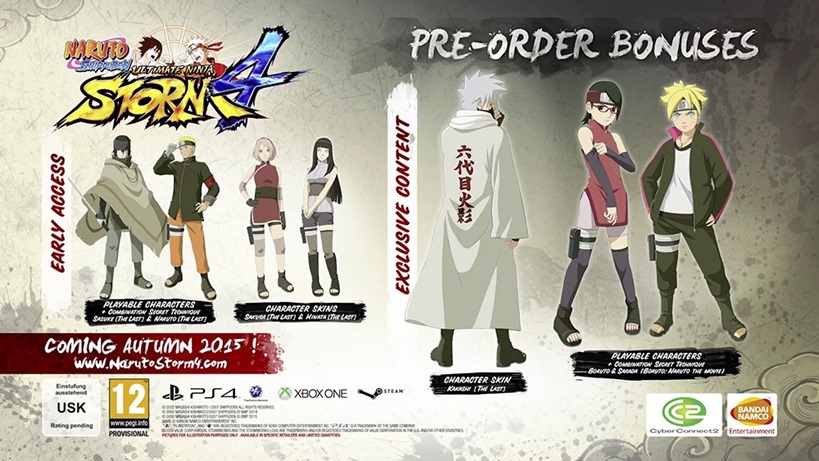 I’ve got some cautious optimism for Naruto Shippuden Ultimate Ninja Storm 4. The combat looks like it has been properly tuned, with talk of more satisfying combos and finishers to help shake up the series staples. Combined with the new leader system, and it looks decent to begin with.

Hopefully it’ll be a Jounin-level improvement in the end, as this is the final game in the Ultimate Ninja Storm series. It’ll be hitting PlayStation 4, Xbox One and PC shelves later this year.

We’ve reached out to Megarom to find out about local allocations. And they’re working hard on getting some premium ninja gear down here to us. Expect more news on this in the weeks to come.