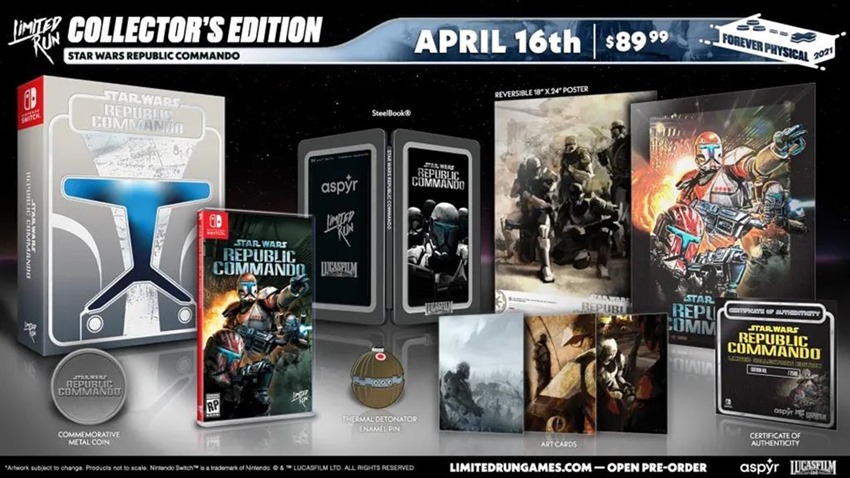 Begun, my hype for a slightly-updated version of Star Wars: Republic Commando has. I may be looking at the game through Galactic Empire-approved goggles with extra rose-tinting for battlefield conditions, but I’ve still got plenty of love for the classic squad-based shoot ‘em up. Released during one oif the biggest years ever for Star Wars, Republic Commando stole the show from Revenge of the Sith’s official tie-in game thanks to its brilliant action that swapped elegant lightsabers for more uncivilised means of warfare.

It also came out during an era where video game companies were content to ship a game on a disc, slap ‘em in a DVD case and call it a day. It’d be a while before collector’s editions for video games would really take off, and it was a shame that Republic Commando never got a special edition filled with some weird tat that could proudly sit on your shelf.

Never say never though! More than a decade and a half since the game first arrived, the classy folks over at Limited Run have slapped together a handsomely-designed drop pod with a steelcase containment unit, a commemorative coin, a poster that would make Drew Struzan proud, a thermal detonator pin, and some arty cards.

That version is for the PS4 and Nintendo Switch release, while PC gamers get a different package that also looks oh so cool: The game in a CD case on cutting edge cardboard, sealed for all eternity so that it looks like a mint on card action figure. The only thing these new editions don’t include is an appointment with your nearest therapist once the PTSD kicks in and you realise that there’s no going back for Sev. 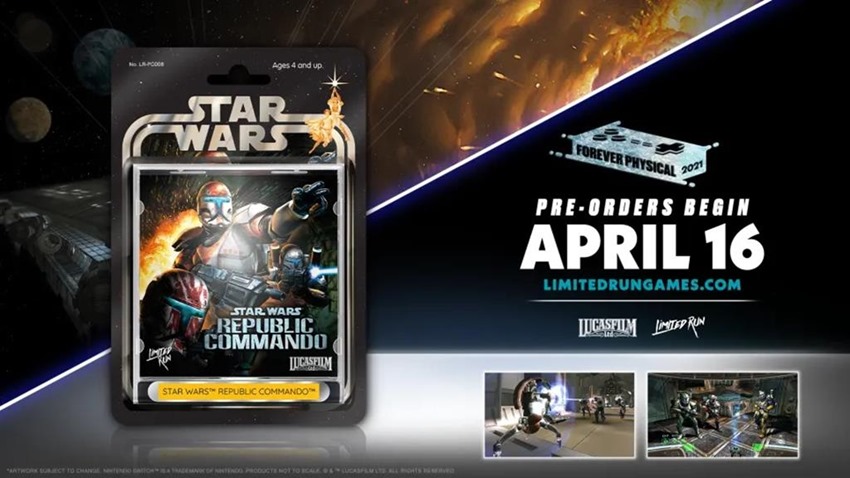 Limited Run has been doing a superb job lately with new and classic video games, creating some terrific special editions for a number of cult classic titles. The site’s motto is “Forever physical”, and that’s a motto that I can easily get behind when it results in packages like this.