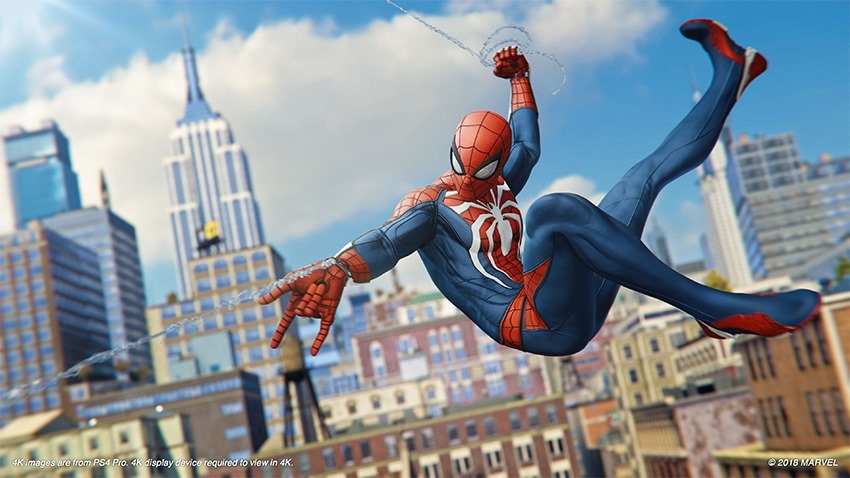 Marvel’s Spider-Man is a lovely game. While I didn’t especially like some of the open-world fluff in the webhead’s adventures, or some of that forced stealth nonsense, the game more than ably told its story – while also being a delight to play. Swinging around Insomniac’s condensed, idealised version of Manhattan was an absolute delight – leading many to want to do it all again, even though they’ve played the game to completion, with the Platinum trophy to show for it.

The impending New Game Plus would be perfect for that – but unfortunately it’s been slightly delayed. The mode was originally scheduled for release today, but according to Insomniac’s Twitter it’s now “coming soon,” with no specifics on when it might be available.

The easy money, of course, would bet on it arriving in conjunction with the game’s first DLC, The Heist – which is out next week on October 23.

The DLC adds new enemies, new missions, new trophies – and yes, new collectible suits for you to use in your quest to cleanse Manhattan of wrongdoers. If you’ve yet to play the game and you have even the mildest interest in Spider-Man, you really should grab it. As we said in our review (giving it a 9/10!):

Marvel’s Spider-Man is charming and energetic, action-packed and surprisingly capable of tugging on your heart strings to deliver a one-two punch to the emotional gut. If you had to sum up Marvel’s Spider-Man in one word, nothing would be more apt than…amazing.