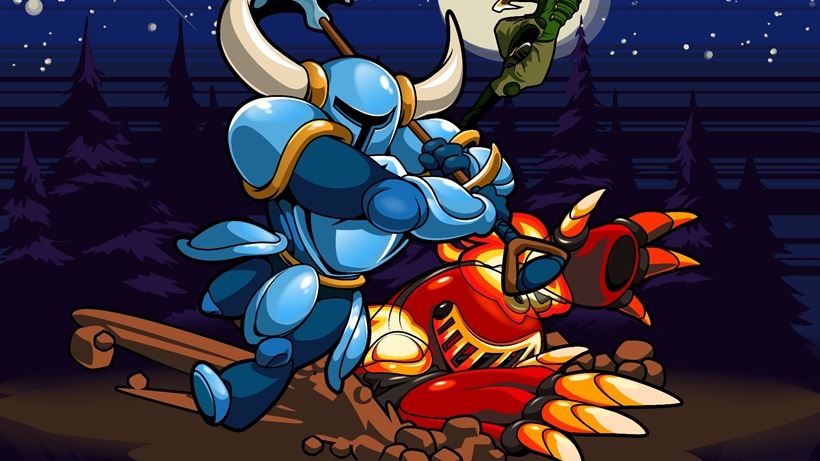 It’s Amiibo time! Well not quite yet, but the next wave of Amiibo is just a few days away and (for the first time) there isn’t one that I particularly want. The only Amiibo I thought I was going to need before the year ended was MewTwo in October – but now I’ll just have to get Shovel Knight.

Revealed as the first third-party Amiibo yet (and created by independent company Yacht Club Games), the Shovel Knight Amiibo will be launching in limited quantities come this holiday season. That’s a broad timeframe, but fans of the rather spectacular platformer have more than a few reasons to make sure they pick on up.

If you have Shovel Knight on the Wii U, the Amiibo brings a very special surprise. Co-Op functionality will be unlocked with the Amiibo itself, allowing you to tackle the entire story mode with a friend on a single screen. The 3DS version doesn’t get this, but shares some Shovel Knight cosmetic customisation options with the Wii U version via the Amiibo too. Nintendo also teased some new challenge modes that will unlock via the Amiibo too, but didn’t go into many details.

And while the Shovel Knight Amiibo is probably one of the best looking ones out there, I have a bit of an issue with the way Nintendo is now trying to use them. Previously their functionality was all but useless, but locking game content behind the little plastic figurines is becoming a common practice. Splatoon did it with their challenge maps and gear, and reserving an entire mode of Shovel Knight to what is, essentially, physical DLC is a bit shady.

Regardless, if you’re in t just for the collecting the Shovel Knight Amiibo will certainly look good on your shelf. Try make it through the cringe worthy trailer below to get a good look at him.