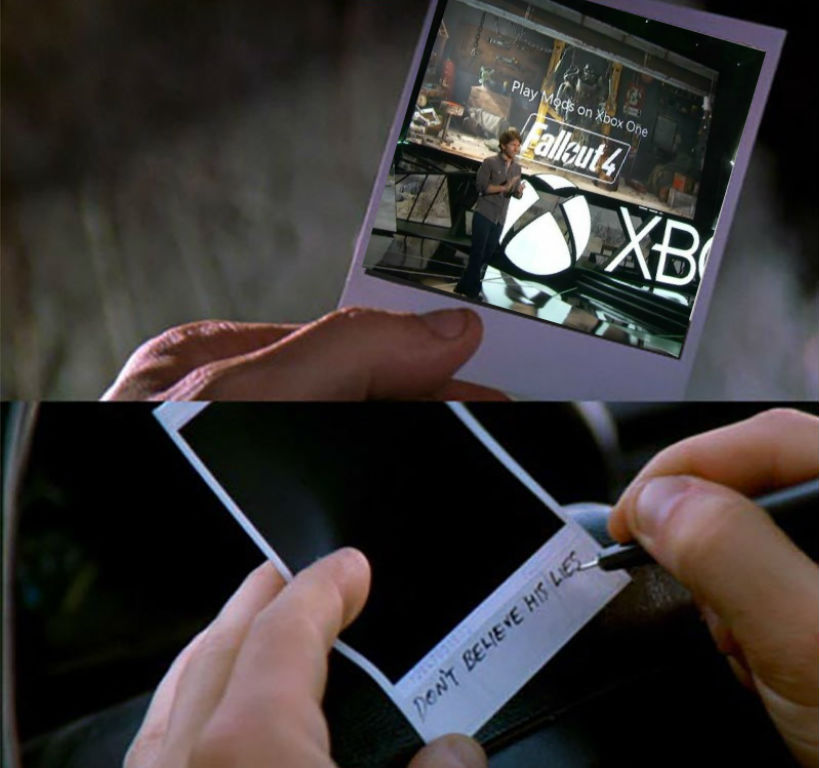 Fallout 4 is looking incredible and people are losing their minds over all the new details coming out about the game. One of the things that got the loudest cheers when announced was the modding support for the game, particularly that it will work across platforms. However, that’s not a feature at launch, and probably won’t be fully functional until months after the game ships.

Speaking to IGN (thanks GameSpot), Bethesda’s Marketing VP Pete Hines explained that finishing the game is the top priority.

Our entire focus is on finishing the game. Nobody cares about mods if the game sucks. This has always been our philosophy. We shift energy to construction tools, the creation kit, and all of that stuff once the game is done, and we start to figure out what all of that is going to look like.
[…]The idea is that [the tools] will work on all platforms, but the truth is the system doesn’t exist. It’s still being built and worked on and it’s going to take awhile. It’s going to take clearly into next year because we can’t even start it…

While I’m glad that they’re focusing on making a great game, I feel a bit worried about how people will respond. Obviously, the most important thing is to make sure the game is awesome – no one wants to mod a game that is crap to start off. However, by getting people excited about the modding at E3, they’re going to expect that feature early on. If players have to wait until next year for that to happen, it might cause some degree of backlash. Then again, most people will want to complete one play through without mods, right? Unless it has the usual weird lighting issues Bethesda always has… The average Skyrim player has a ton of mods installed to make the game more appealing, I wonder what sort of modding expectations we should have for Fallout 4. Maybe if they spend more time making a game that looks good, modders won’t have as much to fix.