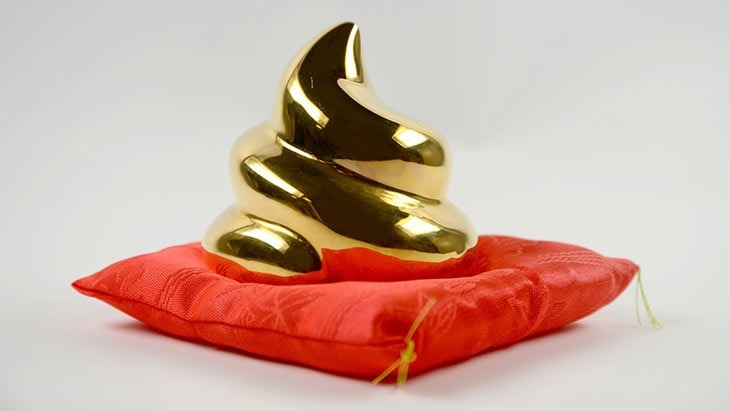 For the past two years running, EA’s managed to “win” the award for the “Worst Company in America.” Because of its practices regarding DLC, online passes and micro-transactions. It beat out companies like the Bank of America, Merrill Lynch  and Walmart to win the rather uncoveted Golden Poo. EA’s reign has come to an end.

They’ve been knocked out of the running in the very first round, losing out to communications giant Time Warner Cable – but only just.

“Despite its cock-up of the Battlefield 4 and Titanfall releases, EA just didn’t have the all-out support that it had received in the previous two tournaments,” says the Consumerist. “And while Time Warner Cable has always merited a spot in the WCIA brackets, the company’s pending merger with former WCIA champ Comcast undoubtedly played into readers’ voting decisions.”

Honestly though, I’ve always felt that the entire award was stupid, and the only reason EA won the dubious accolade before was because of a vocal minority on the internet. Pitting a company that provides entertainment as an optional, luxury item against larger, greedier and immoral corporations that impede people’s human rights, abuse animals, engage in child labour and screw people out of their homes and life savings is an indictment on how shallow internet culture is, and just how entitled many gamers have become.

I’m the first to call EA out for being stupid and having shady practices, but there are real problems in the world beyond server crashes, micro-transactions, and DLC.

“This is the same poll that last year judged us as worse than companies responsible for the biggest oil spill in history, the mortgage crisis, and bank bailouts that cost millions of taxpayer dollars,” EA’s Peter Moore said of the award last year.

And he’s right. A little perspective goes a long way.