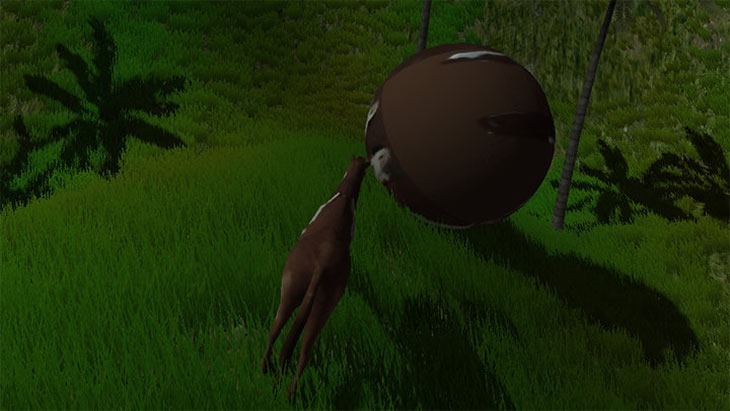 Minecraft has managed to become a cultural phenomenon, netting its bearded and hatted creator, Marcus “Notch” Persson nearly enough money to buy the moon. He’s released a new game. We don’t expect it to match Minecraft’s popularity in any way..because it’s even dumber than Goat Simulator.

It’s called Cliff horse, and it’s about a horse that runs on cliffs, I suppose. Featuring some rather Skyrim-inspired horse-physics, that’s really all there is to it. I suspect it took about 15 minutes to throw together in Unity, and is a social experiment to see just how much attention people will pay to nonsense just because it’s attached to his name. In that regard, it’s pretty successful.

It’s even earned Notch a bit of cash. While the “early access” downloadable version of the “game” is free, Notch is asking for donations in the stupid crypto-currency, Dogecoin. To date, he’s received over 280,000 Dogecoins (many coin, such currency, very stupid, wow), which works out to about $100 for throwing a digital horse against digital cliffs.

I honestly believe that the only reason people paid attention to Mojang’s TCG, board-game hybrid Scrolls is because of the Mojang name, and the same is true of Cliffhorse. And I’ve just fallen right into the trap.