Home Gaming Nothing can prepare you for Tembo the Badass Elephant! 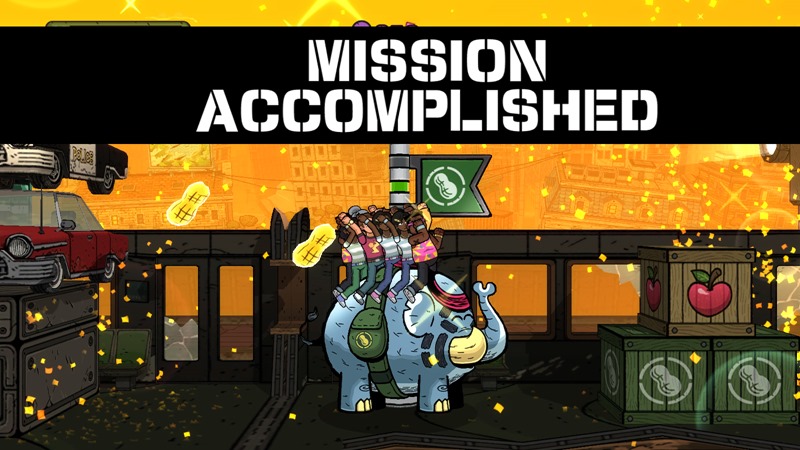 Sometimes, you need some real power to get a job done. Pachyderm power! You need the kind of muscle that doesn’t forget or forgive, a metric seven tons of kickass in a four-legged herbivore package that show no mercy. You need…Tembo the Badass Elephant!

So here’s something that looks cool. Sega has teamed up with Pokemon developer Game Freak to create a 2D side-scroller that looks adorably violent. The plot is simple enough: You’re an elephant. A badass elephant commando, and it’s up to you to save Shell City from the invasion forces of the dastardly Phantom organization. You’re not just any ordinary elephant either, as you’ll be able to jump, smash and butt stomp your way through the Phantom hordes, aided by your trusty avian pal Picolo (No, not the Namekian). “We’re delighted to be working with Game Freak to bring this heavyweight adventure to an audience we feel it will have relephants to,” said John Clark, the Senior Vice President of Commercial Publishing for SEGA Europe in a press release.

It’s a trunkful of fun and we think gamers are going to love it. Hopefully more than my rubbish elephant puns.

It looks like some solid fun, and I’ve got some faith in Game Freak. Outside of the Pokémon games, they’ve also cranked out a few side-scrollers as well, such as Pulse-Man back in the Sega Megadrive days and more recently HarmoKnight on the Nintendo 3DS. Here’s a bunch of screenshots to gawk at while I wonder how I’m going to convince Game Freak to make Tembo a catchable Pokémon in the next game:

Tembo will be tearing up Phantom goons later this year on PC, Xbox One and PlayStation 4.