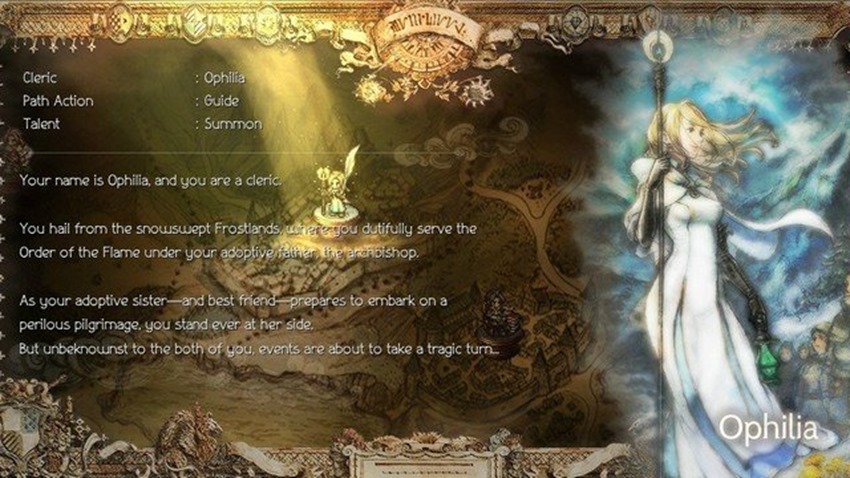 I need a job! Preferably one that allows me to put my Theatre Arts degree to good use so that I can show my parents that I didn’t make a catastrophic decision in life! In Octopath Traveler, having a job isn’t just a necessity, it’s a way of life. Jobs determine what your characters are capable of doing, their stats, skills and abilities in battle.

For the player wanting to take their adventurer career a step further however, Octopath Traveler also happens to have secondary jobs that can be unlocked at various shrines and used to further augment your pool of talent. To do so, you’re going to need to know where to look. Here’s a list of the secondary jobs currently available, and where you can find their shrines on the maps. Click to embiggen! 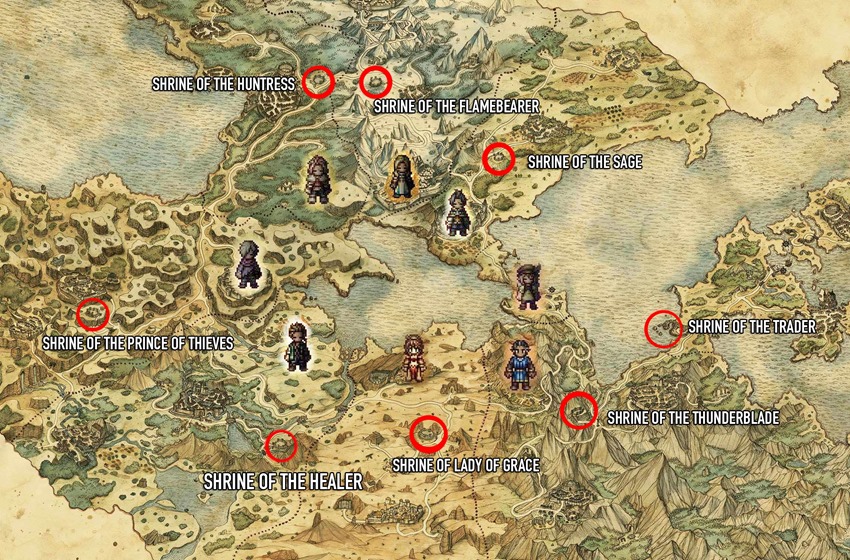 Want to do some quick damage on the battlefield with axes and ice while providing some useful healing to your party? Then the Apothecary is the class for you.

Location: Shrine of the Healer

The go-to class for dedicated healing, the Cleric is a walking hospital and party buff factory that can hold its own in battle with a decent offense.

Location: Shrine of the Flamebearer

Quick damage from a distance, that quickly adds up to a devastating offense. It just wouldn’t be an RPG without a Hunter firing arrow after arrow at your foes.

Location: Shrine of the Huntress

Want to use the power of dancefloor moves to motivate your party to battle harder, while also dishing out some dark magic on your enemies? If you’re capable of understanding the tricky nature of the Dancer, this class should suit you just fine.

Location: Shrine of the Lady of Grace

Look, somebody has to be a dedicated pickpocket, because that’s how battles are won. More than that though, the Thief can also hinder your foes with debuffs as he works his quick hands into the pockets of the unwary.

Location: Shrine of the Prince of Thieves

With the powers of the elements at his beck and call, the Scholar is an educated mage who can hurl devastating spells at enemies.

Location: Shrine of the Sage

They may not be able to heal themselves, but when you need a sword and shield to be your vanguard then there’s no better class than the Warrior.

Location: Shrine of the Thunderblade

Not exactly suited for the battlefield, Merchants can still make any battle very profitable by looting the aftermath of any fight and earn you some extra coin along the way.

Location: Shrine of the Trader

Octopath Traveler launches today. Apparently, it’s a chuffing good RPG to have on the go.