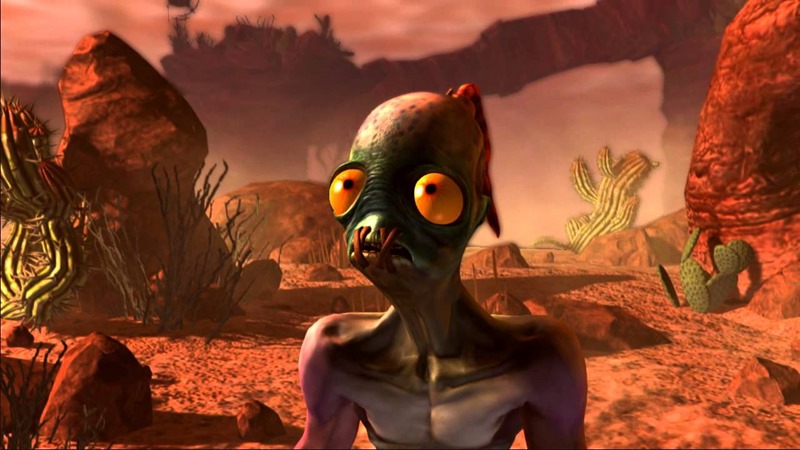 Man, I was following Abe before  it was cool! If you were growing up in the 1990s and happened to have a Pentium II 400MHZ PC with a Voodoo graphics accelerator card, then chances are high that you’ll remember playing Oddworld: Abe’s Odysee in 1997. A remake has been on the cards for quite a while now, that see’s the meek potential meat product re-imagined in glorious new visuals. And now Abe finally has a date on non-PS4 platforms.

Just Add Water’s remake of Abe’s Odyssey arrives on PC, Xbox One and PlayStation 3 in the next couple of months. PC, Mac and Linux get the game on February 25, while Xbox One and PS3 get to play “follow me” from early March. No word yet on an Xbox 360 version.

The PC version will be priced at £15 / £15 / €20, with a 10% discount for pre-orders on Steam. The remake was generally well received. It looked great, played pretty well for its age and the addition of old school controls was a pure win for veterans. If you’re on the fence about buying the game, here’s a summary of our PS4 review from last year:

I wish we’d been given a code to review this game. And a large sack of cash with a dollar symbol emblazoned on the side.

Well at least we’ll only be a year late with this review.