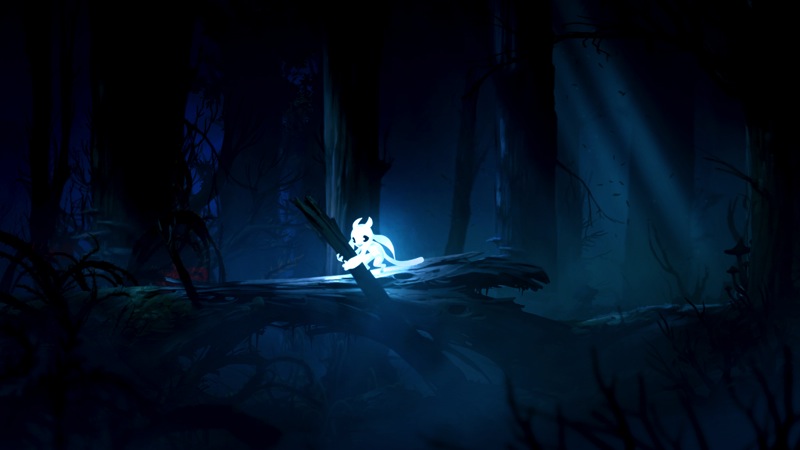 I’ve told you about Ori and the Blind Forest. At E3, I was impressed by how ridiculously beautiful it was, while at Gamescom I realized that it was more than just a pretty face. Now we’ve got more insight into the story, and it really might make grown men cry.

Here is the prologue for Ori and the Blind Forest:

For those who don’t watch videos, here’s the description:

In the prologue to Ori and the Blind Forest, we learn Ori was separated from the Spirit Tree during a great storm. The gentle and nurturing Naru finds and rescues the orphan, and we quickly see a parent/child bond develop as the pair spend sunny days in the Forest of Nibel and feast on the bounty of nature’s harvest. Late one night, Ori awakes to a great sound echoing through the forest. It is the Spirit Tree calling out to Ori, but when Ori does not answer, the tree erupts with light and its power soon fades. Without the life energy of the great tree, the forest soon begins to die.

The music alone is a reason I need this game, but now they’re pulling a Disney on us and killing off a parent figure. I feel so sad for Ori already and I don’t even have the game. He kind of reminds me of a small child crossed with a cat, two things which I suppose are meant to elicit a caretaker tendency. Geez, that was just a 10 minute clip and it feels almost as emotional as the opening of Up. I might be too busy bawling my eyes out to play.

Speaking of eyes, check out all these pretty screenshots to make your eyeballs happy after all those tears.

Ori and the Blind Forest is coming to Xbox One and PC later this year and it might just be a reason to grab the console.