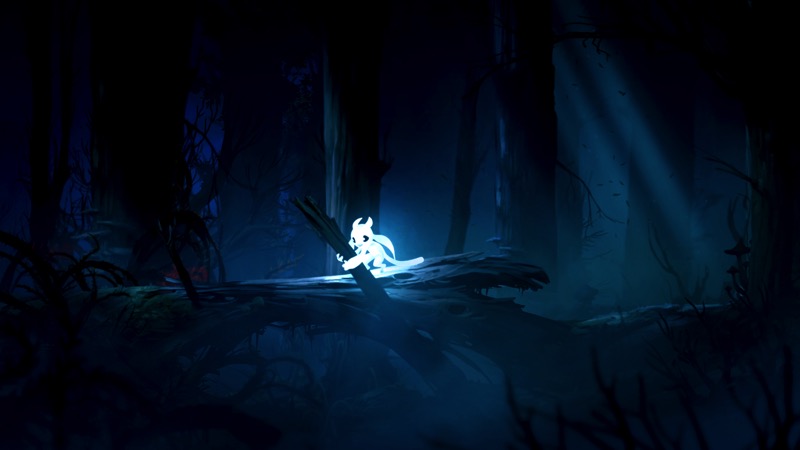 Ori and the Blind Forest is the gorgeous platformer coming to Xbox One and PC on 11 March. Don’t let its prettiness and emotional story fool you – this game is going to be really challenging, ala old-school platformers. There’s a gorgeous new trailer for the game, but is it the launch trailer?

First things first, check out this stunning and exciting trailer for Ori and the Blind Forest:

I like the way this trailer shows off the more difficult sections, as well as the changing colour palette. Much of what we’ve seen of the game has been in varying shades of blue, but that’s not the sum of the whole game. It seems to get much darker and more dramatic as you delve deeper into it. Plus, the story becomes even more terrifying.

I love that these games are being made. It’s a trend now to jump on the indie bandwagon, but I think it’s something more than that. All developers dream of making their own special project – they join AAA studios because they love to make games, but there is always a project that they’d love to pursue. Rather than leave AAA and go independent to make it, studios are embracing these developers and their smaller projects. After the successes for Ubisoft with games like Child of Light and Valiant Hearts, I think it’s clear that there is room in the industry for big and small titles. Plus, if it keeps developers happy and willing to work on the next big project, why not let them fulfill their dreams? Ori and the Blind Forest looks like a beautiful project that will give the AAA titles a run for their money.

With only two days until launch, could this be the final trailer before we get our hands on the actual game? Is this the “launch trailer” – I can’t imagine them showing us much more to get us excited.