Remember back in early January I wrote a post about how the MSSA were trying to stop a group of local guys entering into the ESL Battlefield 4 Country Championship? Well they managed to work around the idiotic regulations and have gone on to win their group and enter the playoffs. 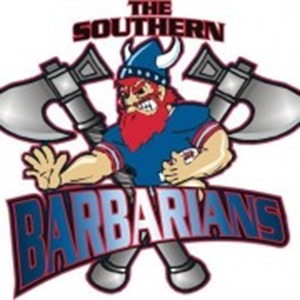 The South African team, who for now have to be called The Southern Barbarians, have so far played three matches in the group stages with the results making our country proud.

First up in a game vs Finland the Southern Barbarians lost the first game with 152 tickets remaining but managed to beat them in the second with 160 tickets remaining meaning they get the 3 points in this best of two.

Next up they were taking on Team Canada with Canada expected to dominate.

Well things didn’t go at all well for the Canadians as they lost the first game by 255 tickets and the second by what appears to be 186.. I can’t quite read it.

To be fair to Canada however their pings look absolutely shocking in this game which obviously gave our guys a massive advantage. But in the end you still need to take your advantages and South Africa did that.

In the last game we were up against Greece in two tight games with South Africa winning the first by 104 points and the second by a mere 22. In the second match it was South Africa who had to deal with the 200+ pings and it’s a testament to them that they still managed to take the win, if only slightly.

So now South Africa are into the play offs with our first match against Poland with the winner playing either Norway or the United Kingdom in the next stage.

We are favourites against Poland but will definitely be seen as the underdogs against the United Kingdom.

I can’t see when the match is played but if I get the details we’ll post a reminder and hopefully be able to watch the game via Twitch.

Well done guys you are definitely making us all proud here.

*According to local regulations the team competing are not official Team South Africa, but in my opinion they are and I will continue to call them that. They however are calling themselves The Southern Barbarians due to the MSSA interference.