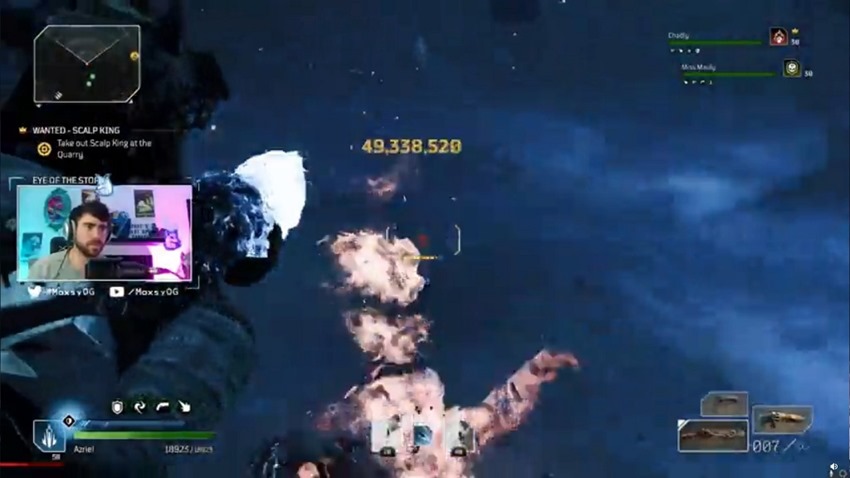 Provided that you’re willing to do a little bit of grinding and get your ass kicked seven ways from Sunday on the higher tiers of difficulty, there appears to be no real ceiling for just how powerful you can become in Outriders. At one point, each bullet to the noggin of an insurgent trooper isn’t just going to result in a geyser of bloody numbers erupting from the stump, it’ll likely cause all of space and time to fold in on itself with all the mathematical mayhem you’re capable of ejecting from your gun.

One Redditor has possibly gone too far man.

Moxsy-OG shared a short video of his final endgame expedition, called Eye of the Storm, which is designed to be the endgame to beat all endgames in Outriders. In that battle, big bad Outriders boss Yagak returns for a third time to try and kill you, and he has gone through the kind of power-up process reserved for an anime protagonist who received a week’s worth of training after vowing to become stronger.

Moxsy-OG killed him with a single bullet.

For this fight, Moxsy-OG was using a Trickster build with weapon and gear mods focused on delivering increased damage provided that the enemy was under specific status effects. Moxy’s team piled the status effects onto Yagak, like a Technomancer turrent drop that could apply the Vulnerable effect while the Pyromancer used a triple debuff heatwave attack to further soften Yagak up and break his shields.

One 49 million damage bullet to the head later, and the biggest threat in Outriders was taken down for good. Apparently, the most damage that can be done towards a single target in Outriders is 68.9 million points of death according to current player testing, a record which is almost nice.

What’s great about Outriders, is that the game’s chunky power and gear system is just begging to be abused. There’s no real emphasis on “balance” here save for developer People Can Fly slightly increasing the cooldown period of bullet abilities lately, as experimentation can see some wild combinations of mods and abilities to create planet-wrecking offense. It’s part of the appeal of Outriders, and considering how I’ve used my selection of mods to turn my Trickster into a Beyblade of death with quick cooldowns, maximum damage, and absurd health regen, I get it.