Not too long ago there were rumours that a number of organizations were looking to old Team Fortress 2 teams in hopes that the old professionals would show some interest in Overwatch. While comparisons are still being drawn between the two titles, Overwatch is said to blow it out the park completely. Blizzard’s new MOBA/FPS title launched with Closed Beta last night, and the lucky few (myself included) who get to play in the beta can confirm – it’s amazing. K1ck and Planetkey announce their team

Earlier this year it was rumoured that Fnatic’s old Battlefield team were making the move to Overwatch, as well as Tempo Storm. Now in the news is K1ck, Portuguese eSports club, who have acquired former Team Fortress 2, Day of Defeat and Team Fortress 2 professionals players.

Yesterday German organization Planetkey Dynamics announced that their Giant Bomb team would be moving over to Overwatch, although no further information has been released yet.

Ahead of the curve

Getting ahead in a new title is important, and it will be interesting to see which other big names pick up teams in the near future. South Africa hopefully wont fall too far behind as we too had an extremely competitive Team Fortress 2 scene here in South Africa. It will be interesting to hear their first takes on the game once beta becomes more available to everyone. I wouldn’t be surprised to see a lot of FPS players making the move across, the game is just that amazing.

Every video game out in April 2020 – Fantasy, zombies and one ugly mother-lover

Japan is delivering a solid one-two jab in April, with Resident Evil 3 dropping a mere two… 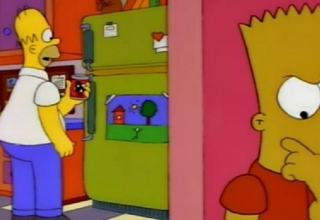 With the world suffering a massive pandemic and already a victim of plenty of fake news, Google has decided to cancel its usual April Fools fun this year.