Home Gaming Overwatch’s Soldier: 76 looks like the most traditional FPS character yet 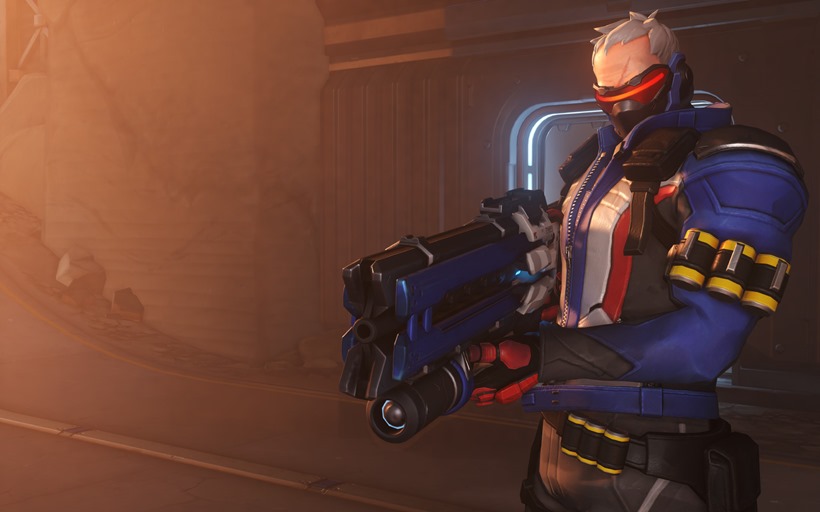 When I first got wind of Overwatch, I honestly didn’t pay much attention. Another pewpewpew title? No thanks! The more I read up on and saw what the characters were capable of however, the more excited I was to dive into Blizzard’s team-based shooter. They have spent the last few weeks showcasing the game’s 14 heroes and their various abilities by means of gameplay videos.

Once they reached the end of the list (with Zarya), I was convinced we would be getting an actual date for the beta. Apparently not, because they’re too busy adding new characters to the already lengthy roster…

The latest addition is Soldier: 76. Here’s his introduction video and bio:

Soldier: 76’s identity is meant to be a complete mystery, except Blizzard have gone ahead and leaked everything about him. You can read this lengthy story here, or you can watch this video instead:

To me, Soldier: 76 looks like a traditional FPS character bought into a more modern setting. He is a complete package, capable of both offense and support. Here’s what he can do:

Armed with cutting-edge weaponry, including an experimental pulse rifle that’s also capable of firing spirals of high-powered Helix Rockets, Soldier: 76 demonstrates the speed and support know-how of a highly trained military warrior. And when he has an objective in his sights, his target-tracking Tactical Visor ensures he makes the shot every time.

Tiny rockets spiral out of Soldier: 76’s Pulse Rifle in a single burst. The rockets’ explosion damages enemies in a small radius.

Whether he needs to evade a firefight or get back into one, Soldier: 76 can rush ahead in a burst of speed. His sprint ends if he takes an action other than charging forward.

Soldier: 76 plants a biotic emitter on the ground. Its energy projection restores health to 76 and any of his squadmates within the field.

Soldier: 76’s pinpoint targeting visor “locks” his aim on the threat closest to his crosshairs. If an enemy leaves his line of sight, Soldier: 76 can quickly switch to another target.

I’m quite fond of the fact that he has both a rifle and a rocket launcher. What about you? Does Soldier: 76 appeal to you at all? I wonder what other characters Blizzard have up their sleeve.

Oh and with regards to the beta, yes, I know that Blizzard have said it will be coming in the American Fall, but I am hoping for specifics. If you haven’t done so already, you can apply for access right here. I want mine dammit, I want to shoot stuff!