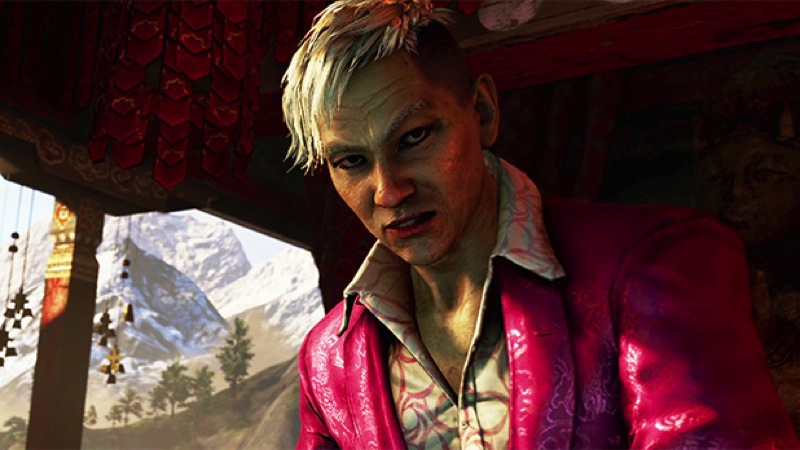 Far Cry 3 set a pretty high bar for antagonists, but it seems that Far Cry 4 will surpass it. Pagan Min isn’t just a crazy dictator and killer, he’s charming and fashionable. I think I might be falling in love with him, which is exactly what he wants.

In the new King of Kyrat trailer, Pagan Min shows off his unique sense of etiquette.

He’s crazy like the joker, but with a far better sense of fashion. According to the Ubisoft blog revealing this video, he’s a self-made man, too.

The son of a mid-level drug boss in Hong Kong, Pagan Min knew he was destined for greatness. Of course, Pagan Min wasn’t his birth name. No, after his father suffered a rather… unfortunate accident, he chose the name Pagan after a Burmese king who murdered his own family. A rather fitting new moniker for the would-be ruler. Pagan built himself an empire out of blood and fear in China, before moving his operations to Kyrat – a broken civilization just begging to be conquered. Once in Kyrat, he formed an allegiance with a local group called the Royalists, supporters of an heir to the throne.

It wasn’t long before Pagan launched a bloody coup against his once-allies, forcing all those who remained to follow him or die. Thus, the Golden Path was formed in rebellion, and the rest is history. Until young Ajay Ghale finds his way back home to be greeted by the one and only Pagan Min, himself…

I like the unpredictability built into the character, as well as the charm. He isn’t lovable because he kills all the things, he’s lovable thanks to that charm… and he just happens to kill all the people in a variety of ways. With perhaps the most interesting antagonist to date, here’s hoping that Far Cry 4 can also keep players interested in the protagonist, too.

Along with the new trailer, there’s the bundle announcement. We don’t have pricing yet, but presumably it will be priced like other console bundles. Can someone please tell me – do white consoles get dirty like white phones or tablets? 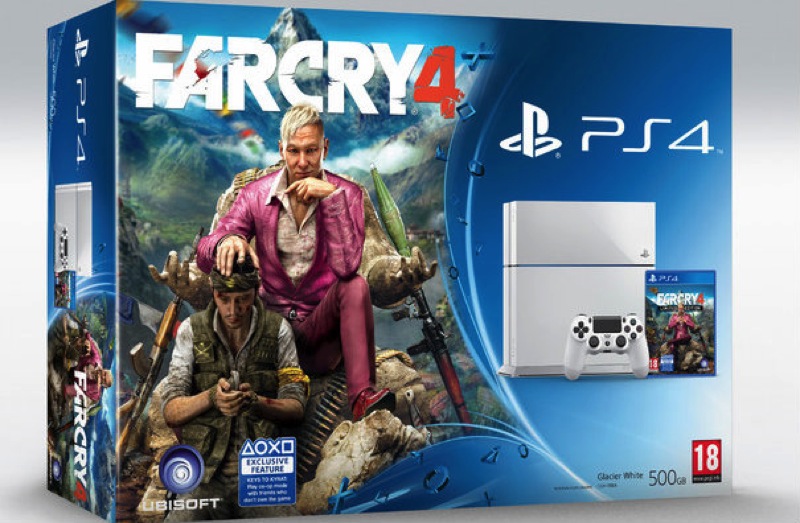