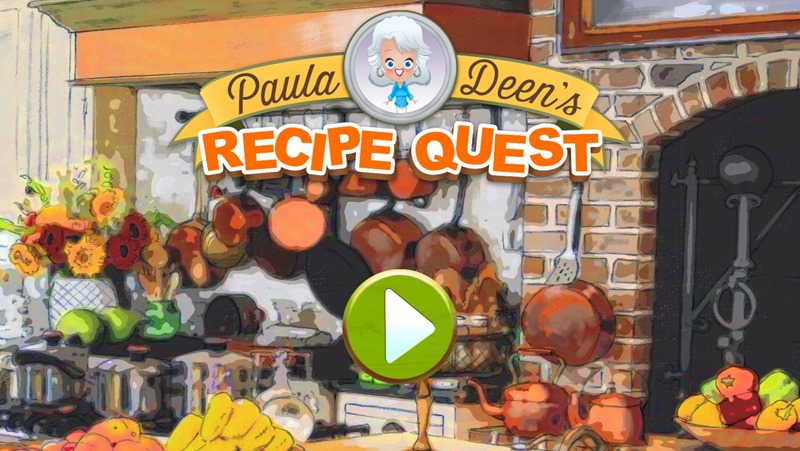 Man, how did it come to this? I was reviewing the big games. Battlefield: Hardline. Dragon Ball XenoVerse. Freakin’ DLC if I felt like it. And then this fell on my lap. A mobile game. A mobile game starring a cooking show host who happened to be more annoying than that factory where all the suicidal Pauly Shore clones are grown. Paula Deen Recipe Quest. I’ve fallen and I can’t get back up. 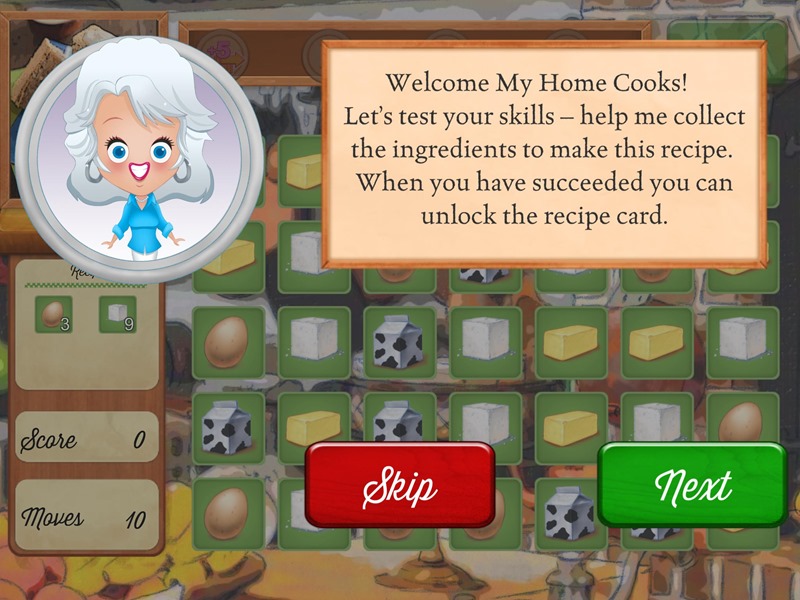 Oh crap, what is this? It’s like staring at Papa Smurf’s granny. Only with an unending smile and anime eyes. This is probably not a good idea. Okay, let’s get this crap over with. Here we go. 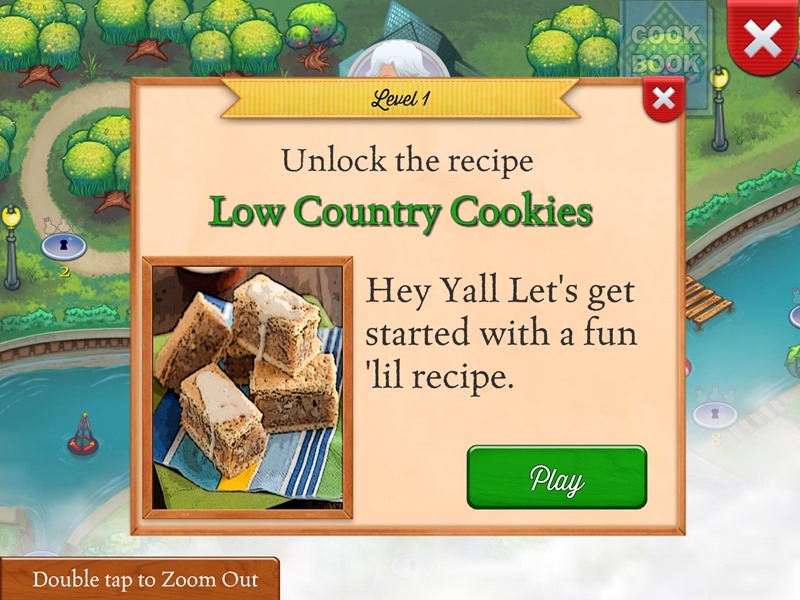 It’s like the map from Plants vs Zombies 2, except I might favour having my grey matter chewed on more instead of baking. Y’all. 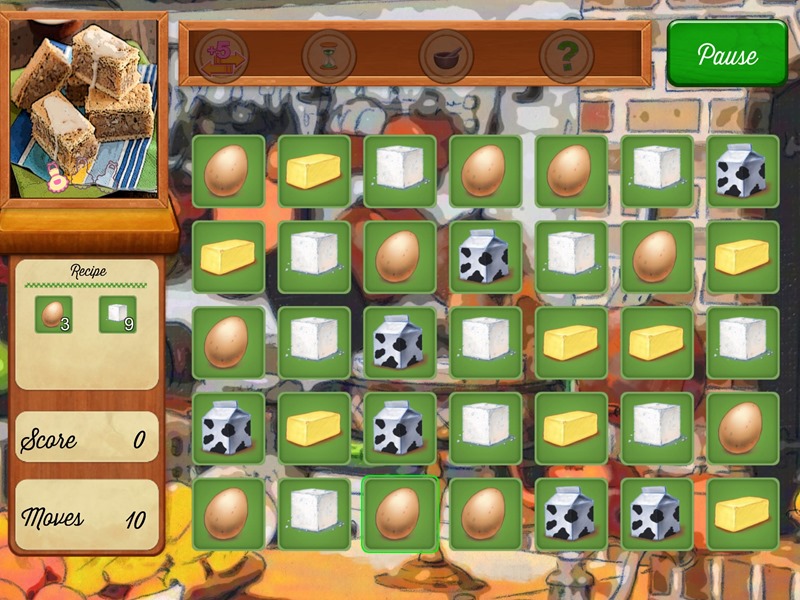 I’ll f***ing match your eggs and sugar. I’ll play your game. How hard can it be? It’s not like I’m digitally lactose-intolerant… 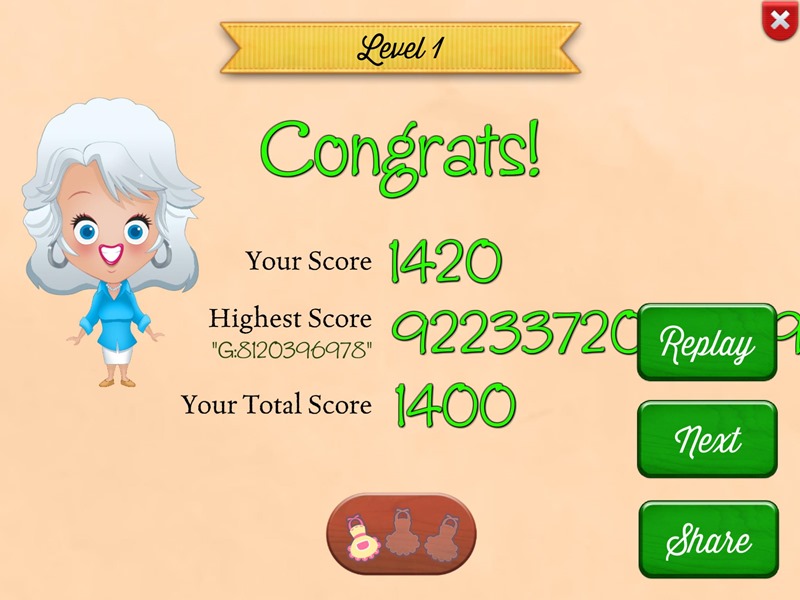 And now I wish I had an allergy to dairy products, after hearing digital Paula Deen giggle. This is wrong. This is about as wrong as a hotel that caters to Japanese businessmen sexual fantasies while looping Avril Lavigne’s Hello Kitty song non-stop while the world burns. Who did I piss off to land this gig? Why can’t I remember dammit? What are these various tattoos trying to tell me? 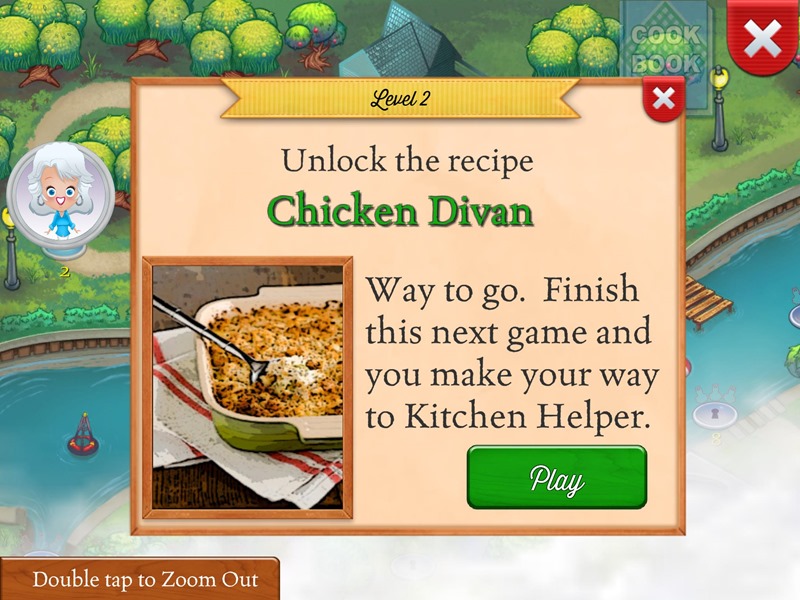 One level down. I can do this. I can freakin’ do this. Okay, chicken divan dish next. It looks like somebody flattened a pizza and scraped it into a casserole dish, but let’s do this. 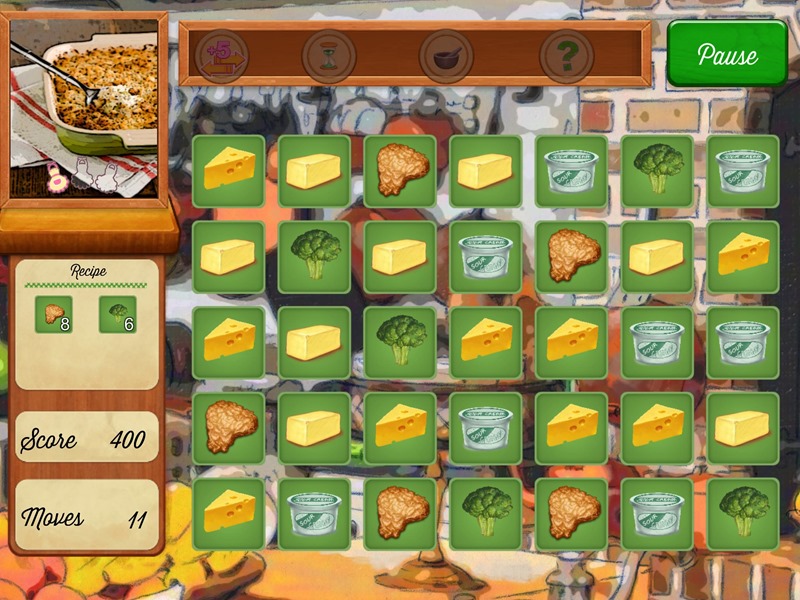 That’s not chicken. That’s deep-fried brain pieces of brain. And who puts brain next to broccoli? What kind of lunatic designed this game? Why can I feel my mind slipping even further? I swear, this game has so much banjo music in the background that I can feel Deliverance 2 being greenlit.

That laugh. That damn laugh. Every level ends with Paulatron giggling away. Who hates humanity so much, to do this to them? 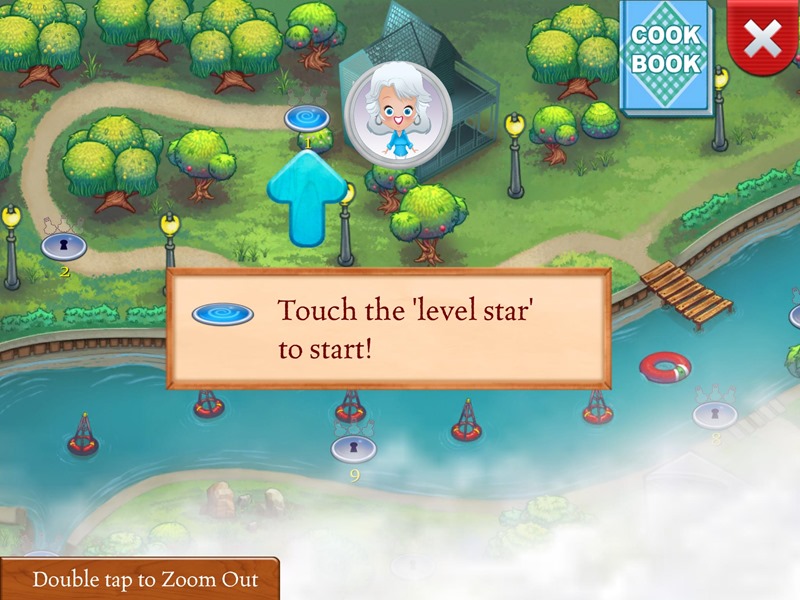 You will not beat me Paula Deen. I know your game. I will defeat you. I WILL DEFEAT YOU! 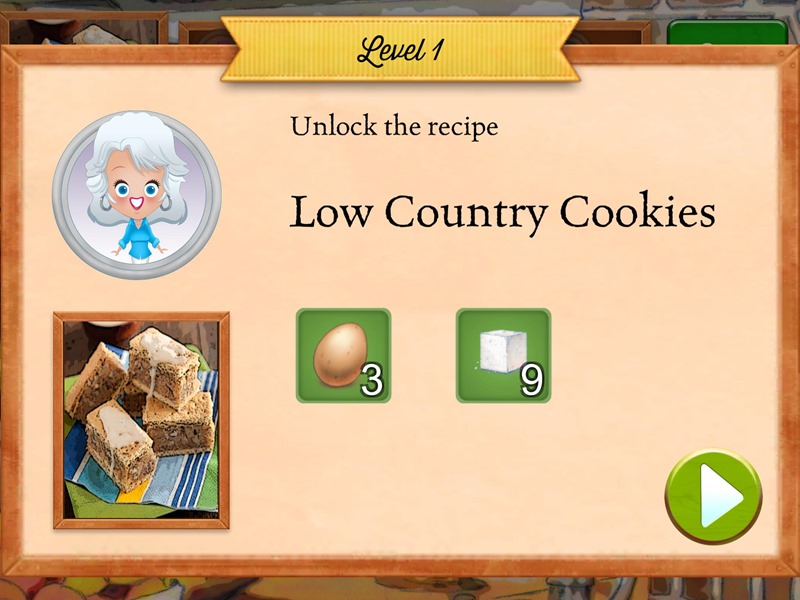 I’m not down yet Deenthulu! All these people who’ve lived in terror of you and your judgement? All these people whose ancestors devoted themselves, sacrificed themselves, to you. Can you hear them singing? Oh, you like to thing you’re a god. But you’re not a god. You’re just a parasite eaten out with jealousy and envy and longing for the lives of others. You feed on them. On the memory of love and loss and birth and death and joy and sorrow. So, come on, then! 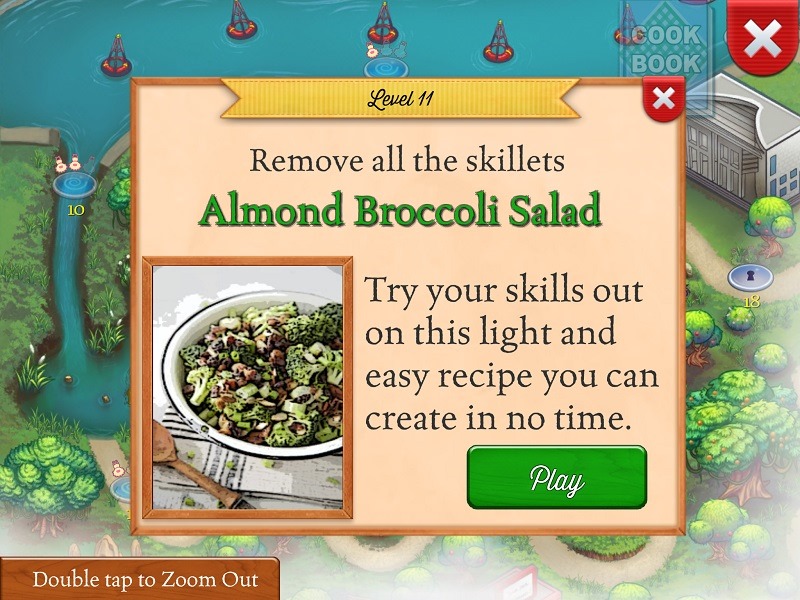 But I hope you’ve got a big appetite, because I have lived a long life and I have seen a few things. 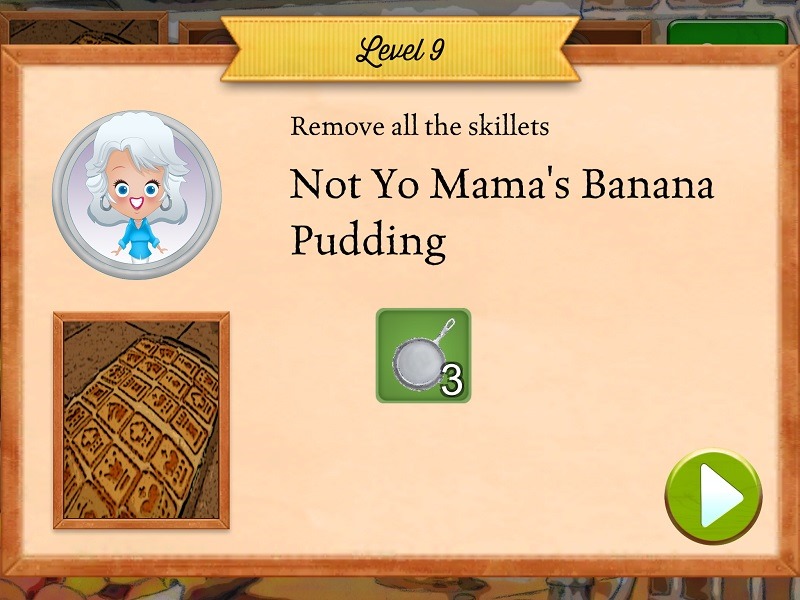 I walked away from the last Great Console War. I marked the passing of the Sega Lords. I saw the birth of the new-gen and I watched as game designers ran out, moment by moment, until nothing remained. No time. No space. No free DLC. Just me. I walked in games where the laws of physics were devised by the mind of a mad man. I’ve watched franchises freeze and long-running game series burn. I’ve seen things you wouldn’t believe. I have lost save games that you will never understand. 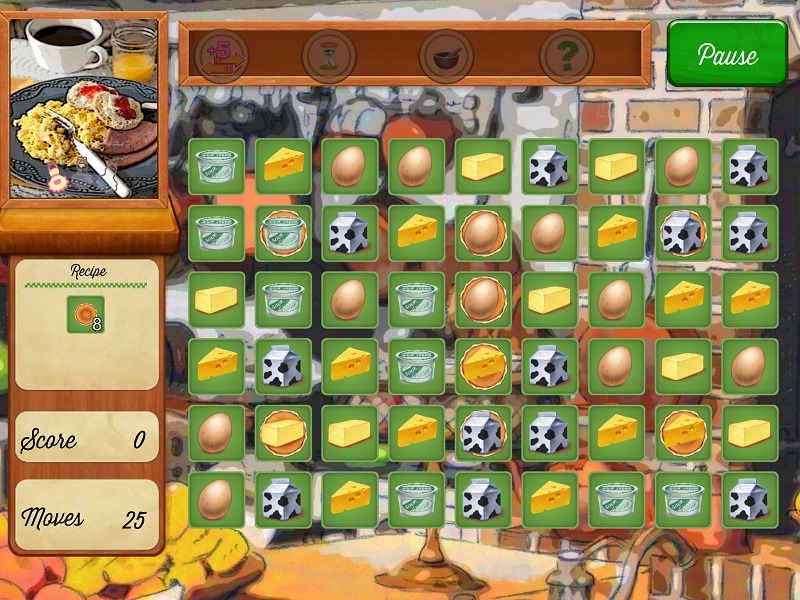 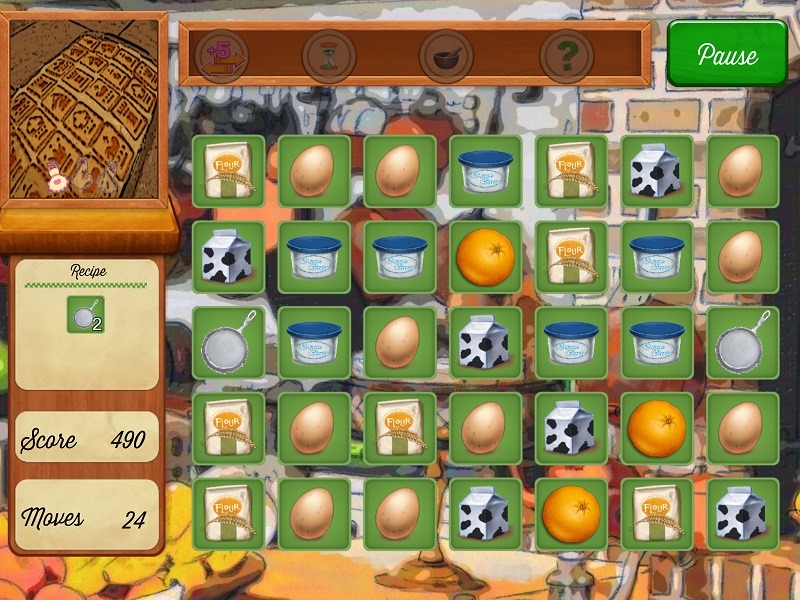 I give up. I’m beaten. My soul is dead. The Paula Deen, has won. 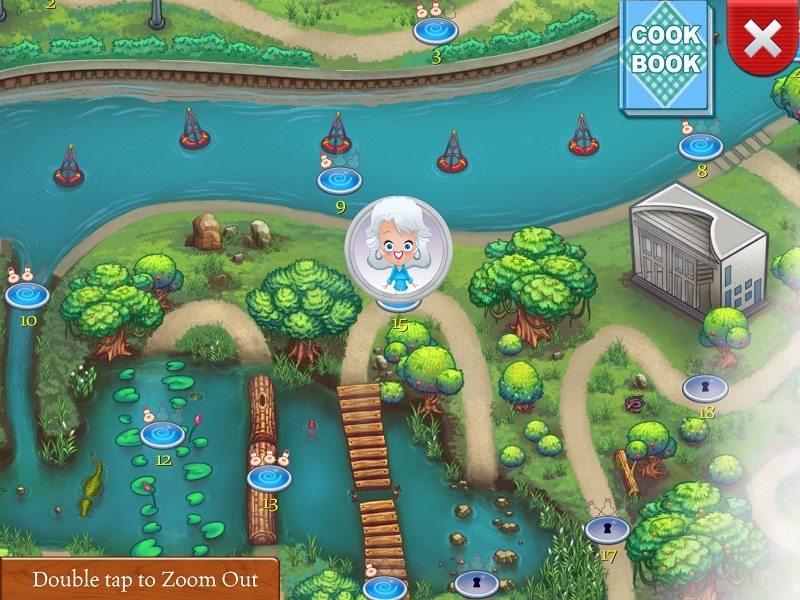 Wait, what’s this? I can’t proceed past level 14, without paying for the rest of the stages? Ordinarily, I’d consider this a loss. Today however, I’m making an exception. FREEDOM!