Home Gaming PC getting a port of Killer is Dead 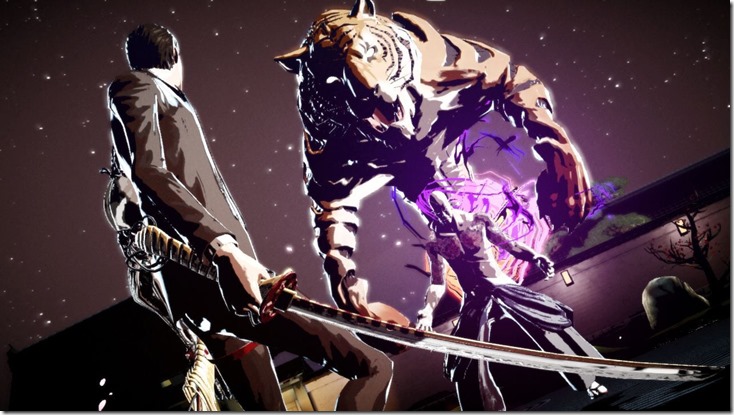 Game developer Suda 51 has earned somewhat of a cult following with action-packed games carrying his unique sense of humor. Titles like Lollipop Chainsaw, Shadows of the Damned, No More Heroes, and Killer7 have come to define his style. It was last year’s Killer is Dead, though, that highlighted some of the conflicts between Eastern and Western culture, particularly regarding sexuality. On May 9th, PC creeps gamers will also be able to try their hand at the controversial “Gigolo Mode” with the release of Killer is Dead: Nightmare Edition, Deep Silver says in a press release.

This version of the game will include a new difficulty mode called Nightmare in which enemies can only be defeated using the Adrenaline Burst, Dodge Burst, and Headshot abilities. It also disables the Final Judgment finisher for added challenge.

Also included is the Smooth Operator DLC pack, as well as a Theatre Mode which allows the player to re-watch cutscenes and get extended background information on characters.

Deep Silver has not yet specified what service will distribute the game, but with many of the publisher’s titles available on Steam, it’s likely safe to assume that Killer is Dead: Nightmare Edition will be for sale on Valve’s popular distribution service as well. The press release notes a price of $19.99/R216.83/£19.99 for the package.

The Nightmare Edition trailer highlights the game’s striking art style and its furious, bloody action. Notably absent are traces of the Gigolo missions, perhaps since they were generally ill-received in Western markets. Regardless, if you’ve been on the fence and have a capable PC, the asking price is easy to swallow for a fully featured title that is less than a year old. Keep it in mind if you’re into Suda 51’s brand of violence.