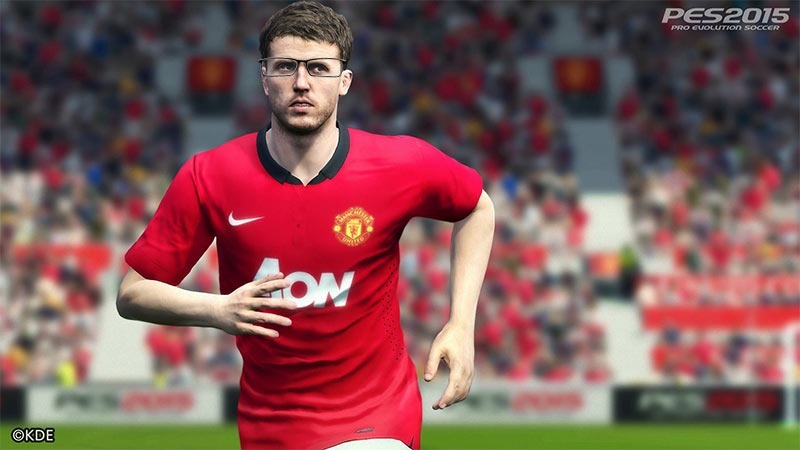 Pro Evolution Soccer 15 is coming in November, and thanks to a development team that includes input from both UK and Japanese studios, this year’s iteration may actually provide some proper competition to FIFA. While the Xbox One and the PlayStation 4 will never reach parity thanks to the Xbox One’s weaker hardware, for the most part newer games are at least close. But not in PES 15. Not by a long shot.

According to Konami’s own product page for the football simulator, the Xbox One version will run at a significantly lower resolution than the PlayStation 4 version, running a little more like the version that’ll grace the PlayStation 3. 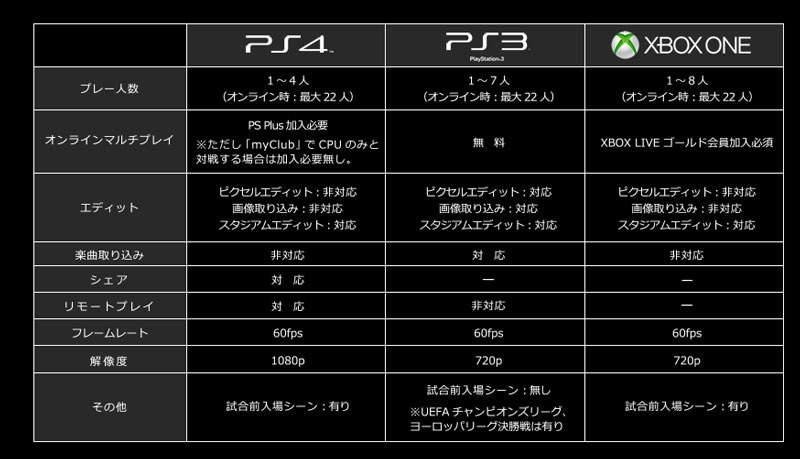 The PlayStation 4 version, says Konami, will maintain 60fps at 1080p. The PlayStation 3 and Xbox One versions however, will have to make do with half the output resolution, coming in at 720p. I’m not one of those who’s really hung up on resolution, but I think the level of disparity here is appalling. It’s got less to do, to my mind, with the power gulf between the systems and the amount of care that Konami is putting in to the Xbox One version instead.

Most games that fail to hit the 1080p sweet spot  instead run at 900p, which I’m sure the Xbox One is capable of in a game like PES. That said, it could also be because the Xbox One version does have one benefit over the PlayStation one; it allows for 8 players local multiplayer, which the PS4 only allows for 4. I’m not all that sure it’s a feature that’d ever end up being used in this age of online multiplayer, but it could be quite fun nonetheless.

The game’s is coming to PC, PlayStation 3, PlayStation 4, Xbox 360 and Xbox One in the middle of November. It’s biggest competition, FIFA 15, was released last week to mixed reviews.