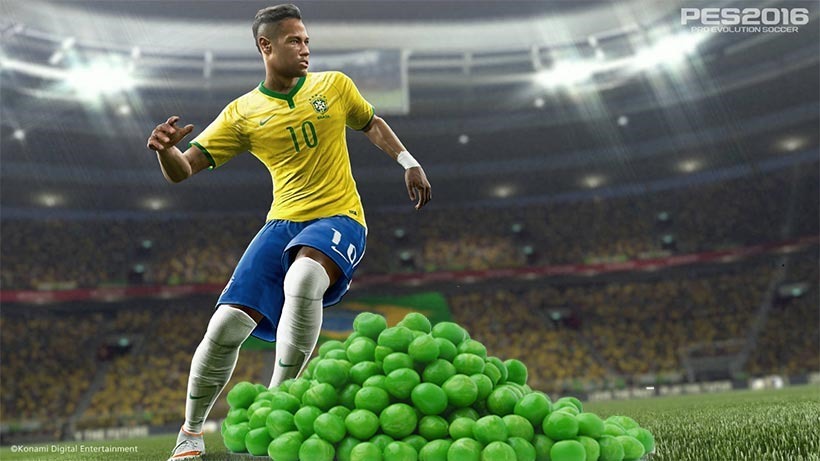 Last year, there was a storm-inna-teacup bit of furore over Pro Evolution Soccer 15 running at a sub-optimal 720p on Microsoft’s Xbox One. It wouldn’t have been much of an issue, save for the fact that it ran at the full HD 1080p resolution on Sony’s console. With both running at a mostly stable 60fps, the game looked decidedly crisper and clearer on Sony’s machine.

The same could be said for that other game using Konami’s Fox Engine: Metal Gear Solid: Ground Zeroes. That game, too, looked and ran better on the PlayStation 4.

Either Konami’s really gotten to grips with the engine and the Xbox One’s SDK, or DirectX 12 is making an impact already – because Pro Evolution Soccer 2016 will run at 1080p on the Xbox One.

Pro Evo community manager Adam Bhatti confirmed that the Xbox One version of the game will be running at 1080p on Twitter.

That’s just one of the mistakes the game is fixing. Bhatti has said that this time, they’re fixing mistakes, instead of making new ones.

Last year changed a lot, we had a really good show at Gamescom. Everyone gave us a chance. And then what happened [was] we started to win more and more awards. If you haven’t won anything in seven/eight years and then you go and win all but ten, you know you did the right thing.

And that’s really important for PES. Every year for those seven/eight years we were trying to change things massively, dramatically, because we knew that it was what people wanted. We keep making new mistakes rather than [just] fixing them.”

It’s ostensible that the same  sort of engine tweaking will help Metal Gear Solid V: The Phantom Pain on Xbox One as well.