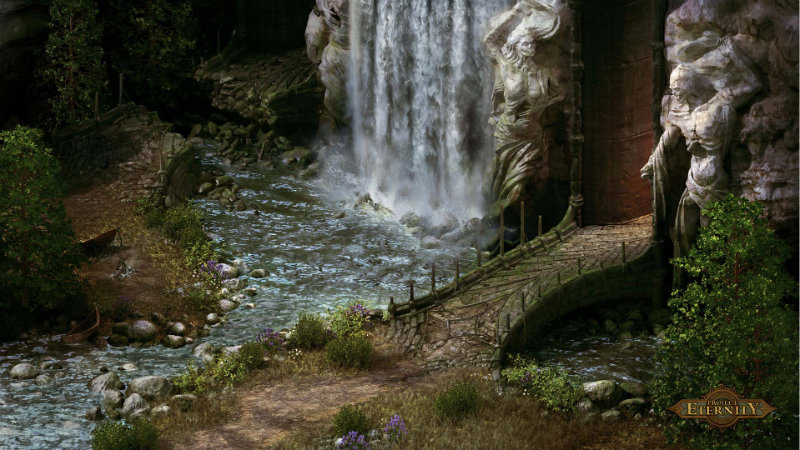 Pillars of Eternity promises to be a proper old-school RPG. Inspired by Baldur’s Gate, Iceland Dale and Planescpe: Torment, it got a whole bunch of Kickstarter money in late 2012. Unfortunately, I haven’t let myself be too excited for it, until now.

Just to remind you of what the game is all about, here’s the pre-order gameplay trailer:

With classic party mechanics, beautifully crafted worlds and old-school RPG inspiration, it has many people excited. I was just worried that the game was getting lost in development hell, especially after it was delayed into this year. However, we now have a release date – 26 March 2015. You can even go pre-purchase the game on Steam.

Feargus Urquhart, CEO of Obsidian Entertainment is excited for people to start playing.

Everybody at Obsidian has been dedicated to ensuring that Pillars of Eternity is the game we said it would be ever since we launched the Kickstarter campaign. The community has been incredibly forthcoming with their feedback, and we want to thank all of our fans for being so engaged with the game’s development – and for giving us the time to implement their suggestions and ensure Pillars of Eternity is a game we can be proud of. We’ve used that time well, and the results will be worth the wait. The end is finally in sight, and our journey is nearly complete – at which point yours can begin.

Were you a backer from the start, or are you waiting for the game to release before you get excited? What are you hoping to see in the game that would make it worthwhile, or are you just happy to have yet another epic RPG releasing this year?