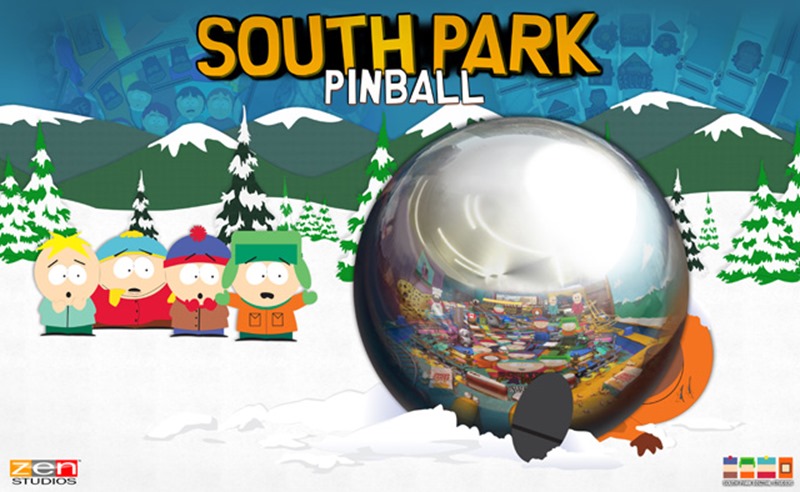 Pinball. The game of kings. It’s the table where you cut your teeth and bash your thumbs, an arena that will have you juggling balls like a dirty euphemism gone rogue. Throughout the years, the core idea of pinball has remained untouched, with the game translating perfectly to the digital side of the industry. If you consider yourself a table jockey, then Pinball FX2 might be right up your alley. Especially if you’re a fan of South Park. 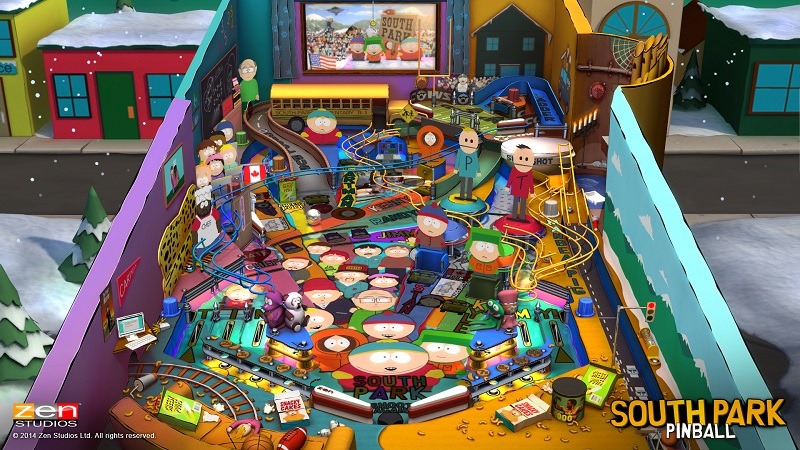 So here’s the low-down on how it works: Pinball FX2 is free. Or a free client, wherein you can buy various themed table in order to knock some pinballs around in. Each table goes for $2.99, and includes various bells and whistles related to the property that you just purchased. For instance, the Marvel catalogue includes properties such as Doctor Strange, Guardians Of The Galaxy and Captain America. If you think comic books are for sexy nerds who get all the love these days, then you can practice bumping pinballs on Street Fighter, Star Wars or original tables designed by Zen Entertainment.

But this review is for a pair of South Park tables, so c’mon down and meet some friends of mine. 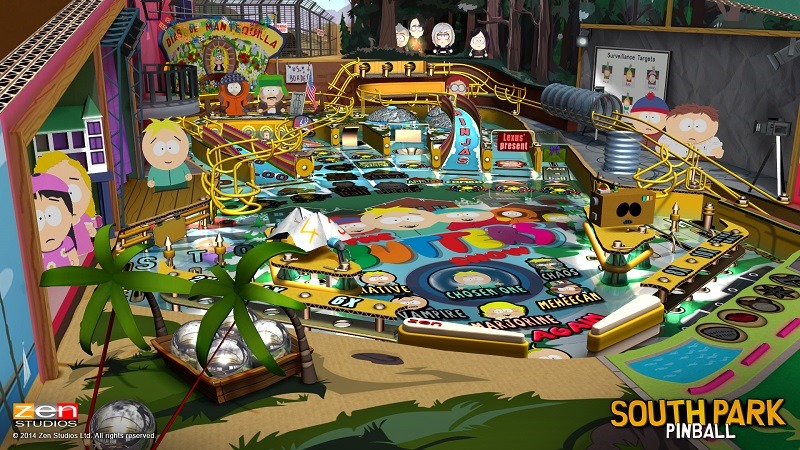 Now the core game itself, is actually attractively smooth. You’ve got proper 1080p high definition, with the game running at 60 of those frames per second that people are gagging for lately. Table designs are actually pretty imaginative, with various challenges and trick shots built into them.

The South Park tables come in two flavours. You’ve got the whole gang of Stan, Kenny, Kyle and Cartman together in one table for Super Sweet Pinball, while Butters gets an entire game to himself. Using primarily early sound bites from the original seasons, the first table has you flipping balls and bumping bumpers to the tune of Cheesy Poof commercials and alien anal probing, while the Butters table plays much like a compilation of his greatest hits. They’re a great set of tables, with the layout giving plenty of room to rack up big scores and multipliers during special events once you’ve shoved your pinball into a specific hole enough times. 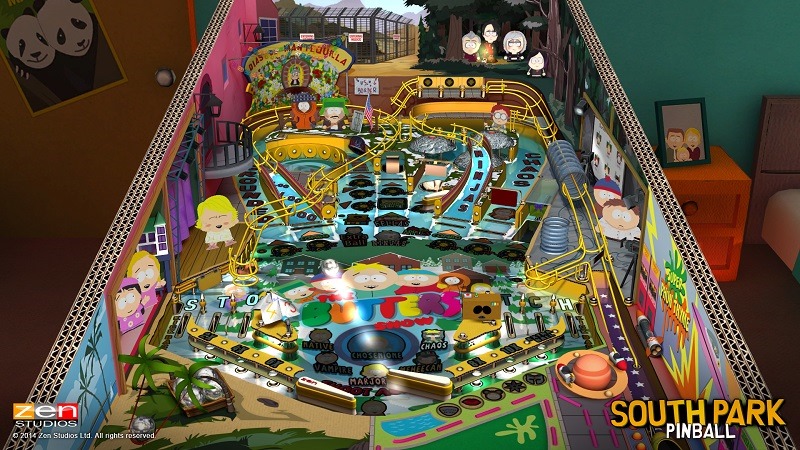 But they do quickly become grating, when you realise that there are limited sound bites on offer, with various quotes and jingles playing repeatedly. The board itself can also be distracting at times, due to the sheer amount of ramps, mini-games and targets that it contains, making it easy to lose track of your pinball. Visually, the games border on being too much at times, while the audio side is lacking at times.

Still, it’s hard to not notice the passion and dedication that went into designing these tables. Most developers would throw on a few wallpapers and jingles, while calling it a day, but Zen Studios have managed to create a pair of tables filled with visual in-jokes and gags that fans of the show will appreciate. 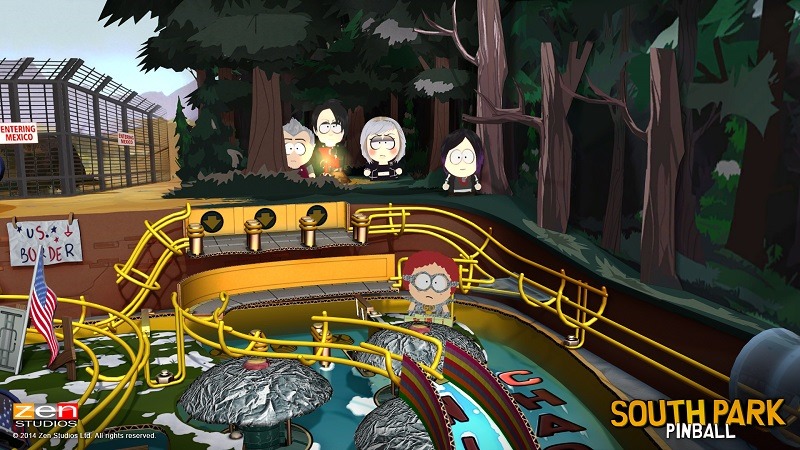 There’s not much more I can really say about the South Park content. It’s pinball, it works fine and it runs at a buttery smooth rate while encouraging you to beat the ridiculous scores of your friends that are saved in the leaderboards. And it’s a game client that will be updated with many, many more tables in the future. You may not be able to afford an actual pinball table, but the digital version is the next best thing.