Nintendo’s Switch has become home to ports of games you wouldn’t have thought would possible, or suitable, for a handheld platform. We’ve seen DOOM, Skyrim, LA. Noire from third parties, along with a myriad of first party ports from Nintendo’s own beleaguered Wii U. 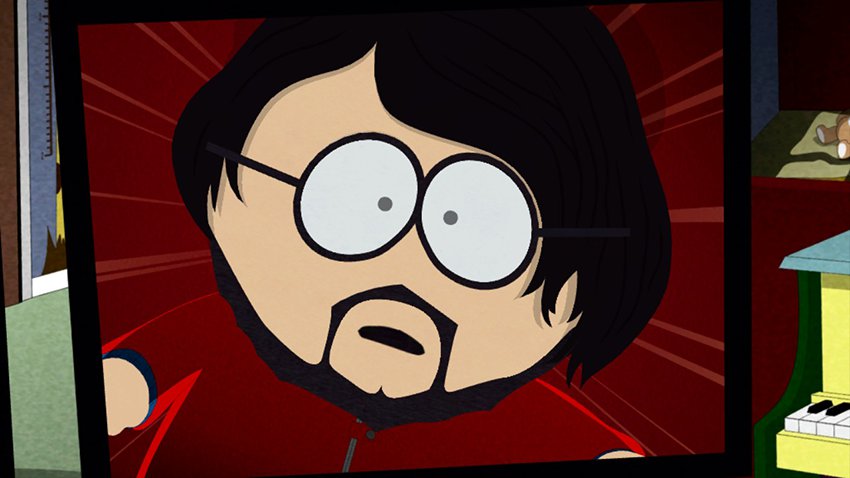 The latest game to make the transition from more powerful platforms to the hybrid handheld is Ubisoft’s South Park: The Fractured But Whole. The worthy sequel to the more medieval-themed Stick of Truth sees the younger residents of the snowy city ditch their chain-mail, wands and clubs of smiting for weapons, powers and accoutrements of a super-powered nature.

In the Fractured But Whole, you’ll once again be the new kid, joining Cartman, Kyle, stan and everybody else from South Park in an adventure that deftly takes the piss out of the glut of superhero movies, along with everything else. What makes it stand out especially, is how incredibly authentic it is. The town has been faithfully recreated, its characters all perfectly voiced, and it holds no punches in its material. 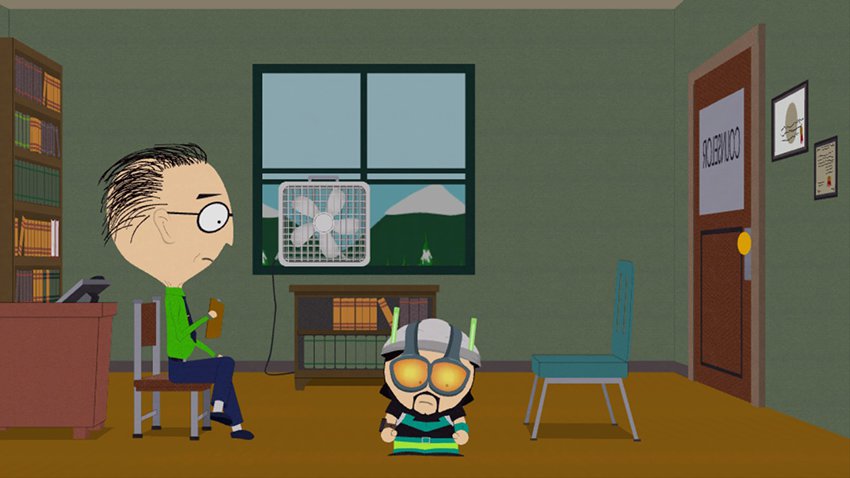 If you take that away though, there’s a pretty good game on offer here. The turn-based RPG combat is simple, but rewarding, while the general questing, exploration mission structure and the extraneous stuff in the periphery are all entertaining. There were a few concessions in getting the game to run on the Switch though. While it is the same game you may have played on other systems before with nothing cut, there are frequent, distracting load times that sully the overall experience – and that’s whether you’re playing it docked or in handheld mode. The paper cut-out art style was never really a test of processing prowess and holds up well here regardless of the lower resolution. Still, the load times sting.

The Switch version does have one benefit in that you can actually use the touch-screen for navigating the in-game mobile phone that serves as your menu. You can also tap out the battle prompts that increase output damage and reduce incoming damage – which feels a lot more natural and intuitive than pressing buttons for the purpose.

It isn’t the best value proposition though. While other versions of the game came with the previous one bundled, you get no such benefit on the Switch. You also get none of the DLC included but get to pay full price. It also swallows up 17GB of the SWitch’s storage, so you’ll need to make damned sure you have an SD card handy. Beyond that, it’s effectively a straight port of last year’s game – so in that spirit, what follows is a straight port of last year’s review. There’s a moment around seven hours into South Park: The Fractured But Whole, that feels typical of a Hollywood superhero movie that was produced with the budget of a small European nation GDP. Alongside the Coon and his allies, you’ve battled your way through various henchmen, survived a booby trap and used your revolting rectum to bypass several puzzles.

It’s the end game for the tinfoil terror known as Professor Chaos, as you’ve trapped him on the roof of his secret lair…or so you think. All of a sudden, the master of chaos has revealed his master-plan: South Park will be covered in lava/red LEGO bricks, everybody will be trapped and anarchy will reign supreme. There’s nothing that you can do, as your arch-villain has created an almighty suit of terror, cheap Mexican labour and even more sheets of thin aluminium to stop you once and for all. It’s ludicrous and it hinges entirely on one in-game mechanic: Imagination. It’s the glue that binds everything together in South Park: The Fractured But Whole, a rulebook which makes no sense in the real world but works magically in the minds of a group of idealistic children who happen to be champions of truth, justice and the American Netflix series.

The magic of The Stick of Truth has been erased, replaced by the superheroes of stage and screen who dominate wallets and ambitions in the US of A, with the world around you constantly blurring the line between what fantasy and reality. It’s a fantastic setup, bolstered even further by a world that reacts to you and your smelly shenanigans as you find yourself embroiled in the typical lunacy of the iconic small mountain town. While the RPG elements of The Stick of Truth still drive The Fractured But Whole’s primary gameplay forward, there have been some changes. The biggest of which, is a grid system that feels like it was pulled straight out of the venerable Disgaea series or Final Fantasy Tactics. With the quick-time inputs for attacks now serving more of a secondary purpose, the primary meat and potatoes lie within how you position your heroes.

How you use their attacks on a grander stage to think two steps ahead as everyone takes a turn while playing pretend superhero. It looks simple at first glance, but underneath the surface is a strategic beast that is just waiting to be unleashed as players augment their teams with new powers and abilities derived from the greatest of origin story tragedies. It’s a system that works not just because of its cleverness, but also because of its source material. Every character taps into a power that echoes their personality, resulting in every blow thrown having a backstory attached to it. Coon’s ultimate attack is vainglorious self-promotion to the max, Super Craig’s flippant flipping off turns him into the ultimate human shield and Jimmy’s Fast-Pass persona embodies everything that the handicapped comedian wishes that he was. Wow what a terrific audience.

Powers and tools, which are nothing compared to the unyielding clench of your buttocks, a weapon of ass destruction whose abilities grow with each chapter. Early on in The Fractured But Whole, a chance to consume the spiciest of burritos results in your flatulence having an ungodly effect of rewriting the fabric of time and space itself, a trend that continues throughout the story as you unlock new skills. This tags into effect unlockable super-buddies, who make full use of your disgusting flatulence to bypass several puzzles spread around South Park. It’s silly, juvenile stuff and yes I giggle every time I shove a tube up my character’s ass so that Stan can use a sandblaster to clear lava out of the way. To label The Fractured But Whole as anti-SJW material is cheap and lazy. It might have elements that offend some, but it makes use of a far more cohesive narrative that keeps the storyline in tune with what South Park has attempted to do during its latest seasons. There’s a continuity at play here, an overarching tale that makes full use of 20 years worth of references to craft its adventure and create a history for this sequel.

That means that while The Fractured But Whole has plenty of outrageous moments that range from Catholic priests wielding anal-Rosary-beads through to using your character to grind away a lap dance for information, those sequences feel less abundant and are used when necessary. Y’know, as opposed to The Stick of Truth which turned up the offensive assault up to 11 with the sheer number of horrors that the minds of South Park creators Matt Stone and Trey Parker gave birth to. This is a story of fan service and imagination, fart jokes and greed. It’s a better story as well, that downplays the shock value in favour of keeping the progression chugging along at a smooth clip while maintaining its middle of the fence stance on every hot topic available. There’s something undeniably magical about kids being kids and having their imagination run as wild as their filthy little mouths during turns.

It’s a charm that extends to South Park itself. When you’re not busy hunting for new costumes, Artifacts to boost your might or making the mistake of pissing off actor Morgan Freeman. South Park as a location is full of its usual haunts, ranging from series staples such as Tom’s Rhinoplasty through to new additions like a micro-brewery and that artisanal section of town with a yuppie name that I just can’t figure out how to pronounce. South Park: The Fractured But Whole isn’t a massive departure from what came before it. If anything, it’s more selective with its shock humour and its core gameplay is designed to be more inviting to newcomers before it throws more complex wrenches and scenarios at you. It’s a good game that will appeal to anyone who has a love of violently tolerant rednecks and children caught up in increasingly bizarre situations. At the very least, there’s a good laugh to be had across the multiple hours of playing pretend.