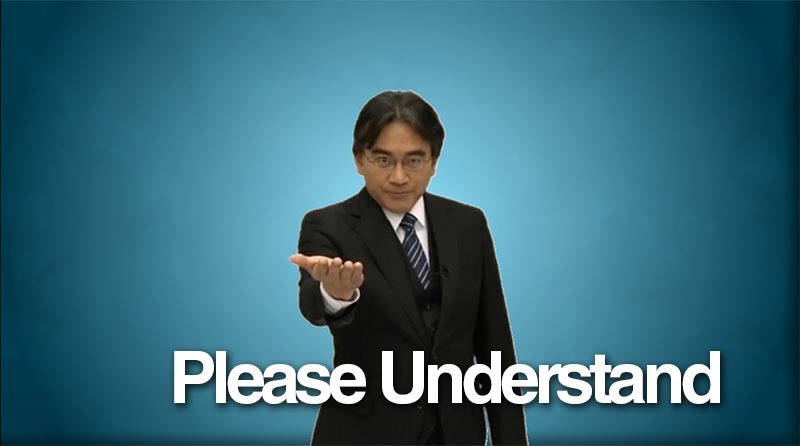 Nintendo’s entered the mobile space, and it’s caused much consternation for fans of the House of Mario. Many believe that the company has sold its soul to make a buck. Many are worried that development of mobile Nintendo games will be handled by new partner DeNA, who has a less than sterling reputation with its mobile games. In an interview with Time, Nintendo’s Satoru Iwata has put those fears to rest – insisting that the move is more about players than it is about money.

It was widely assumed that Nintendo would just adopt the money-making free-to-play standard from the get-go. While that may indeed happen for some titles, it’s not something that’ll be applied to every game.

“I understand that, unlike the package model for dedicated game systems, the free-to-start type of business model is more widely adopted for games on smart devices, and the free-to-start model will naturally be an option for us to consider,” he said.

“On the other hand, even in the world of smart device apps, the business model continues to change,” Iwata added. “Accordingly, for each title, we will discuss with DeNA and decide the most appropriate payment method. So, specifically to your question, both can be options, and if a new Nintendo-like invention comes of it, then all the better.”

“Nintendo does not intend to choose payment methods that may hurt Nintendo’s brand image or our IP, which parents feel comfortable letting their children play with,” he said. “Also, it’s even more important for us to consider how we can get as many people around the world as possible to play Nintendo smart device apps, rather than to consider which payment system will earn the most money.”

That echoes something similar from Nintendo’s most famous designer, Shigeru Miyamoto.

“I have explained—in regard to entertainment in general—that if development of products that thrive on creative uniqueness is dictated by those who prioritize sales and profits, the possibilities for the future of entertainment will be limited,” says Miyamoto.

Nintendo hasn’t announced any mobile games yet, though they expect to release the first by the end of this year. The games won’t be developed by DeNA, but rather Nintendo themselves. They’ll be relying on DeNA to do the backend stuff, and to make sure the games are suitable for the mobile space.

Iwata also said that while some companies rely on a single smash hit like Candy Crush, Nintendo will instead try to create a more long-term, sustainable mobile gaming business by leveraging the incredible IP they have.

“For Nintendo, being able to make use of the enormous IP library that we have carefully nurtured for more than 30 years is a major strength,” he said. “We would like to create several hit titles simultaneously by effectively leveraging the appeal of Nintendo IP, which many people around the world are familiar with.”

They very much want to make sure they don’t devalue their brands though.

“The value of content generally tends to weaken in the digital world, and especially on smart devices, it is not easy to maintain the value of content,” Iwata said. “We aim to explore ways where we will not devalue Nintendo IP and, rather, we can further improve the value.”

Nintendo believes they can leverage smartphone gaming as a way to get more people interested in playing games on their dedicated gaming devices.

“We have come to the stage where we can say that we will be able to develop and operate software which, in the end, will not hurt the value of Nintendo IP,” he said. “But, rather, will become an opportunity for the great number of people around the world who own smart devices–but do not have interest in dedicated video game hardware–to be interested in Nintendo IP and eventually to become fans of our dedicated game systems.”

It really seems like Nintendo’s put a great deal of thought into its foray in to mobile gaming – and wouldn’t do anything to jeopardise its IP.