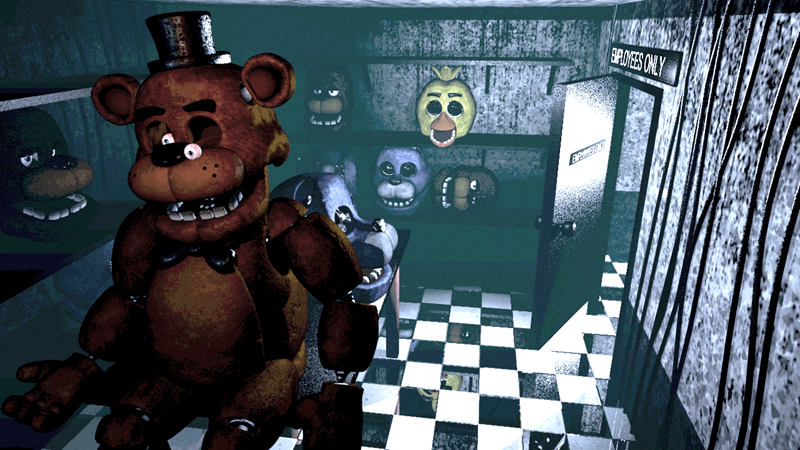 The Five Nights at Freddy’s franchise has had one heck of a ride over the past eight months. No really, the first game received glowing praise and hit cult status, prompting the release of two sequels in the space of seven months. Heck, Warner Bros spotted the cash… er… potential, and are even making a film! If you thought that a trilogy of scary animatronic animal games and a film was more than enough, you’d be horribly wrong. A fourth entry into the gaming series has been announced.

We can expect the latest Five Nights at Freddy to land on Halloween, the 31st of October. The period between the release of the 3rd and 4th game is the longest yet (a whopping 7 months) which makes me wonder how exactly this latest entry into the franchise will turn out.

Here’s the teaser image straight off the website (via GameSpot). You may want to up your brightness/contrast if you have trouble reading the text in the bottom left… 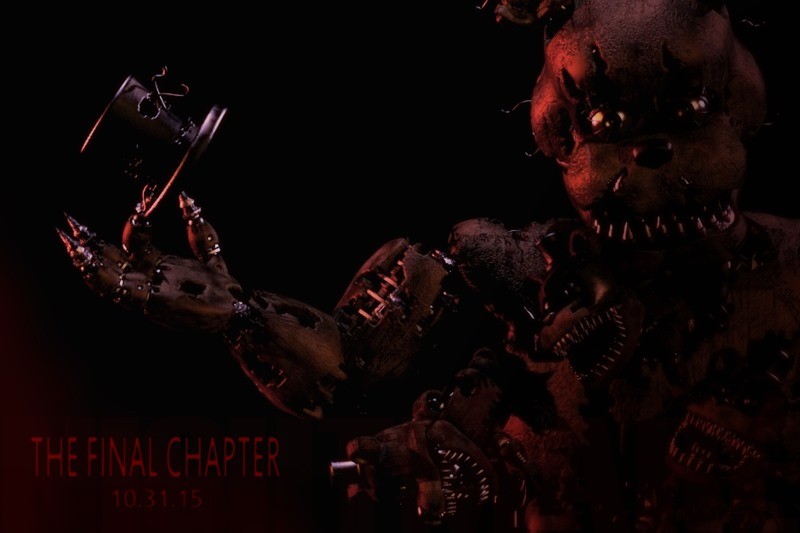 Who needs sleep anyway? Compare this teaser to the header image above – it looks like Freddy Fazbear has been klapping some serious roids!

Will this be the swan song of the series? The words ‘The Final Chapter’ seem to indicate such. It’s something I am having trouble believing though. Call me crazy, but if a game sees 4 releases in the space of 14 months, I don’t expect it to go away anytime soon. For all I know, we could see title 5 and 6 by this time next year!

I’ve yet to play any of the Five Nights at Freddy’s titles (I’m not the biggest fan of horror games). What about you, have you readied clean underwear in preparation for the 4th shift?