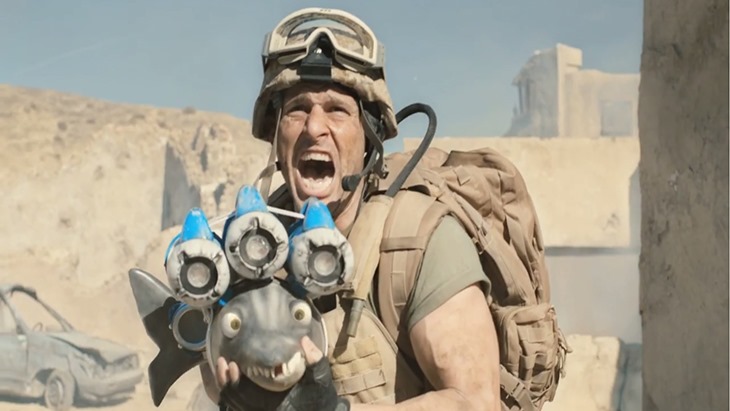 A rather odd Plants vs. Zombies: Garden Warfare trailer shows off the “chum gun” a “porpoise built” launcher of delicious chum. I would like to formally apologise for that awful pun.

The trailer is mostly live action save for a brief  snippet at the end showing off the weapon in-game. It’s purpose seems to be a close range shotgun spray-like weapon. The game is running on the Frostbite 3 engine which seems to be a good match for a third person shooter. For those who don’t know, Garden Warfare is a departure from the series traditional top down tower defence gameplay. In Garden Warfare you are able to directly control (via third person camera) units and towers in a similar vein to a “Toy Soldiers” or “Trenched”. The weapon and unit classes will all have different attributes and skills.

The game will only be multiplayer, meaning that you and 23 other players will all play on either the plants or zombies side. It’s a pretty bold move from PopCap Games that I’m not too sure will go down too well with some people. Making it an online or only co-op experience takes it from the league of casual wave based tower defence, to basically an online shooter. In any case, I hope this gels well with fans of the series, and myself who is completely new to the series. Look for my review on Plants vs. Zombies: Garden Warfare soon. The game comes February 21st in Europe on Xbox 360 and Xbox One and Worldwide on PC (much to most people’s chagrin) on the 27th of February.