Before Heavy Rain put Quantic Dream on the PS3 map, the studio created a far more mature and disturbing game on the PS2. Anyone who has played Indigo Prophecy will tell you that Quantic’s more modern work pales in comparison on various fronts, especially when it comes to violence and sexual content. I have no doubt a sequel would go down extremely well – and that could be what Quantic Dream is teasing.

Late last year the studios Facebook Page teased that something would be revealed in January. In case you haven’t noticed, we’re nearing the end of the first 2015 month already, so Quantic dream doesn’t have much time to deliver on that promise. All of that makes the appearance of a teaser site all too convenient, with the seven down countdown ending on January 28th.

It’s also not really about the counter itself, but rather what’s around it. Messy, scribbled writing surrounds the timer, with words such as “guilt”, “chilling” and “prophecy” standing out the most. The writing bears an uncanny resemblance to the box art for Indigo Prophecy, which wore the tagline “Guilt is a Chilling Feeling”. Coincidence? 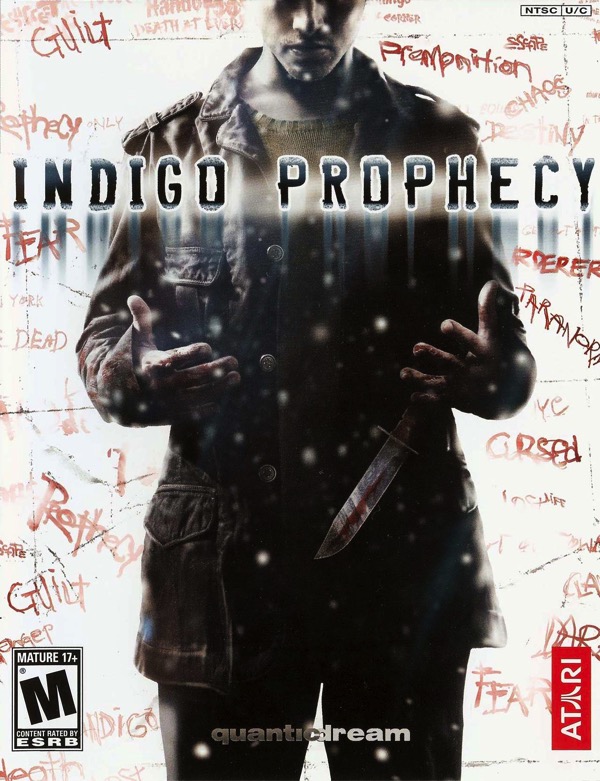 Well, there’s very little evidence that Quantic Dream put up the website, other than the fact that it’s hosted in France. It could be that David Cage and his team are teasing a sequel to their hit title, or simply marking the return of the PS2 classic in the form of a re-master. Either idea could end up working out, if it turns out that the site actually belongs to Quantic Dream.

So right now the only thing we can do is wait. I’m all for a remake of Indigo Prophecy on new consoles, especially since I never actually got to finish the damned supernatural murder mystery. I also need something good to wash the taste of Beyond: Two Souls out my mouth.