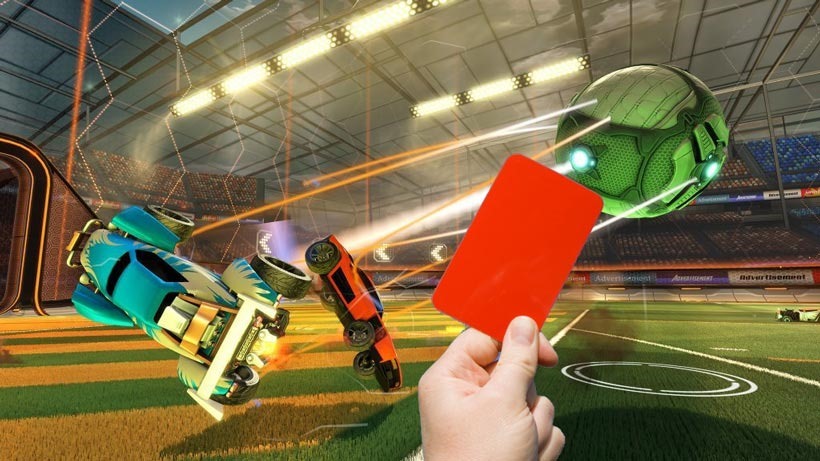 Just like real soccer/football/ball-kicking, Rocket League is the kind of game where a decent gain in points scored can quickly be reversed into a rear-naked chokehold that is followed by a trip to Suplex City. I’m not good at sports, but what I’m saying is that you can lose very quickly in that game.

Like those poor bastards I played against last night in Rocket League who went down 7-2. Blue team never knew what hit them. I just wish my car colour wasn’t blue that night so that I could fit in with the orange team and oh craaaaaaap.

Moving on from glaring own-goals, Rocket League also suffers from one other phenomenon that is sort of unique to soccer: Rage-quitting.

And while trying to get an Oscar nomination by hitting the pitch with a performance worthy of an Academy Award nomination isn’t an option in Rocket League, hitting the pause menu and straight-out quitting certainly is. And that’s something that needs to stop.

Developer Psyonix has a new update for the game out, that’ll penalise players who do just that:

Other main event patch notes include:

That’ll teach the sore losers. There’s a ton more through the original link, as the game is getting plenty of bug fixes, user interface enhancements and unlimited rocket boost within the training mode. Wheeeeeeeeeeeeeeeeeee! ROCKET LEAGUE!